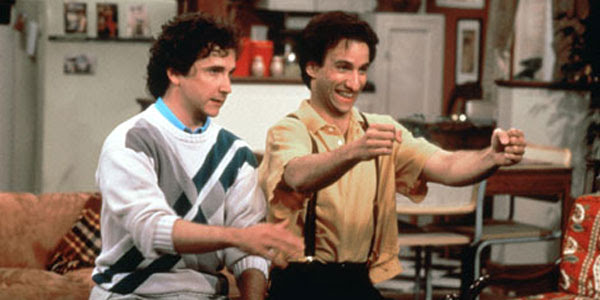 Living alone can be great. No one eats your food or leaves a mess for you to clean up. The bathroom is always available when you need it and you don’t even have to close the door if you are so inclined. As the king or queen of your castle, you get to watch what you want on TV, be it old episodes of Star Trek: The Next Generation or day-long marathons of Bizarre Foods with Andrew Zimmern.

Did you know Andrew Zimmern was once a homeless junkie? You would if you lived alone and had tons of free time on your hands to read about shit like that on the Internet. If you live alone and are inclined to get stuck in the Internet K-hole of your favorite celebrity’s drug habits night after night, then it might help if you had someone else around to distract you.

When you can’t stop your virtual pat down of a man known for eating the penises of pretty much every animal out there, a roommate might be able to help you give it up and try something else. Maybe they will show you something simple like a new food or a new band. Your roommate might know about a cool bar or restaurant you’ve never been to. They might have friends that eventually become your friends, who later introduce you to their friends and so on and so forth.

Not only do roommates make life less boring, they can also help save you big money. Hopefully, your roommate is the kind who pays rent. Your new roomie should also be chipping in their fair share for the utilities and other household expenses like beer and weed. All that chipping and splitting means beaucoup bucks in your wallet!

When they aren’t saving you money, roommates are saving you time. Depending on your skill set, you and your roommate might be able to split up the cooking duties. This arrangement can be great if you’ve had a long day at work/school and don’t want to make dinner. Aside from cooking, the biggest time saver with a roommate has to be cleaning. It takes forever to properly clean a house when you live alone. With a roommate, you can divide and conquer the task in a fraction of the time.

Not everything is smooth sailing when you move in with someone. With only one fridge in the house, shopping can present its own set of problems. You can each shop separately for your own needs, but then you end up with two of everything and not enough room for it all to fit. You might also end up throwing a lot of expired food away at the end of the week that your roommate also bought and threw out. If either of these problems comes up in your house, you and your roommate may want to consider sharing the shopping duties too.

Sharing is great when it works, but that doesn’t always turn out to be the case. We all pick bad roommates from time to time. We might move in with a friend only to find out that living with them is pure hell. Sometimes we don’t have a choice and events outside of our control force us into bad living situations with terrible people. If you do have a choice about who you are living with, take your time and choose wisely. It can make all the difference.

I speak from experience. I made the wrong choice once. His name was Bryan and it was my sophomore year of undergrad. I was moving into my first apartment after living in the dorms, making this the first time I chose who I was to live with. My friend tricked me into getting an apartment with he and Bryan and I regretted it almost from the get go.

Within a week the kitchen sink was full of nasty-smelling dishes. Despite my protests, this remained a problem for the entire year. When he wasn’t stacking dirty dishes Bryan was stacking garbage. Bryan would wait for the garbage to be overflowing before he would take it out. In his defense, he may not have been able to notice with all the bottle caps, cheeseburger wrappers, half drank bottles of beer and loose change he had spread liberally across the carpet like little landmines in the dark.

Bad roommates like Bryan can ruin a living situation, but they aren’t all terrible. The majority of the people I’ve lived with have been great. We’ve all gotten along by treating each other with mutual respect and common courtesy. It’s really that simple. The key to being a good roommate is, don’t be a dick. Find someone else who shares that idea and you might find yourself eating, drinking, spending and resting better every day.