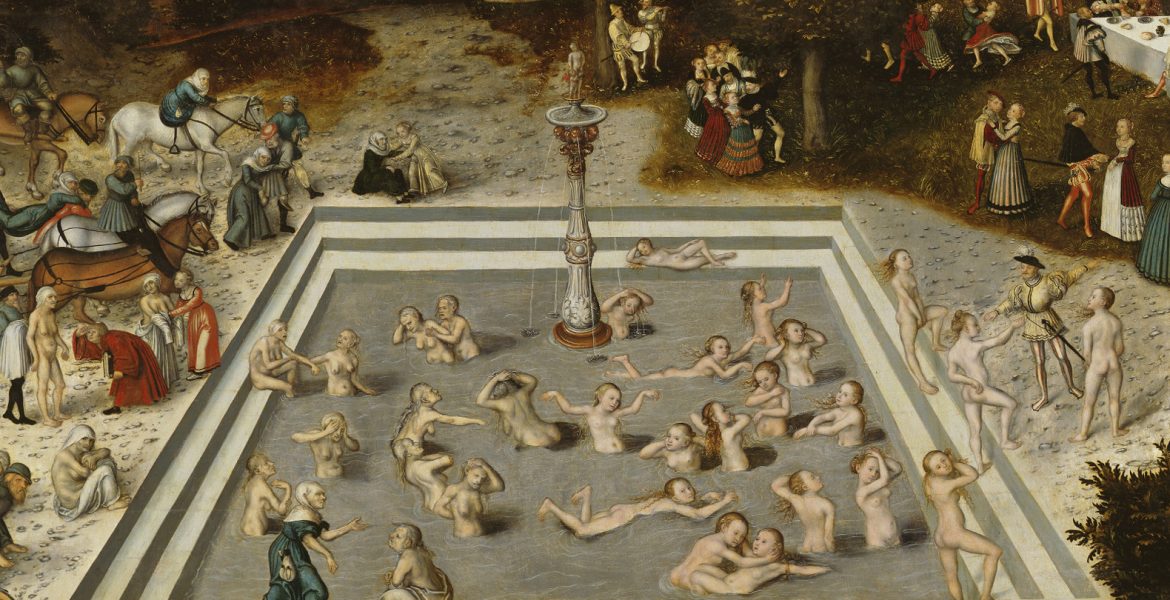 I realize the mood of this space has been somewhat dour of late. This may lead you to believe that I’m a grouchy, old prick most of the time. The truth is the opposite. I’m usually disgustingly jovial. So much so that I’m surprised I haven’t written a column about how being happy most of the time pisses me off. (Don’t worry, this won’t be the subject of this issue’s column … at least not that I’m aware. I can get extremely stream-of-conscious-y on Sunday mornings, so anything is possible … uh … where was I?) This issue is a celebration, right? Issue no. 300! I believe it was my suggestion to keep a running issue count a la DC Comics, because I imagined “special, double-sized issues” and things of that ilk. Milestones are cool. I can’t believe I managed to write nearly 300 of these columns and be mostly happy with all of them, so forgive me if I pat myself on the back.

I was a young pup of a thirty-something, merely cultivating my arsenal of non-sequiturs, when Melissa and Jono started Submerge. Now I’m a long-in-the-tooth, happily married forty-something, doing my best to get into Lizzo lest I slip into blissful irrelevance. I mean, I think I’ve aged OK, but I grew a beard to be on the safe side—a thick coat of scruff covers wrinkles, right?

I’d like to think that Submerge has aged well, too. As an editor, I’ve been honored to work with so many young writers who’ve passed through this publication. I love seeing voices change and evolve over the years. They’ve taught me a lot about how a younger generation views the world, which in turn, keeps me young(ish).

So working on Submerge helps me feel old-young, or young-old, or something like that. Not that there’s anything wrong with getting or being older. I mean, sure, we all know where aging leads, and it’s not entirely pleasant. But that’s the way of things, unless modern science discovers the elusive Fountain of Youth … which of course is a clumsy way to segue into an article I’ve read where scientists may have done just that.

In Amit Malewar’s article, “It Might Be Possible to Reverse a Person’s Biological Age,” for Techexplorist.com, Malewar reports that a recent study by a group of scientists in California yielded some remarkable and unexpected findings.

“The study involved nine healthy volunteers, who were given a cocktail of three common drugs for a year—growth hormone and two diabetes medications,” Malewar writes. “When scientists analysed marks on a person’s genomes, they found that the volunteers aged backwards—losing an average of 2.5 years from their biological ages.”

Of course, this is a very limited sampling. I did the math, and nine out of 7 billion is, like, er, a miniscule percent. Still, it’s perhaps kind of exciting, right? I mean, I didn’t look or feel that much better than I do now when I was in my teens or whatever, but maybe you did. I guess for people like that, turning back the clock a few years would be appealing. Imagine being 19-year-old you and having all the wisdom and knowledge you have now. You definitely wouldn’t have worn your hair like that, right?

I’m exaggerating, of course. An average of just over two years really isn’t that much time. What does that equate to in how many more bacon cheeseburgers you could squeeze in before the inevitable happens? Seven? Hardly seems worth it (JK, it’s totally worth it). And I doubt your insurance would cover that. Aging is a pre-existing condition, right?

Who knows, though—maybe this will lead to a revolution in medicine, and aging will end up being a thing of the past. We’ll all just live forever (or at least the people who could afford it would), and we’ll be stuck with people like Mitch McConnell until the end of time. Though, honestly, I think we’re going to be stuck with him forever regardless.

But then I could realize my ultimate dream, of being around for Submerge no. 1 million and write a pithy column from Moonbase Sacramento about Emperor-President Donald Trump’s 50,000th term in office and how his tariffs on the Romulans are ruining the Interspace Commerce Treaty (ICT). And the cover of that issue will definitely have a hologram. Like The Amazing Spider-man 365 30th anniversary issue. Featuring Dance Gavin Dance. Make sure you put that thing in a collector’s bag.