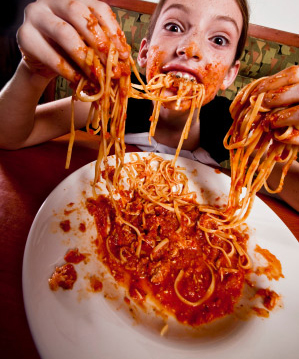 I love food. I should weigh 500 pounds. I’ve never met a cuisine I couldn’t enjoy in some way, shape or form. I sometimes do an involuntary little food dance in my seat. It sort of looks like a dog wagging its tail accompanied by some lip smacking. This dance worried my ex, as she thought it meant I could someday need the assistance of a forklift to get out of bed. While I am nowhere near that point, I do find it hard to turn down food.

Food is the window into the soul of a people. You will not learn more from reading about or visiting a country than you will from eating its food. Food offers insight on regional climate and what types of plants and animals rule the land. It can fill you in on religious beliefs. It can help an outsider find the cracks in a seemingly homogeneous population. It’s full of nuance, color and most importantly, flavor.

If you are familiar with flavors and ingredients, food can encapsulate the history of a country. The use of this spice or of that herb will show you who conquered who. Even after people are beaten into submission, their food will often work its way into the conqueror’s heart. It is that powerful.

With such a culinary dynasty at stake, local cuisine needs a defender. Thank God/Allah/Yahweh/Buddha/Vishnu/Xenu for the chef. A good chef is in the details. He knows what’s in season and how to use it in an unexpected yet undeniably delicious way. He slices, dices and juliennes his way into our hearts and minds. He owns a deep fryer and has a vast knowledge of cheeses. For most chefs, it’s a pretty thankless job and a catch-22 at best. The better you do, the more you work and the more you have to deal with idiot customers who have no idea what good food is.

Now when I say good food, I’m not restricting myself to “four-star” dining. A $2 hot dog can be amazing if it’s done right (or if it’s 2 o’clock in the morning and I just drank my body weight in vodka). Asian cuisines are unparalleled for their freshness. When it is cold and raining or when you are sick, a bowl of pho or tom ka gai will hit the spot. Italians (at least in the south) have mastered the combination of tomatoes and cheese. It may seem simple, but pizza is an art form. The French have a rich velvety sauce for everything. Curry and naan make me want to abandon my worldly possessions and move to India. Just writing this paragraph is making my mouth water and my stomach rumble with anticipation.

Speaking of mouth watering, there is one particular food that gets me every time: bacon. Underneath that mass of usually pink flesh known as swine lies a slice of heaven. Regular, thick-cut, peppered, maple, glazed, slab… it matters not; just crisp it up and enjoy. And enjoy you shall, as bacon goes with pretty much everything (sorry Muslims and Jews!). There are the obvious breakfast concoctions, and many of us have enjoyed a rare bacon-wrapped filet mignon, but did you know it even tastes good with chocolate?

Bacon on everything is a pretty great rule, but we shouldn’t sleep on bacon’s breakfast homie, the humble yet versatile egg. Huevos rancheros, egg drop soup, eggs Benedict, eggs in tuna salad…the list goes on. When you have something that is already tasty, but want to take it to that next level of near godliness, put an egg on it. A hamburger is something else entirely when you top it with an egg cooked to sunny side up perfection. I recently ate something in Portland, Ore., that was even more egg-mazing than that. It’s called a Reggie Deluxe and it consists of a piece of fried chicken, topped with thick cut bacon, cheddar cheese, a fried egg and sausage gravy. This heart-destroying mound of steaming goodness is then bookended by a thick, warm, hand-made, buttery biscuit. I nearly died that day, my friends, but what a way to go!

We eat to survive, but there is so much more to it than that. I would argue that food, as much as if not more so than music, art and politics, defines who we are. It connects us when everything else tries hard to drag us apart. They say we are what we eat; truer words have never been spoken. Bon Appetit!