Get Back to Work, Slackers 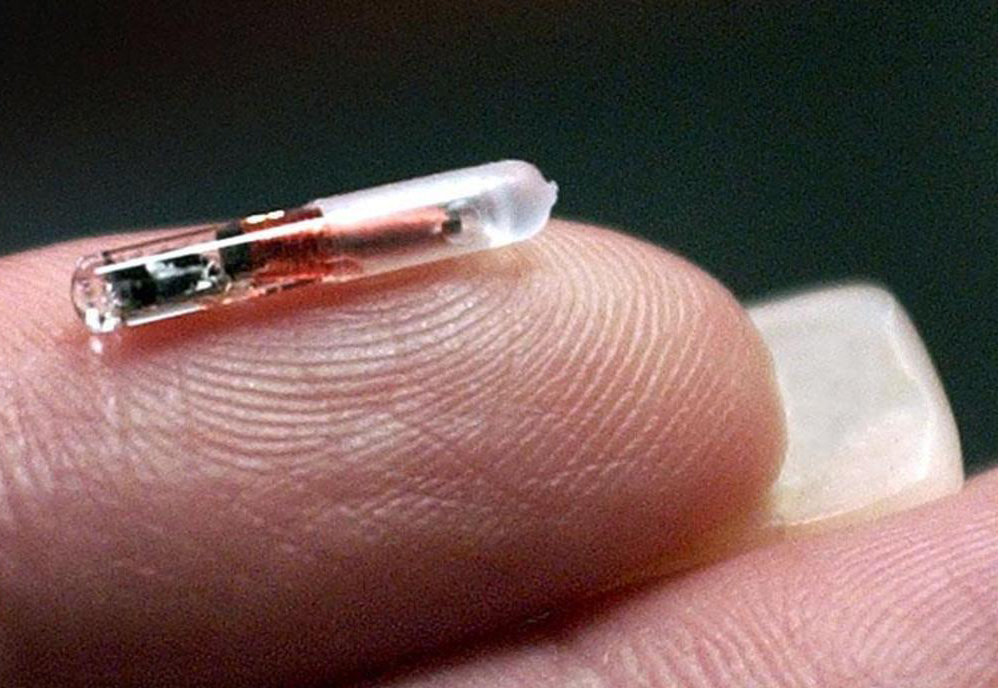 There are few things more joyous than hiding from work. Your boss is a slave driver, always demanding more work for the same pay. It’s just not fair! The only way to even things out is to come in a little late, leave a little early or hide somewhere in between. It’s one of those little things that can make an otherwise unending work day a little more bearable, and it’s a wonderful way to stick it to the man. Unfortunately, some jack hole in Wisconsin is trying to mess it all up now.

Three Square Market is a Wisconsin-based company that develops software systems for vending machines. That sounds extremely boring and apparently it is because now the big wigs at Three Square plan to expand into the business of turning their employees into cyborgs. Three Square Market recently announced a program to install microchips between the thumbs and forefingers of employee volunteers, because, I don’t know, computers are cool, I guess?

According to the Washington Post, “The RFID (Radio Frequency ID) chips would allow those employees who volunteer to participate in the program to open doors, pay for purchases, share business cards, store medical information, pay for stuff at other RFID terminals and login to their computers … all with a wave of the hand.” I don’t know about you, but those sound like pretty trivial tasks to me. Most of these things can already be done by your cellphone, so why have a device implanted under your flesh by your boss?

Employees of Three Square Market, are you sure you really want this chip in your hand? Is the prospect of buying your cafeteria lunch by waving at it really worth your privacy? The company claims that it won’t be using the technology to track the movements or location of employees, but that is a thing that tech companies say and don’t really mean. After all, what’s to stop them from upgrading the tech after it has been implanted to add “new functionality” like location tracking? These guys are software engineers and they like to update things, so it’s not outside the realm of possibilities.

Once they start tracking people, the jig is up! No more extra snoozes in the morning and rolling in a few minutes late. No more extra smoke breaks or long trips to the bathroom and you sure as shit are not going to skip out early. They got you, they know about all your little shenanigans and they are putting a stop to all of it.

That’s how it all begins. The folks at Three Square Market will eventually want to gain a little more control over their employees, and suddenly, the implants aren’t voluntary anymore. Before you know it, the RFID chips come equipped with a shock mechanism to keep employees in line and focused on their work. As time goes on, more and more modifications and additions get made, until eventually, Three Square Market has themselves a cyborg army, and they are using it to take over the world.

It all makes sense now. Three Square Market has been trying to kill us for years with various vending machine-delivered foods and drinks. They thought that high fructose corn syrup and salt would be our demise, but they underestimated the resolve of the American gut and the wide availability of diabetes and blood pressure medications. Now they have a new plan: filling us with microchips to take over our brains!

Sure, Three Square Market will sell the implants as the ultimate convenience and it will be, just mostly for them. While you are out waving your stupid greasy mitts at doors and cash registers, Three Square Market will be hacking your goddamn mind and forcing you to buy too many bags of Funyuns and Snickers from their vending machines. One day you’ll find yourself covered in onion dust and caramel, hooked on the junk and willing to do anything for another fix, even if that means killing someone.

The writing is on the wall, people! The threat is real and it must be stopped before it’s too late. This could be the beginning of Skynet or the tipping point toward the Matrix for all we know. If nothing else, we may be at risk of losing all those wonderful micro breaks to which some of us have grown so accustomed. We would be foolish to let this insane idea go unchallenged. Say no to the chip; the future of humanity depends on it!