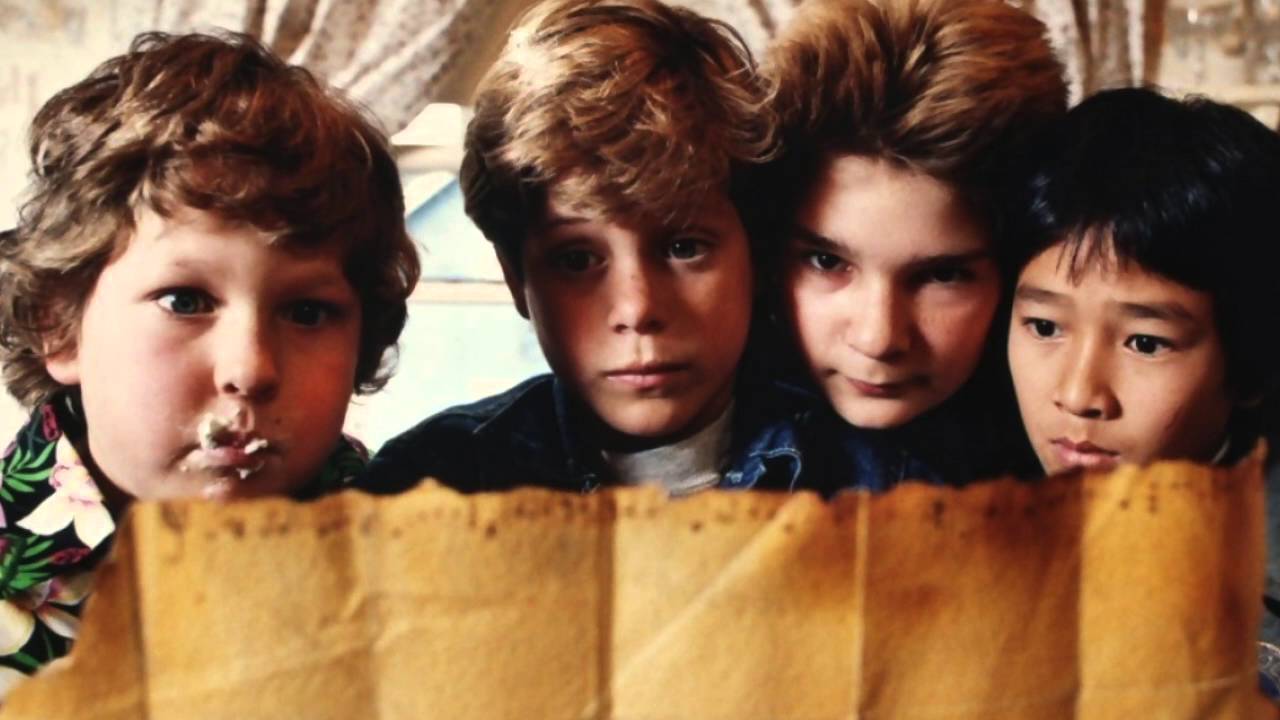 I know we’ve been talking about movies a lot lately. It probably has something to do with me being currently unemployed and having a lot of free time on my hands, so what are you gonna do? Movies are more than a cheap way for me to kill a couple of hours. Movies are a way to escape the mundaneness of everyday life. They give me something to hope for. They give me characters to fall in love with.

That’s what happened when I watched The Goonies for the first time all of those years ago. The gang was made up of misfits and losers, but they didn’t see themselves that way. They were adventurous, hilarious and courageous in their minds, and by the end of the movie, they had me believing it too. They also had me wondering what happened to these characters after the credits rolled.

You may recall that the reason for the treasure hunt in The Goonies was that Mikey’s family was in danger of losing their home to greedy developers that wanted to turn their neighborhood into a golf course. Mikey’s parents couldn’t come up with the cash to save their house and the family was preparing to move; that is, until Mikey and his friends found a map in the attic that leads to One-Eyed Willy’s pirate treasure. Map in hand, the gang set off on their quest to save the ‘hood.

At the end of the movie, Mikey gave a marble bag full of pirate treasure to his parents to save the house and everyone rejoiced because the neighborhood was saved, but were they really?

Mikey had pirate treasure and I’m not sure the bank or the greedy developers trying to screw them out of their house would accept payment in the form of jewels. That means Mikey still needed to sell the treasure to pay the bank in time. Since they needed the money ASAP, Mikey would probably not get the top price for his treasure.

And then there are the tax ramifications of the treasure find. The IRS taxes found treasure as income for the first year it is found. Mikey’s dad said that the jewels should be worth more than enough to save everyone’s homes, which sounds like a lot of money. That means the family would owe a lot of taxes, but would there be enough treasure left for the tax man after the bank got theirs?

So, despite the gang’s heroics, Mikey’s family may still have lost their house, only now to a tax lien instead of a golf course. That’s certainly not a rosy ending for our main character, but what about the rest of the gang?

The road ahead for Mikey’s friend Chunk and Chunk’s newfound companion Sloth seemed to be a tough one. At the end of the film, Chunk volunteered his family to act as caregivers for the mentally handicapped and disfigured Sloth. This was all done without any apparent consideration of what that care might entail.

Sloth appears to be an adult of limited intellect and even more limited means. That’s not something that a couple of truffle shuffles are going to fix. Hopefully, Sloth qualifies for Medicaid, but if not, Chunk’s family is in for a big surprise.

Life looks like it was going to be better for Mikey’s friend and fellow Goonie, Data. You may recall that Data was responsible for the gadgets that saved the Goonies’ asses from the Fratelli family that was chasing them throughout the movie. Given how well the gadgets stopped the Fratellis, Data could surely make a fortune in the non-lethal personal defense business after their adventure was over. If that didn’t work out, I’m sure the S&M industry might be interested in getting its hands on some Pinchers of Peril.

One thing is for sure, the Fratellis will want to get their hands on the Goonies for ruining their plans. That means someone would need to testify against the Fratellis to ensure they end up behind bars. As the groups spokesperson, that role would fall to Mouth, played by Corey Feldman.

Fortunately, thanks to another film, The Lost Boys, we actually know what happened to Mouth after he agreed to testify against the Fratellis. To keep their star witness safe, the District Attorney placed Mouth in the witness protection program, moved his family to the small beach town of Santa Carla, California, and changed his name to Edgar Frog. Little did they know, the town was rampant with vampires and “Edgar” was caught right in the middle of it.

Knowing what happened to Mouth is fine, but wouldn’t it also be nice to know if Mikey loses his house to the Feds, if Chunk abandons Sloth or if Data becomes an S&M kingpin? We don’t know what becomes of these characters because the movie ends before we can find out, and that’s too bad. These characters enrich our lives and shouldn’t just cease to exist because Hollywood wants to move on to the next thing. If the Goonies never say die, why should we?