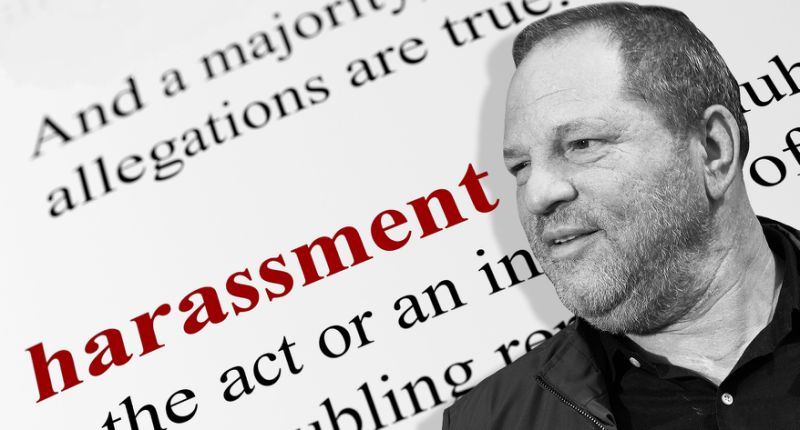 It’s official: One of our few remaining guilty pleasures has been spoiled. Thanks to rapists and perverts, we can’t watch movies or TV anymore since people involved at every stage of their creation are sick bastards. In case you haven’t heard, a bunch of actors, showrunners, directors and producers working for major Hollywood studios have been accused of sexual harassment or outright rape in the last month. It’s the kind of story someone should make a movie about.

The stories that have come out thus far have been eye-opening, to say the least. Kevin Spacey is being accused of preying on young men. Louis C.K. admitted to jerking off in front of at least five women after cornering them and “asking for permission.” Brett Ratner taunted Ellen Page about being gay in front of the entire crew on the set of X-Men before she came out and has been accused of other dirt-baggery, included forcing a 19-year-old Natasha Henstridge to blow him at the start of her career and jerking off in front of Olivia Munn.

Harvey, of course, is Harvey Weinstein—the shit stain on the drawers of life who started this reckoning in the first place. So far, several dozen women have come forward with accusations against the producer of pretty much every movie from the last 20 years. Harvey has been accused of forcing young actresses into giving him nude massages, blow jobs and sex against their will. Bizarre stories of him jerking off into potted plants in public and forcefully performing oral sex on an actress during her period have also come to light.

Given the number of women and the high profile of the offenders involved in these incidents, many are wondering why we are only finding out about this now. The sad truth is that rumors of these events have been leaked to the press for years. Many involved in the film trade had privately warned their friends to avoid those in the business with this sort of reputation.

This system survived for years because the Hollywood elite used their connections and money to silence their accusers, but the problem grew too big. Now it appears that the tides may have changed. While several people have been called out for their behavior, it is not clear if Hollywood is done purging its worst offenders. I, for one, won’t be surprised if more of these assholes are exposed. After reading the stories of the abused, this seems to be a big problem in Hollywood.

Most places I’ve worked provided some form of training on sexual harassment in the workplace. The training usually comes in the form of an instructional video explaining the dos and don’ts of interacting with your fellow co-workers. These videos are often poorly produced and dated and now I understand why. It is clear that no man in Hollywood has ever watched one and certainly hasn’t been involved in the making of one.

Perhaps that should be the punishment for those in Hollywood who’ve committed these heinous acts. Why not force Harvey Weinstein and Brett Ratner to finance and produce a sexual harassment prevention video written by Louis C.K., directed by James Toback and starring Kevin Spacey as that creep who likes to sneak up behind you and rub your shoulders, and Bill Cosby as the guy who slips you roofies.

It’s really not that hard. This is pretty commonsense stuff. Basically, all you have to do is not be a complete and total asshole. Remember that the people in your employ are people with thoughts, feelings, fears and dreams, and they don’t need you to pull your dick out and ruin everything they have put their lives into. Taking advantage of people while in a position of power is disgusting and should only be rewarded with public condemnation. The men and women who have found the strength to come forward with these accusations are heroes. Let’s just hope that their cries are not forgotten again.