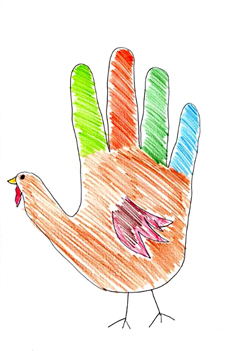 Go find your fat pants… Thanksgiving is here! Turkey Day is one of, if not the best, American holidays. For a nation known for mass proportions, it’s always comforting when gluttony is openly encouraged. Each year toward the end of November, families battle through traffic and with each other to get at plates loaded with turkey, stuffing, mashed potatoes, cranberry sauce and pumpkin pie. Some even honor the day by actually giving thanks for what they have. This “thanks giving” truly is a lovely gesture with all the right intentions, but I don’t think it’s exactly what the pioneers of Thanksgiving had in mind for their holiday.

Historical figure and signor of the Declaration of Independence, John Hancock, created Thanksgiving in 1621. Hancock loved to get down, and in late November of that year, Johnny boy decided to throw a rager. He invited everyone who was anyone at the time, promising those who made the trip that they would be swimming in booze. The invitations read, “Happy Dranksgiving!” but due to Hancock’s flowery script, most invitees read it as “Happy Thanksgiving!” Believing they were being honored by Hancock, some prominent celebrities of the day turned out for the shindig.

The first to arrive did not have to travel far. Wilbur Butterball III was John Hancock’s well-to-do neighbor and family friend. Butterball had made a name for himself in the quail and dodo bird business up until 1620, when he had begun hawking a new kind of bird, the turkey. He liked to tell people that his birds represented those jive turkeys otherwise known as the English and he invited his customers to go home and rake the Brits across some hot coals. He even installed a thermometer on each turkey so that buyers would know when justice was served.

Also in attendance that day was Betsy Ross. After catching a glimpse of Butterball’s turkey, Ross was inspired to create an icon we have all come to know and love: the turkey hand. Ross traced the outline of her hand on everything, adding beaks, feet and that flap of flesh under the chin I lovingly refer to as the gobbler. Kindergarten would never be the same. It was also at the first Thanksgiving that Ross met the wealthy Butterball. The two fell in love at first sight, much to the chagrin of Ross’ date, General Custer.

Custer had spent the last few years wooing Betsy, and they were finally set to wed in the spring. The General was not a fan of Hancock on account of his too-pretty signature and had planned to skip the event until Betsy convinced him to go. His attendance at the first Thanksgiving proved to be disastrous. Once Betsy got drunk enough, she began to freak dance on Butterball. There were gyrations. Thrusts were made. Custer’s temper flared.

Sitting Bull also received an invite and he could never turn down a free meal (especially since the food being eaten by everyone was rightfully his). Custer, who was not a fan of Sitting Bull, spent the whole night mocking the native’s long braided hair and beaded leather pants. Sitting Bull was no chump and he offered to meet Custer at Little Bighorn to settle their disputes once and for all. Custer said he was prepared to make a stand; little did he know it would be his last.

The argument was a real buzzkill, and Hancock’s party was near ruins. It was at that exact moment that Quetzalcoatl, the Aztec feathered serpent god of fertility, showed up. The deity had been stuck in traffic for three hours while “some asshole just sat in the middle of the road with his hazard candles lit.” The other guests were in need of some fun, and Quetz (as all the hep-cats called him) was the craziest guy they knew. He quickly introduced everyone to the new drinking game he had created just for the event called, “I Am Thankful For.” Each person was to name something they were thankful for. If the thing someone was thankful for makes the person before them look like a worse human being for not coming up with that same response, then that person has to drink. It didn’t take long for everyone to get trashed and all of that positive thinking (and excessive drinking) raised everyone’s spirits. Quetzalcoatl had saved the day!

They might not have known at the time, but these pioneers created something special that day. Hancock’s party that day was so successful that we still celebrate it 390 years later. We honor them by eating until our belts must be loosened and our pants unbuttoned. We praise them by drinking until we can barely stand. We relive their good feelings by going around the table and saying what we are thankful for. Perhaps this year, you will remember these titans of history and give thanks to them for this wonderful day known as Thanksgiving.