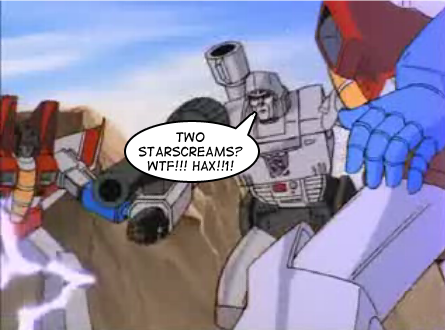 It used to be so cute. A little snooping here…a smidge of copyright infringement there; most of us didn’t even notice. Things went on that way for a number of years. I’m too lazy to pin down exactly when hacking came to the attention of the populace, but I’d guess it was sometime around the release of The Matrix. I mean, Neo saved Morpheus, hacked Agent Smith, presumably boned Trinity and freed himself from the Matrix, all in about 90 minutes! The nerds of the world saw that shit and caught hacker fever.

So while most of us continued to waste countless Internet hours on AOL, Friendster, MySpace and eventually Facebook, hackers built a culture complete with its own beliefs, desires and language. Then they started picking targets.

In the last few years, the world saw a glut of once private information taken by hackers from companies and individuals alike. It’s been a liberating, informative, entertaining, painful, damaging and eye-opening run. Through it all, hackers have garnered fans and enemies.

For those who hate them, there are plenty of reasons to complain. Getting your credit card number jacked and posted on some hacker forum is not cool, and having your identity stolen can be a nightmare. While I can think of a few people who wouldn’t have a problem sending e-mails about Viagra and other dick-enhancing drugs, most people would prefer if those kinds of e-mails didn’t go out with their names on them.

Like the subject matter of their spam e-mails, hackers can be dicks. Reporters from an English newspaper owned by News Corp. (the parent company of Fox) hacked the cell phones of a kidnapped teen and the victim of a terrorist bombing. As if this wasn’t bad enough, the reporters even deleted messages to make room once the voice mail inbox was full. Police have a hard enough time finding the right people to punish; do we really need someone to make matters worse?

Of course, it’s not all bad; there are also good hackers. Some of these good hackers are called “white hats.” White hats use their knowledge and skills to improve the security of governments and businesses. They design programs to prevent hacking attacks or to stop them once they have been launched. These people are the reason why your computer works (most of the time) and why you have been getting away with using the same Hotmail password since 1998. These are all great things, but the white hats aren’t the only hackers doing good out there. Take Wikileaks, for example.

The information released by Wikileaks changed the world. Documents obtained by hackers and given to Wikileaks confirm our suspicions that the world is truly a fucked up place. We’ve learned that government leaders will say anything to appease the populace, even if they have no intention of following through with it. Their release has caused massive uprisings in Africa and the Middle East, toppling power structures that the west thought could not be moved.

Hackers have brought the ultimate elbow-nipple-twister to pinch us out of our long techno-slumber. Our eyes are finally open and we have questions…questions like: “Can you please not hack me?” “Is it cool if I blame you for my accidentally released dick pic?” “Why did you have to send my grandma that penis pump e-mail?” and “If you happen to hack Citibank again, will you please delete my student loan?” You know, the important stuff.