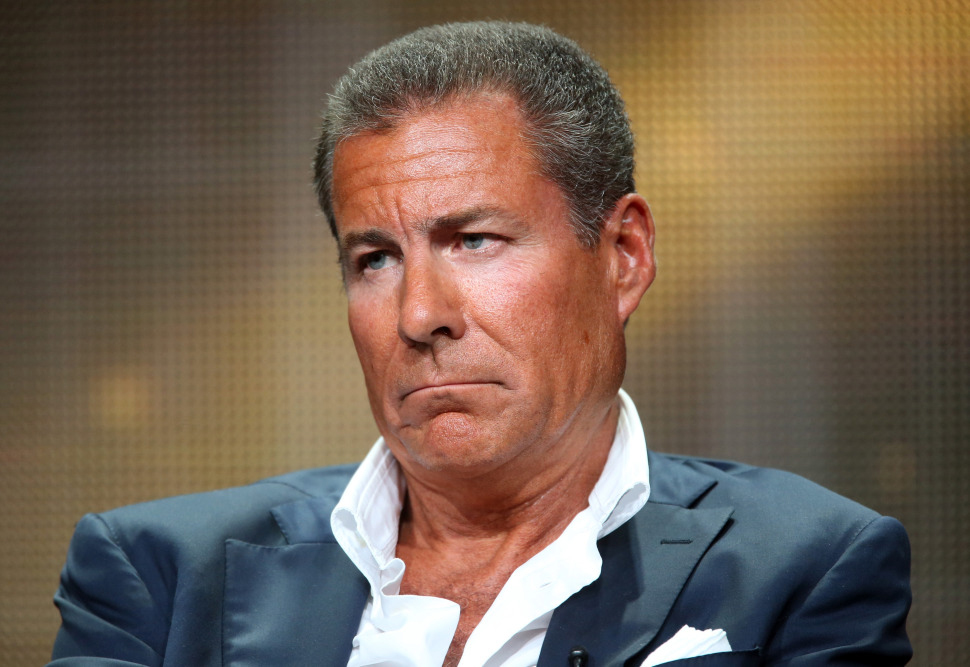 It happened again. HBO has been hacked and some emails, scripts and unreleased episodes have started leaking online. Last time this happened, Sony was the target of what is generally believed to be government-sponsored, North Korean hackers. The North Korean government supposedly hacked Sony for releasing a shitty movie with James Franco and Seth Rogan that no one would have seen if it weren’t for the hype created by the hack, so … mission accomplished!

A lot of embarrassing emails were released in that go around and Amy Pascal, the head of Sony, ended up resigning her position and leaving the company. It was a real shit show over at Sony for quite a while after that hack, but this HBO thing has been relatively quiet. We’ve only seen a few emails, a couple of scripts and an episode or two of Ballers leaked so far, despite the fact that the size of the stolen data is significantly larger in HBO’s case.

I haven’t seen Ballers, but I’m willing to wager that the leaked episode had no shocking reveals or plot twists. People may not have even noticed it was a new episode since they are all probably the same anyway. I’m guessing in the leaked episode, The Rock wears tight shirts, hooks up with lots of girls, parties with athletes and locks down an important “business deal,” all while making fun of Rob Corddry’s dad bod and laughing at his jokes. Oops, I might have just leaked the next episode!

I’m sorry HBO. I’m sorry the previous paragraph contained the plot summary of every episode of Ballers that can ever be written. More importantly, I’m sorry you got hacked. That really sucks. It sucks for me, too. I have to be extra careful reading the internets now in case there are Game of Thrones spoilers out there.

I was also going to apologize for reporting on the contents of some of those hacked emails, but it turns out I won’t have to. All those Game of Thrones spoilers made it difficult to prepare for this column, so I decided it was better if I didn’t. So, instead of reporting on real hacked emails, I’ve come up with a few “emails” that I suspect may be floating around the hallways of HBO’s corporate headquarters for you to peruse. Maybe you could read these instead of talking about what is going to happen to Jon Snow next week, OK?

This situation is unacceptable. It’s starting to smell like a rotting corpse around here and we need to clean this mess up. Every time I see it, I feel sick to my stomach. The Leftovers aren’t good anymore and need to be thrown out! Casey, besides your duties as program director, you are also on rotation for the executive kitchen supervisor this month. I expect you to handle the problem ASAP.

Word has come down from the CEO himself that The Leftovers is getting the ax. I, for one, am at a loss for words. I was under the impression from marketing that the numbers were good, but Plepler called it a rotting corpse and told me to handle it. We have an hour to fill in our schedule now. Can someone call up Mark Wahlberg and order up some more episodes of Ballers to fill the gap? Also, has anyone seen the air freshener? Our executive kitchen is disgusting and I’m on kitchen duty this month.

Great job on Season 7 of GoT, gents! That dragon battle was a real sight to behold. I realize that filming for this season is wrapped, but I just remembered another loose end for us to tie up. We’ve left poor Gendry to row around Westeros with nowhere to go. His arms must be huge by now! What if we have him turned into a white walker by the Night King and force Arya to fight him and his super strong arms? It could make for some real exciting television. Anyway, I was just taking a break from writing a paragraph for The Winds of Winter and I wanted to point that out. BTW, have either of you thought of a way for me to end this thing yet? It’s a real head scratcher and I could really use some help!