I Guess No One Could Afford to Part with Their Shoes 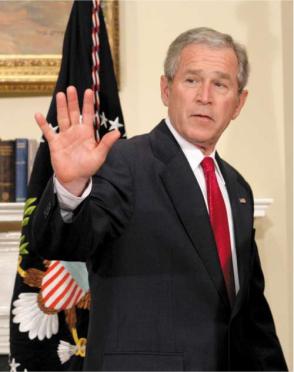 I watched the Bush farewell speech. I think I was expecting some sort of an apology, but it never came.

I suppose it was foolish of me to think he might say, “Hey, you know, I guess I could have handled some things a bit better. My bad.” Of course, he said no such thing.Ã‚Â  Instead, his whole speech boiled down to, “Yeah, I did what I did, and fuck you if you don’t like it,” which was probably a much more succinct synopsis of his presidency than what I’d had in mind.

In that respect, I would say he did a good job. And he kept it short, too–an added bonus.