It Must Be Nice 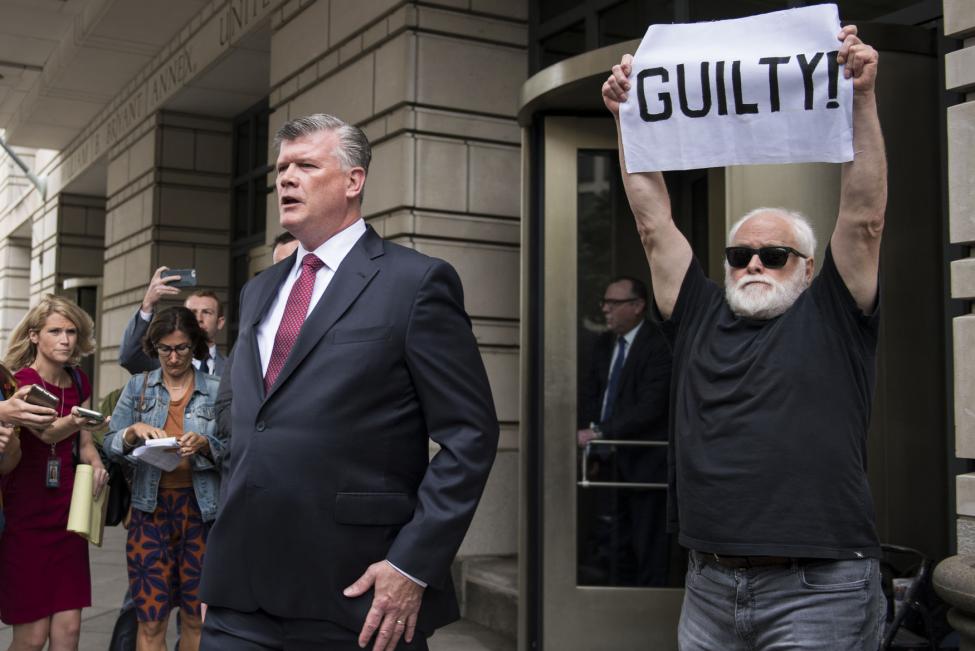 Paul Manafort was looking at at least 19 years in prison (according to sentencing guidelines) for a slew of crimes that he was convicted of back in August. If you were watching any of the coverage of these court proceedings, you may have noticed a dude holding a sign that read things such as “Treason” on it, because that’s basically been Manafort’s stock and trade for the majority of his career … OK, maybe I should backtrack on that. I mean, treason is a pretty serious charge. Perhaps “treasonous” gives me a bit of wiggle room, because I’m not exactly stating that Manafort’s work as an influence peddler (which I’m sure is about as dirty as it sounds) is the noun “treason” but an adjective to describe all that shady shit he’s done his whole life. That way, it’s more of an opinion, yes, instead of an outright accusation. I mean, we’re talking about one slippery fuck of an eel here, so I think it’s only fitting to be as greasy with my language as possible. Again, that’s just an opinion, and you’re more than welcome to disagree. It’s America, after all, which as of this writing, is still a thing … sort of.

So this past week, Manafort faced the music, as it were, for five counts of filing false tax returns, two counts of bank fraud and one count of failing to report foreign bank accounts. I mean, never mind that most of us are sitting here with all of our bank accounts firmly on American soil, paying our taxes—whether we like to or not—and in so doing ensuring that schools get funded, soldiers receive benefits for their service and potholes get fixed. You wouldn’t expect some weasley fuck to see the value in all that, so I guess we shouldn’t be surprised when said weasel skirts his civic responsibilities.

Judge T.S. Ellis III, who presided over Manafort’s trial, agrees with me that failing to pay Caesar what’s due unto Caesar is a serious offense. He said so during the disgraced political operative’s sentencing hearing.

“You’ve been convicted of serious crimes—very serious crimes—by a jury,” Ellis said in what would seem to be a prelude for throwing the book at someone. Like, if I was guilty and staring down a federal judge and he or she said this to me before levying my sentence, I’d probably poop in my jumpsuit.

And perhaps Manafort did a little. After all, the poor thing, who was strutting around like a smarmy prick just a couple months ago, showed up to his hearing in a wheelchair due to a medical condition related to his confinement. Hey, incarceration is hard. Try getting your hands on an ostrich coat in lockup sometime.

But despite the “serious” nature of his crimes, Ellis thought it would be best to go easy on the 70-year-old convicted felon. It was Ellis’ opinion “that sentencing range is excessive. I don’t think that is warranted in this case.”

Perhaps it’s because Manafort has been cooperating with the Mueller probe. He’s met multiple times with the special council, and according to Mueller’s prosecutors, Manafort’s cooperation has not yet come to an end. Sure, you may be saying, but wait, didn’t Manafort go behind Mueller’s back after agreeing to cooperate and conduct clandestine meetings with the Trump team? But really, would expect anything more from such a slimy turd?

It’s possible that Ellis took all of this into consideration. It’s also possible—and mind you, this is just pure, baseless speculation—that the judge saw before him a rich white dude and decided that this was enough to warrant a pass. Ellis even noted that though Manafort stated at the sentencing hearing that he was “humiliated and ashamed,” the president’s former campaign chairman never once expressed remorse for his crimes. Ellis sort of let him slide on that one, too.

“That doesn’t make any difference on the judgment that I am about to make … but I hope you reflect on that,” the judge said.

In addition to court-suggested reflection, Manafort received 47 months including time served, a $50,000 fine and an order to pay $24 million in restitution. For his part, the guilty said that he’d hoped to turn over a new leaf and “turn my notoriety into a positive and show the world who I really am.”

I’m pretty sure we’re all painfully aware of who you are already, dude, but sure. We all love a good redemption story, right? You may have been an unapologetic douchebag your whole life, but now thanks to the grace of God or whatever, you’ll have your shot to make the world a better place. It must be nice. Who knows? Maybe you’ll surprise us. Only in America, right?