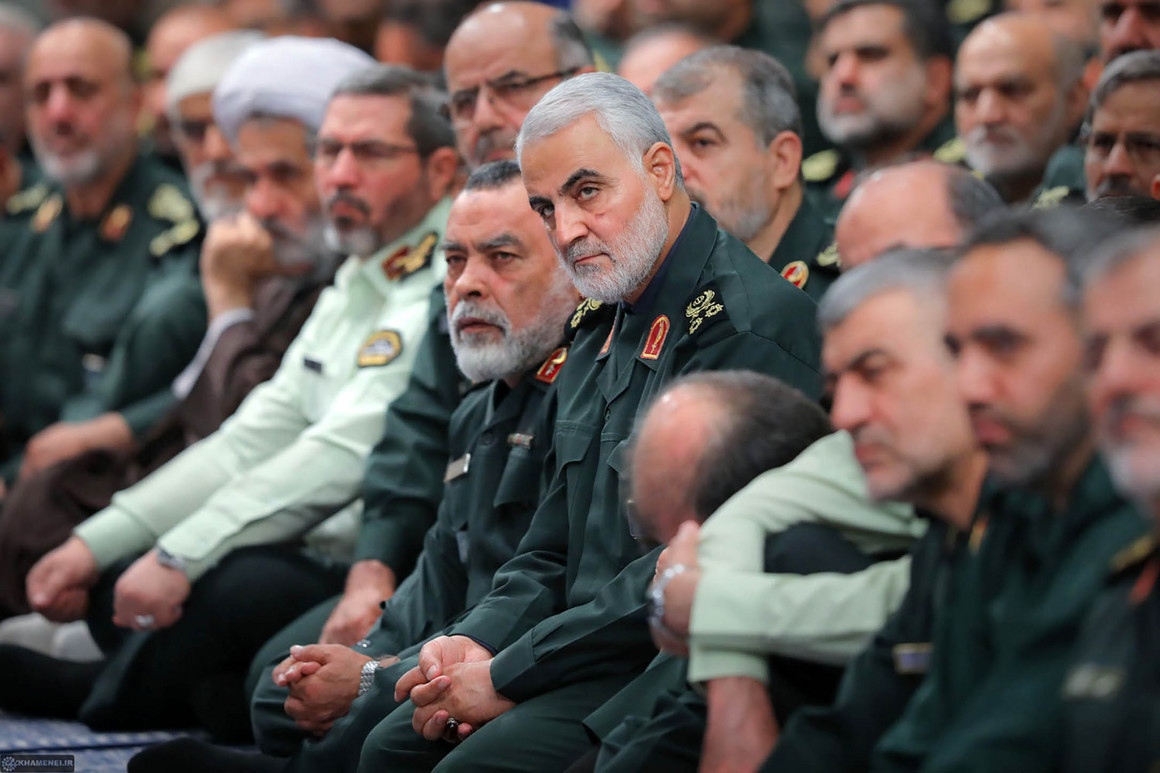 Hopefully you are still alive and able to read this. Our fearless leader, Donald Trump, recently decided that the world still wasn’t crazy enough, so he sent a drone to kill a popular Iranian general, Qassem Soleimani, while the general was in Iraq. The president accused Soleimani of plotting attacks against the United States on behalf of Iran. To make matters worse, Trump didn’t let the Iraqis know that our military would be killing a high-ranking Iranian official inside Iraq until after he was already dead. If you think that was a good idea, then you must work at the White House.

So far, the concrete reasons for killing Soleimani have been hard to come by. The White House and its communications team at Fox News have told us that Soleimani was a very bad guy and was responsible for killing Americans in the past, but the urgency to assassinate the general while he was in a country that we already have a tenuous relationship with has not been explained in any level of detail to the public or most of Congress either. With all the hem-hawing going on at the White House, it seems like Trump didn’t really have a good reason to kill Soleimani in Iraq after all.

In a follow-up double-down that only Trump would make, he also threatened to bomb 52 targets in Iran if it tried to retaliate for the killing of Soleimani, some of which were sites of cultural and religious significance. Attacking such sites would be considered a war crime, putting Trump in the company of such illustrious leaders as Slobodan Milošević, Charles Taylor and Omar Al-Bashir. It’s also a tactic commonly deployed by ISIS and the Taliban, whom we regularly refer to as terrorists when they do it. In other words, though Trump has backed down on his threats of targeting cultural sites, it’s not a good look.

It also didn’t work. In response to the killing of Soleimani, Iran did what any country in its position would do: it fired a dozen ballistic missiles at two nearby military bases in Iraq housing U.S. soldiers. No people were hurt or killed, but the bases did sustain damage to some buildings. Unfortunately, that wasn’t the only damage done in this skirmish; our already tenuous relationship with the Iraqi government is now in further jeopardy for killing Soleimani in their country. The Iraqis have threatened to banish our forces from their country, which could create a real power vacuum in the area that Iran could step-in to fill and erase much of the investment that the US put into Iraq over the last 20 years, not to mention the lives lost in the process.

In defiance of all logic, Trump has worked hard to force the Iraqi’s hand on that decision by threatening to sanction Iraq if it follows through and kicks us out. In case you haven’t figured it out already, our president is incredibly petty and quite possibly the sorest loser that ever existed. This is a man who has made White House staff spend time photoshopping his fingers to look longer in official photos because a now-defunct satirical magazine once called him a “short-fingered vulgarian” back in the ‘80s. Trump was still sending pictures of himself with his fingers circled in sharpie to denote their size to one of the former editors of the magazine as recently as 2015!

Fighting about the size of one’s fingers with a magazine editor will probably not lead to the end of the world, but this kind of behavior from Trump doesn’t stop with magazine editors. If Trump feels slighted in the least, he lashes out, and once he picks a target, he just won’t leave it alone. That kind of behavior is dangerous when you are the Commander-in-Chief of the world’s largest military. He already almost started a war with North Korea because Kim Jong Un called him stupid. Now he wants to pick a fight with Iran.

So why did Trump decide to have Soleimani killed when no one else before him thought it was prudent? Personally, I think he did it because he wanted to feel like a big shot again. As a bonus, it also distracted everyone from his impeachment. That is his style; puffery and distraction.

The official explanation that Soleimani was preparing to attack the United States doesn’t really explain the timing of it all either. No concrete evidence of an imminent attack by Soleimani has been presented to the public. Politicians have been talking about Iranian plots against America for years and it was never enough to assassinate a high level official like Soleimani. Every president since Jimmy Carter decided that picking a fight with Iran would not be worth the amount of lives it would cost, but only Trump was dumb enough to dive right in.

Trump was not able to do that calculus. I would be surprised if he even bothered to think about the number of American lives that would be lost if we went to war with Iran. I doubt he considered what something like this could do to an already fragile region like the Middle East. I bet Trump thought Iran would be too scared of him to respond to the assassination and that he’d finally be seen as a hero by the rest of the world for killing a terrible human being. Instead, he looks the same as he always does: like a petty, showboating asshole. For all of our sakes, please remember to vote in this next election! I don’t know how much more of this we can take.