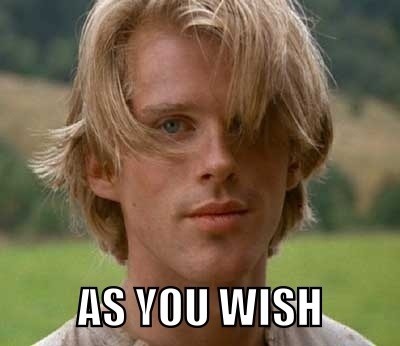 Women are so complicated. Not only do men not know what they are thinking or why they think as they do, but we can’t even figure out what to call them. Men keep it simple: your options are sir or mister and they work interchangeably. It doesn’t matter if a man is married, widowed, old or young; sir or mister will do the job. But women just couldn’t let themselves be defined by two measly catch-alls. There are no less than five ways to address the matriarchs of our society and deciding which one to choose can be a minefield full of hurt feelings.

Every woman starts out as a Miss. A miss is an unmarried woman, and for many, the default option when you don’t know the woman in question. I believe the origin of the term comes from the fact that men regularly try to catch them and miss for one reason or another, though don’t hold me to that. Absent any information on the woman in question, miss is may be the route to go, but what’s the fun in that?

Now if there is a miss in your life that you hope to make a Mrs. someday, referring to them as miss is not going to help you stand out. Everyone calls them that already, and you need to make a good impression. Perhaps I’ve read too much Game of Thrones, but I’ve dusted off an old chestnut and replaced my misses with lady or if you really want to be formal, m’lady (if you are low born) and my lady (if you are high born). In these go-go modern times, a bit of old-fashionedness goes a long way. No girl wants to date some dude, but a gentleman caller who calls her my lady…now that’s something special.

Of course, there are plenty of married women out there, and how dare you not recognize their holy union by calling them miss! Putting up with our manly bullshit until death or a quickie divorce entitles them to some extra letters, so you better not miss (literally). Once married, that default miss becomes a misses (or Mrs.). I believe the entomology of this term reflects an end to all the misses from suitors in the past.

And when that one suitor who won out in the battle to make a Mrs. manages to die (possibly due to exhaustion from his efforts), m’lady becomes a Ms., pronounced, mizz. This is now often used in place of Miss if the marital status of the woman in question is “unknown or irrelevant,” according to Miriam-Webster. I believe this zz sound reflects that man in her life now sleeps with the fishes. Calling someone a Ms. without having some personal information about the woman in question can be problematic. If her husband is still alive, you may be saying that you wish he were dead because he is an awful man or because you would like to swoop in on his wife. Though less likely, you may also be saying that this woman looks old, and surely, her man must be dead by now.

And why say it that way when there is already a perfect way to refer to an old woman? We call them ma’am, and you best be careful how you use this one. For some, ma’am is akin to sir and is meant as a sign of respect. These people are also known as men. Referring to a woman as ma’am, in my experience, usually leads to a dirty look, followed shortly thereafter by, “How old do you think I am?” It is a widely accepted belief that no woman wants to be old, and ma’am is the term that makes them feel that way. Again, I am not sure of the precise origins of the word, but given the reaction of women to be called ma’am, my guess is that it is a shortened form of the word mammaries, which as we all know tend to sag with age. Outside of the phrase, “Wham, bam, thank you ma’am,” you are probably going to want to avoid this one.

Regardless of what they want to be called, I think we can all agree that women are beautiful and deserving of one of the many names we have available to call them. We men just need to know what you like. I think I can speak on behalf of all men when I say we will call you whatever you want, just let us call you. Ok, lady?