My So Called Christ 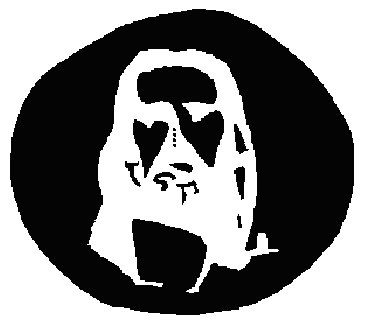 I’m sorry. I didn’t mean to snap at you. It’s just the older I get, the crankier I get around my birthday. This year has been especially dreadful. I keep hearing that this is my Christ Year. From what I’ve come to figure out, 33 was supposedly Jesus’s age when he was crucified. Why this should matter to anyone other than to those of the Christian faiths or trivia buffs is beyond me. Still, it’s something I’ve been having a difficult time coming to terms with.

All birthdays are significant in some regard. However, the only other age of adulthood I know to have such ominous connotations is 27, which seems to be the year all the good rock stars die. I remember the day I turned 28 was sort of bittersweet, because I had to face grim reality that, since I’d survived my 27th year, I would never write a song that would change the world. Though, to be honest, I was pretty well aware beforehand that the likelihood of me writing a classing was pretty slim since I don’t write music. I write words that people read, and most writers don’t get any good until they’re 50, or rediscovered 100 years after their death, whichever comes first.

So, I’ve been inundated with the term “Christ Year” over the past week or so, but I’m not exactly sure what it’s supposed to mean. Urbandictionary.com wasn’t that much help. Its definition stated only “The year of your 33rd birthday.” That much I knew. The example given was a bit more helpful, though: “Harold really came into his own in his Christ Year.”

I’m hoping that sentiment turns out to be prophetic, because I have to admit, I have no idea what the fuck I’m doing. You’d figure with three decades-plus experience under my belt, I would have at least figured something out, but every day I’m reminded that I’m more or less inept at confronting the ardors of day-to-day life. I’m actually surprised I’ve made it this far. Maybe that’s one of the benefits of reaching 33—realizing that all you know is jack and shit. When I reached my 20s, I thought I had stuff figured out, but now that I’m rapidly approaching my mid-30s, I realize that headstrong young lad I was in my 20s was a fucking moron. Realizing that all you know is that you don’t know nothing, however, seems like a pretty lousy tradeoff for creeping one year closer to my 40s.

Let’s assume that I won’t be nailed to a cross in the next 12 months (though, you never know), what should I expect from my Christ Year? Will there be sweeping changes in my life? Will there be sweeping changes in my financial/spiritual/political/romantical (if that’s a word) situation? Are these things set to explode like a time bomb after 33 years because 2000 years ago the Romans were total dicks and hammered some proto-hippy dude to a few planks of wood for spreading messages of peace, love and all that gushy stuff?

I’m not sure, but “coming into my own” sure has a nice ring to it. It’d be nice to finally feel comfortable in my own skin and not wear that perpetual Eeyore-style glumness that’s glued to me during the hours that I’m sadly sober. Also, it’d probably be nice not to drink so much. But does it have to happen now? Is my Christ Year my last chance to turn it around? Am I hanging precariously close to plummeting into the depths of true loser-dom? I’m not sure I can handle this kind of pressure, especially at my advanced age. In that light, crucifixion may not be such a bad option.