Not So Grand Theft Auto 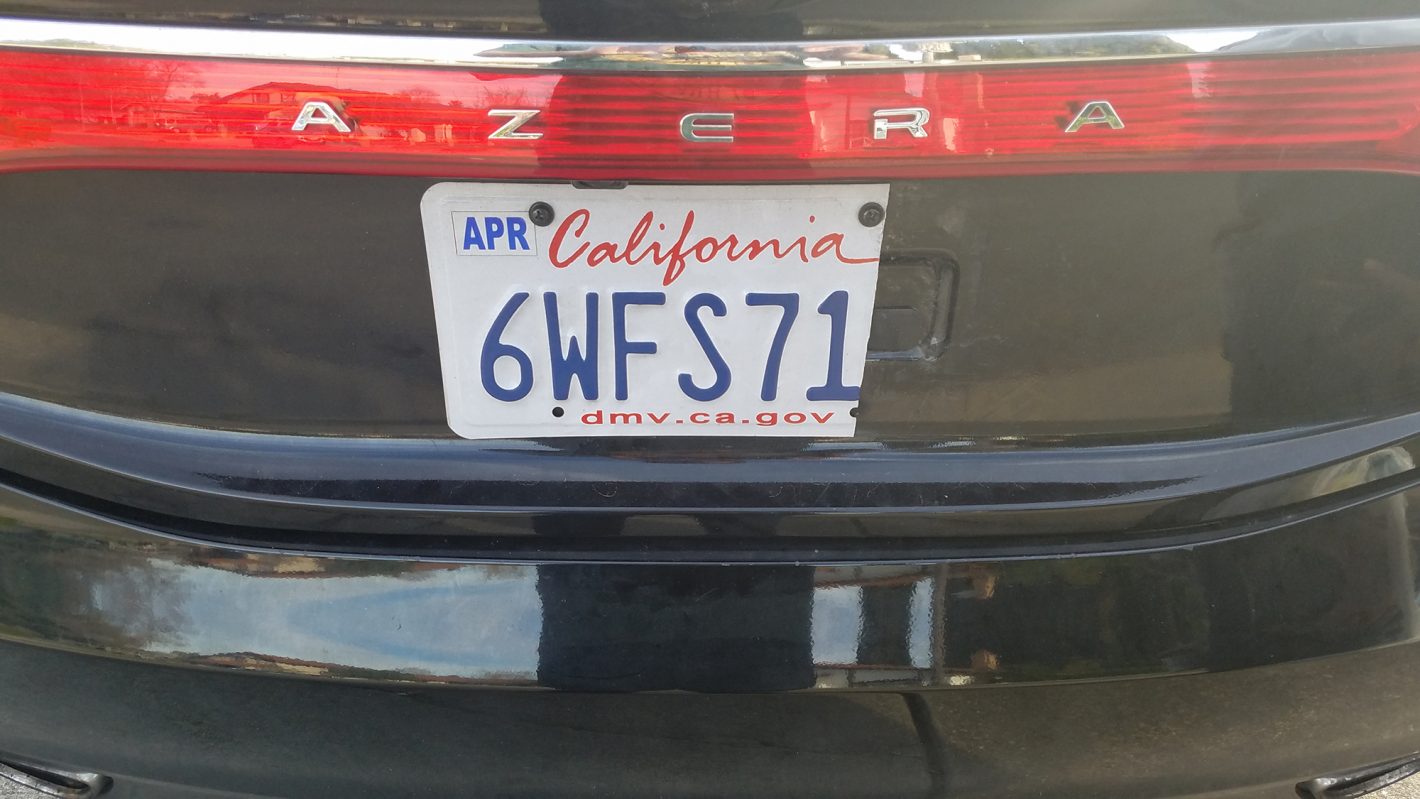 For those of you who say, “I’d peel the registration sticker off to sell or use myself and toss the rest!” I should also add that the registration sticker was for 2018 and it had been slashed several times with a razorblade to prevent theft by its very clever owner. There was no way to get it off intact, and I should know because I’m the one who had the clever idea to slash it in the first place.

I understand that this seems like a bizarre scenario to ask about, but it actually happened to me recently. I didn’t know what to think then and I still don’t know now. I’m just baffled by the whole thing. Any evidence that might explain the motive of this perpetrator is scarce; however, there are a few things I do know.

I’m not sure where my car was parked when my plate was cut, though I’m suspicious that this act of deviousness went down in my driveway on a Friday night. Wherever it transpired, I did not become aware of this debauchery until the following morning when I was loading up the car to visit some friends. As I approached the trunk, I was immediately struck by the idea that something was off. The rear license plate was too short, both in length and numbers.

I checked the cut and it was pretty clean. The rest of the plate remained undamaged, though useless without its full complement of numbers and stickers. There weren’t any scratches on the car near the cut, and I detected no further damage to the body of the car. I did a quick check around the neighborhood and no one else had suffered a similar fate, despite the fact that their stickers were all of the 2019 variety.

None of these clues have helped me figure out why this happened. The only other thing I have to go on is that the digit that was removed from my license plate was the number 1. Perhaps the explanation lies there. Maybe this dirty rat thinks he’s a real boss for chopping up people’s license plates. Perhaps his plan is to turn my hunk of plate into a dope neck piece that says he is No. 1 or some stupid shit like that. The rap OGs used to rock Mercedes emblems around their necks, so it’s not much of a stretch to use a piece of license plate. Whippersnappers of the world, is this a thing?

Perhaps our criminal mastermind has bigger plans with my chunk o’ plate. Maybe he is snatching up the end pieces of plates from a bunch of cars. I bet he takes them back to his shop where he joins them with other misfit plate pieces to make brand new plates complete with stickers, which he can sell to people who can’t get them legally. His work would have to be meticulous to pass muster; there are too many other real plates around to compare it to. If it wasn’t perfect, the seam where the plates were joined would be glaringly obvious, drawing far too much suspicion. Who’s gonna pay for that?

When I went to the DMV to get replacement plates, I asked the woman behind the counter the same question I posed to you at the beginning of this column. She looked at me, then looked down at my disfigured license plate, then back at me, then back to the plate, then back at me again before shrugging her shoulders. She said she had seen a lot of weird things in her time at the DMV, but this one didn’t make sense to her either. We both laughed as she handed me my receipt, stickers and new plates.

It had been one of my most pleasant experiences at the DMV. The lines were short and I was in and out in about 20 minutes. It might have been prudent to take a look at the new plates before I left, but I was so excited that this trip to the DMV had not taken all morning that I practically ran out the door in glee once I had the replacement plates. It wasn’t until I got home and put them on that I noticed the problem.