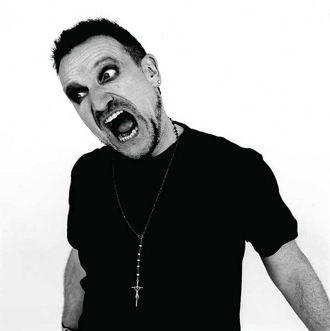 There are many great rock bands both past and present; U2 is not one of them. Sure, they’ve had a lot of hits, made a buttload of cash and remain popular around the world, but what the hell does the world know about rock music, anyway? It’s been a long time since I’ve seen anyone in America excited to hear a new song from these Dubliners, which is why I think they should call it quits. Of course, it is hard to quit when you have one of the most profitable companies in the world propping you up.

In a deal that could only have been brokered by the devil himself, your new iPhone 6 (both normal and biggie sized) will come preloaded with the band’s new album, Songs of Innocence, for your listening displeasure. Existing users of iTunes have found that the album was automatically downloaded into their collection by Apple. The ghosts of Steve Jobs, Tim Cook, Bono and Beelzebub were so sure that you’d love it that they even put a hex on the file and made it damn near impossible to remove from iTunes!

Fortunately, I haven’t heard Songs of Innocence, but do I really need to? I already know that Bono is going to sing about starving kids in Africa and changing the world while he wears a $1,000 pair of sunglasses and leather pants. Being a douchey philanthropist is his thing and he is admittedly much better at that than singing. Instead of torturing us with music, he should focus his efforts on his charitable work.

Of course we all know that Bono is not the only problem with U2. He isn’t even the one with the worst name. That honor goes to The Edge. I feel like an idiot even typing that “name” out. I can’t imagine how a conversation with the man would go. What would you even call him? Mr. The Edge? The Edge? Edge? Just “The” if you are being familiar? What kind of asshole decides he wants to be known as The Edge?

Even if that were a real name, it surely doesn’t suit him. Has anyone in the history of rock ever seemed less “edgy” than The Edge? In fact he seems pretty dull to me. He never says anything interesting and his guitar work is forgettable at best. Every song is slow strumming and delay to give Bono space to croon, and that’s not helping anyone. If this man is supposed to be the edge of anything then I might need to jump off and kill myself because, apparently, life isn’t nearly as exciting as I had thought.

I realized early on in my research that Bono and The Edge would not likely give up their death grip on their awful brand of rock. With rubes like Apple around, it was just too lucrative. At first I feared that there was no hope until I realized my folly. A singer and a guitar player with this little talent surely can’t put this crap together all by themselves. That’s when I discovered that, to my surprise, there are two other people in U2!

I think one of them is named Larry. He plays the bass or drums; I can’t really remember. The other guy­­­­… let’s go with Seamus… plays the instrument that Larry doesn’t. I’m going to guess that these two guys do the most work and get paid the least. I heard that Bono and The Edge don’t know their names, even after nearly 40 years of making music together. Bono and The Edge still refer to them as, “you two,” which is actually how the band got its name. This scourge, now known simply as U2, has plagued this planet since 1976 with their soft-rock mellow protest bullshit. Larry and Seamus have been disrespected and tortured by Bono and The Edge since day one. They must be getting fed up with this bullshit themselves.

Unfortunately, Apple has a lot more money lying around and they seem pretty eager to waste it on another U2 album that your dorky uncle might like. Bono and The Edge would love to keeping jamming their crappy tunes through our ears and into our brains where they can eat away at our reasoning centers until we start to believe that U2 is good again. Larry and Seamus, you must deny your urges to take the money. It will only lead to further pain and indignation at the hands of your bandmates. You two are our only hope in destroying U2. Now can someone tell me how to delete this shitty album?