Oh, The Things You Can Do! 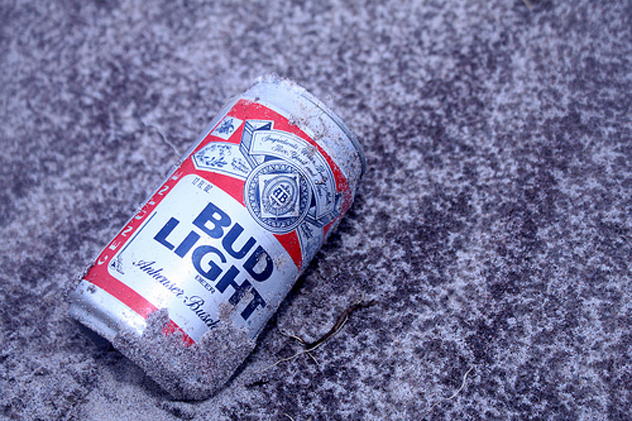 A funny thing happened after arriving home from a trip recently. As I drove up to the garage door and pressed the opener, nothing happened. I thought the power must have been out, so I parked the car and headed to the front door, only to see that the gate was open. I felt my heart start pumping rapidly as I headed around the side of the house and into the backyard.

Some of the screens had been removed from the windows, but they remained shut and unbroken. Having locked myself out before, I knew the windows couldn’t be opened without breaking the glass, so I allowed myself a small sigh of relief. Then I went into the detached garage.

It was immediately obvious why the garage door wouldn’t open. Someone had removed the motor and track from the ceiling! I then noticed a few other things missing and my fears were confirmed. We had been robbed by some no-good, low-down and dirty tweakers! I know they were tweakers because who else would steal a garage door motor without taking anything to open it with?

To add insult to injury, I’m sure they used my own tools to get it down before they took those too. Of course, this being a garage, there was plenty of other random shit in there that was also nabbed in this heist of the century: a roll of painter’s tarp, gardening supplies, barbecue tools, the audio components for my backyard movie setup, a bike pump and bike lock (without the key, so good luck with that), some sodas and about 12 cans of Bud Light that have been sitting in my garage for about two years. I hope you enjoy all of that shit, you dirtbags!

But how will they enjoy it? That’s the question that keeps popping into my mind. Will they just sell it off quick to some other dipshit or will they actually use the stuff? Will they do what we probably should have done at some point and have a garage sale? Then again, would you buy a garage door motor at a garage sale? Seeing something like that a garage sale would make me think that everything was stolen or broken or both.

Maybe the better option would be to actually build a garage. They’ve got most of the tools to do it, and they’ve got the motor for the door already. They are but a construction site away from having the wood, concrete, drywall, garage door and paint to finish that puppy off. They even have the tarp to keep the floor looking nice while they paint the place. Think of all the stolen shit they could keep in there when it’s done!

Then again, they did come in through the backyard, so maybe these burglars prefer the great outdoors. Whatever overpass they decide to crawl under after finishing their robbery money meth party would surely look a lot better with a few more plants around. Besides, they’re probably hungry after a long night of taking shit that doesn’t belong to them.

All they need to do is use that garden fork and spade they took from me to turn up a bit of the earth around them. The guy at Home Depot told us that potting soil they stole from us is great for those vegetable and herb seeds I bought but failed to plant for two seasons that they also took. I say they should set themselves up a garden and watch as the food starts coming to them! That was our plan at least.

Speaking of which, to the thieves out there, if they are reading: sorry for all the tomato seeds. I was going to make some sauce but never got around to growing the tomatoes. Maybe if you want to stop by and rob me while I’m home some time, I can show you where I keep my secret recipe. If you bottle it and sell it, it might make you famous!

Maybe they want to be famous for a different reason. They did take my outdoor sound system, so maybe they want to be DJs. Unfortunately, the speakers they took are not great, so the joke may be on them. The speakers might be loud enough for a decent-sized backyard boogie, though. They’ve already got some Pepsis and Bud Lights for their friends to get things started right! It could be the party of the year. That could make them famous on their block, but probably not much further out than that.

I have a few other ideas about what these fuck faces can do with my stuff, but they mostly involve me shoving each individual item they took up their asses in the most uncomfortable way possible until they need to install garage doors on their buttholes just to keep their shit in. Fortunately for them, they already have a motor to get that butthole door opened quickly when they get rotgut from drinking the old ass beers and sodas that they stole from my garage. Now doesn’t that sound like a blast?