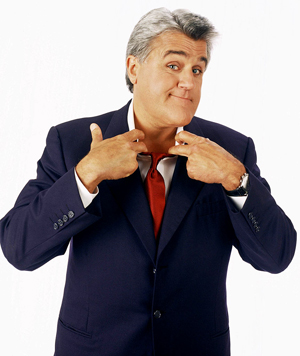 The holidays are here”¦ peace, love, joy, cheer and all that crap, right? It’s supposed to be a time when we set aside our differences and join together for one big group hug. But before I get down on some love-the-world-type shit, I like to vent a little. You see, everything shines a little more after you toss out the unpolishable turds.

At this time of year, food is king. In an attempt to satisfy my seemingly unquenchable hunger, I watch a lot of Food Network over the holidays. I’ll gorge on Bobby Flay and Ina Garten, sample Ace of Cakes and Good Eats and feast on Iron Chef. Each year, while I am happily binging away, she inevitably shows up to ruin it all. I just don’t get it: Rachael Ray has no business on television, least of all on a cooking show. Her list of offenses spans from making shitty food to her inability to use an acronym. Listen moron, if you want to call extra virgin olive oil E.V.O.O., then do it. STOP EXPLAINING WHAT IT STANDS FOR EVERY TIME YOU SAY IT! Close your mouth, learn to cook, stop trying to carry every ingredient you need from the fridge in one try, get rid of that garbage bowl, and for the love of God, get off my television!

Since we are on the topic of women I wish weren’t on television, I’d like to take a moment to say, “Sarah Palin, will you please shut the fuck up?” Do you ever have anything of value to add to the discussion? We get it”¦ you like to hunt, ride snowmobiles with your lame ass husband, all your kids are either retarded or have retarded names, you like drilling for oil and you hate taxes. When you don’t understand something, you can’t just make it up and stick by it even when you are obviously wrong. You continue to “go rogue” even though no one is trying to claim you as one of their own. In the real world, that’s just called leaving (you know, sort of like what you did with the governorship of Alaska). Time and time again, you’ve showed us that leaving is probably the one thing you’re good at; so, what’s stopping you now?

Sarah Palin isn’t the only one who has overstayed her welcome. Late night talk shows have become bloated and are in serious need of some fat trimming; so, when NBC announced that Jay Leno was retiring, I thought someone had finally heard the voice of reason. But before I could shout joyously in the streets, it was announced that Leno was really just moving to an earlier time slot. I don’t get it. You got one good bit (“headlines”), which you don’t even write. I cannot recall one thing you said that made me even smirk. Your act is (and always was) dismal; and yet, you were the host of the The Tonight Show for years. Way to be a dick, bro! Conan O’Brien has been waiting patiently for your sorry ass to leave, and you pull the rug out from under him before he even finishes his first monologue? Adding insult to injury, your shitty show is hurting his ratings along with the 11 o’clock local news. Is someone going to stop this bigheaded menace before late night television is ruined?

Speaking of ruining television, my final holiday salvo goes out to Fox News and more specifically the group it created, the “Tea Partiers.” First of all, you aren’t revolutionaries. You can’t revolt against tax hikes that aren’t actually happening. You create all the problems you claim to be against. If only your capacity to learn were half as strong as your imagination. You’ve chosen people like Glenn Beck and Michelle Bachman as your leaders, so why are you surprised that people think you are crazy? Just like Palin, you have no idea what you are fighting for, only what you think you are fighting against.

These people are ruining the world one day at a time. Time and time again, they fill our airwaves with their idiotic ideas and recipes for disaster and I, for one, can’t take it anymore. In order for this world to be the shiny happy place we dream of every holiday season, these people will need to exile themselves from our airwaves. I ask them to embrace the spirit of the holidays and give the gift that keeps on giving, their absence.