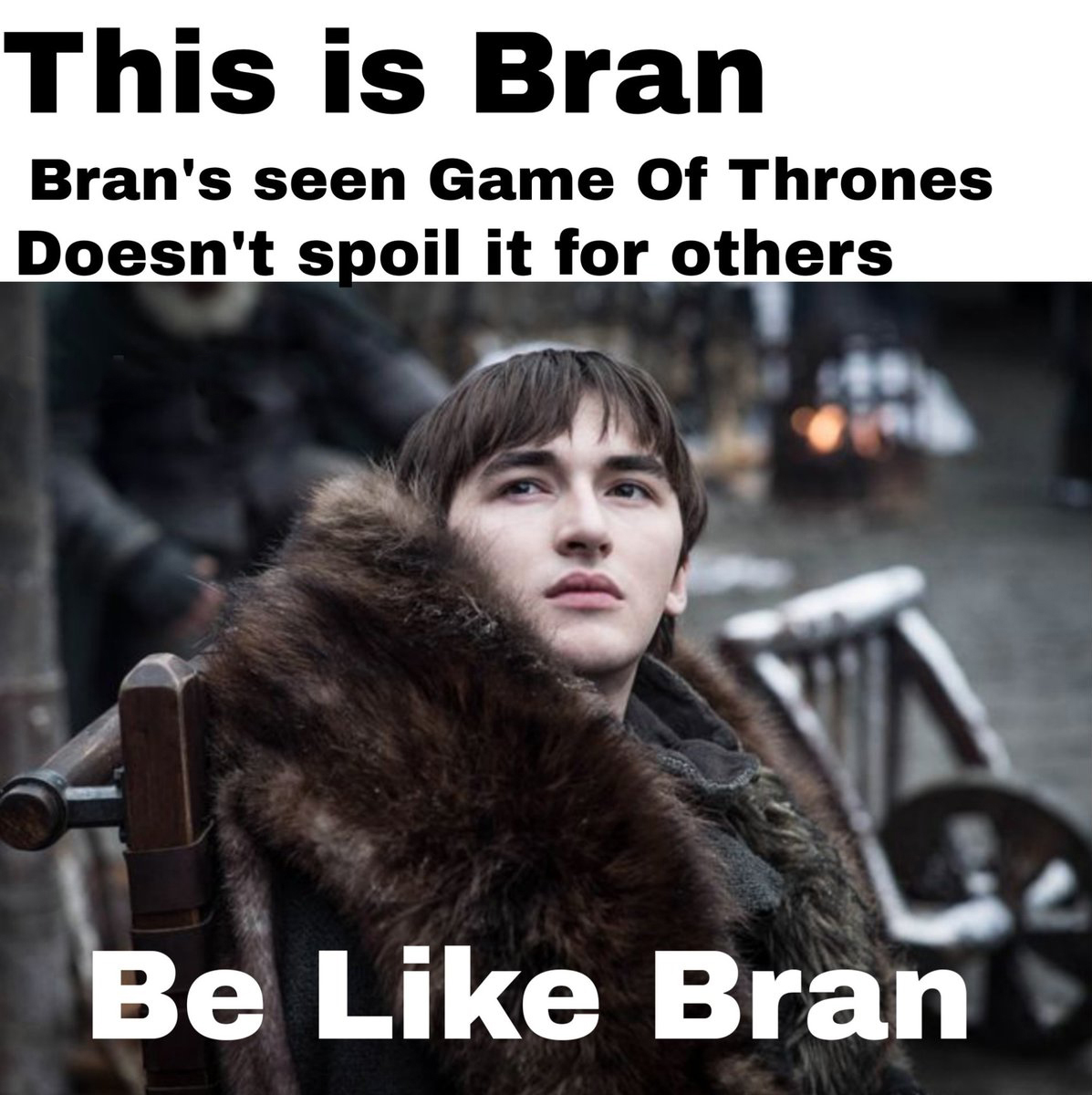 Have you ever heard of a Luddite? Sure you have. In slang terms, it basically means a person is technophobic and rejects modern (see also: digital) improvements and standards. For example, I would say my grandma is an unwitting Luddite. She lives in rural Alabama, in a town so small they “don’t have the internet.” In her defense, she’s almost 90. She doesn’t have use for a cellphone or a computer. That’s OK, because she gardens like a mofo and her cooking is so amazing it has caused grown men to break into song. What I mean is, I consider our elderly the last true generation with Luddite tendencies (I could also talk about the Amish, those wacky off-the-grid people, cultists, etc., but I wanted to keep this short), but I am here to say one thing: At least they aren’t getting spoilers for literally every movie, show and popular book coming out.

Not that my grandma watches Game of Thrones (there is no amount I wouldn’t pay to see that), but she’s definitely not turning on her phone or computer to see every single account on Instagram and Facebook talking about/making fun of what happened in the episode that hasn’t even aired yet, or a key character doing something phenomenal in Avengers: Endgame.

Seriously, folks, it’s getting out of hand. What happened to the excitement of waiting eagerly and patiently to go with your friends to see the latest blockbuster without knowing in advance that so-and-so dies, was dead all along, marries the bad guy, whatever? Or scheduling your weekend around finally getting to watch that episode of Grey’s Anatomy that you recorded on DVR, without first hearing that, uh, so-and-so dies or gets cancer?

When did everyone become—for lack of a better term—a dick about spoilers? I see it on both sides. I see clickbait articles giving away pivotal moments of TV (OK, HBO, whatever) history, people posting on social media acting like they’re not spoiling something, but are totally just humble-bragging about seeing it before the rest of us—and I see the people that don’t give a shit, and just enjoy watching people get riled up. I see no winners here.

The problem is, I do enjoy the memes that are blossoming into existence like wet Gremlins after each episode of the last season of Game of Thrones (and if you’re one of those whiney people who publicly blasts about how much you “don’t get the whole Game of Thrones thing,” and shame the rest of us, shut up, you cantankerous bridge trolls, let us have our simple, collective joy, OK?).

A while back I was complaining about old people being the ones to talk during movies. But now, shame on you folks who can’t keep your pie-hole shut about what happens on a TV show/movie. Shame. If you can’t say anything nice and neutral, don’t say anything at all. Some of us really like surprises.

What’s the best solution for us all in this age of a million memes? Avoid social media, the internet in general, and maybe TV, until you get to watch that damn show or movie? Maybe my grandma is onto something after all. Luddites, unite! Or not. They probably don’t care about the fate of the throne.