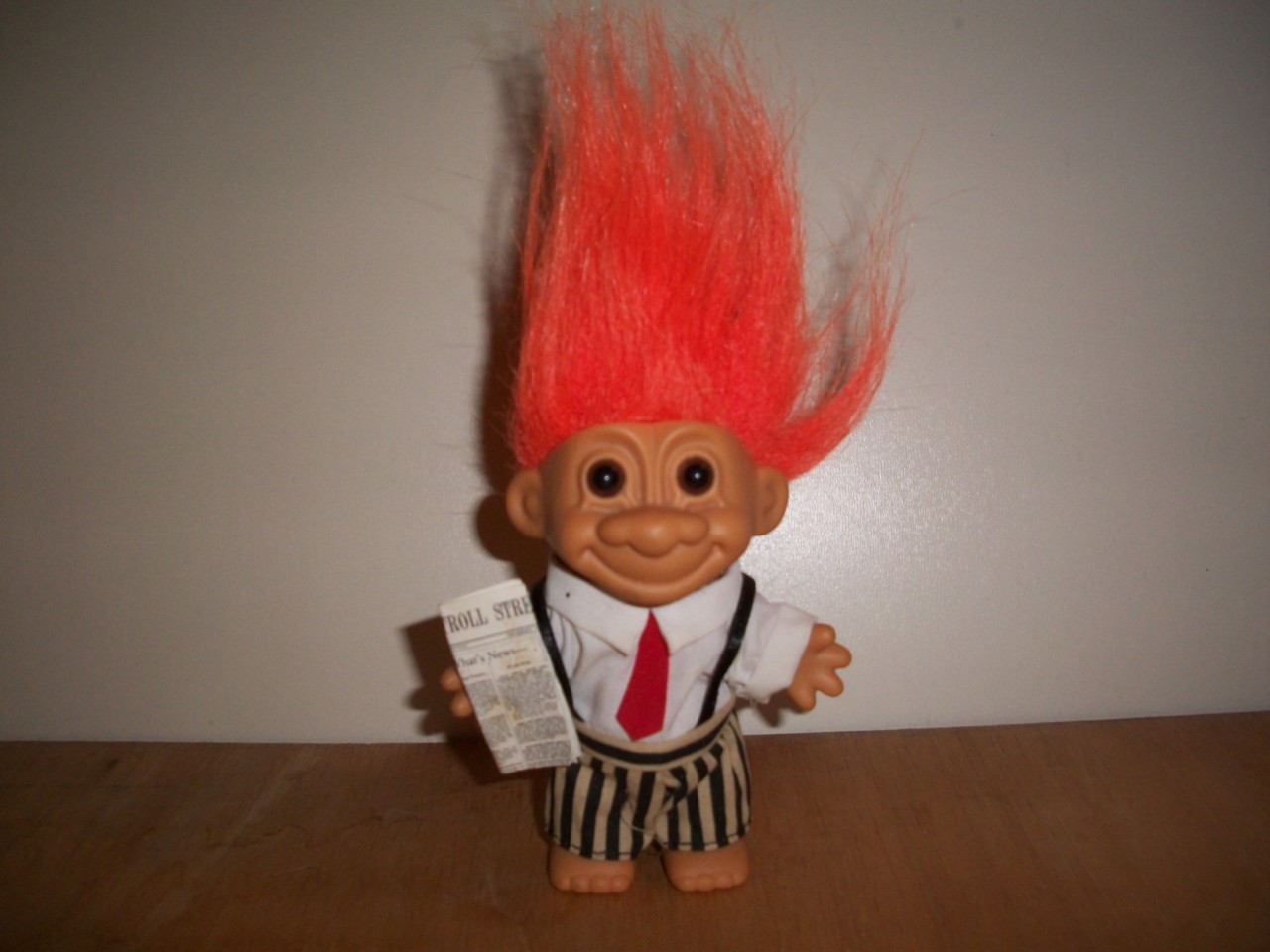 Have you heard about Alex Jones? You would know if you had; the man is unforgettable. If you haven’t, this vile creature hosts a multi-platform, conspiracy theory pushing shit-show called, Infowars. Jones recently had his podcasts, YouTube videos and Facebook pages suspended or deleted for making discriminating, hateful and homophobic statements about almost anyone not named Alex Jones. All I can say is it’s about fucking time. Jones is the worst, but you might have known that already.

There is plenty more about Alex Jones that you don’t know, though. Within his closet lies enough skeletons to fill a graveyard; so many, in fact, that I’m wondering how he manages to keep the door shut. The answer to that riddle is, of course, that he doesn’t. And now a few of his secrets have started tumbling out. Care to take a peek?

It turns out that Alex Jones is more than just an internet troll. In fact, Jones is an actual troll, warts and all. Alex’s given name was Blop and he was raised in the depths of Inner Space Cavern in Texas by his troll mother, Yavo, a turd miner, and his space alien father, Blovetron. Blop was generally seen as a disappointment by his alien father, so it was no surprise when Blovetron dematerialized in front of an 8-year-old Blop, never to return.

Troll life was hard for Blop. Turd mining was in his blood, but he couldn’t hold a candle to his mother. The whole point of the endeavor was to save the turds and Blop just kept eating them. Yavo tried everything to break Blop’s habit, but she was never successful. In fact, Jones is still known to enjoy eating shit to this very day. Blop tried collecting bridge tolls after that, but it required more math skills than he could handle. Eventually, he settled into the back-breaking career of rock crusher and managed to eke out a living for a short time.

Things were never right with Blop after the departure of Blovetron. Yavo had a hard time keeping Blop and his over-active imagination in check without Blovetron’s alien mind control abilities. Blop frequently made up stories about other trolls to get out of trouble and even started several conspiracy theories about the troll king.

All the while, Blop’s bitterness toward his fellow trolls continued to grow. He didn’t feel accepted as a half-troll, and he was struggling to find his place amongst the others. He channeled his anger into conspiracy theories about nearly every troll in a position of power and spread them throughout the cave. It got bad enough that the trolls in charge couldn’t continue to ignore him. Blop was commanded to end his conspiracy spreading. Blop couldn’t stand being silenced and began plotting a coup against the troll hierarchy.

Blop gathered as many similar-minded trolls as he could find to figure out how much treasure they had between them to mount a coup. When their plot was eventually discovered, Blop managed to flee the cave with the coup treasure to start a new life with the surface dwellers. He learned our language by hiding under the bleachers at a local stadium during sporting events and listening to people shout at each other over the noise until their faces turned red. Once he knew how to “talk,” he used his treasure to convince a world-famous plastic surgeon to make his half-troll, half-alien body look more like the somewhat human form you are familiar with today. With the surgery complete, Alex Jones (a name from a business card he found under the bleachers) was born and it wasn’t long before he figured out how to adapt and repackage his old conspiracy theories to a new audience: us.

A tried and true troll will always fuck you over in the end for the lolz, and Blop is no different. His plan is to make you think that everyone else is full of shit and only he has the truth, but now you know who the real shit-eater is. Once he manages to trick you into believing him, Jones will be able to tell you whatever he wants, subjecting you to the whims of an asshole that may be crazier than even Trump himself!

Fortunately, with all the bad press currently surrounding Jones, we might have a chance to put a stop to this madness or at least slow down some of Jones’ recent momentum. If we band together and demand the permanent removal of Infowars content from the web, perhaps we can push Blop back into the cave from which he came. Let’s show this son of a turd miner and an illegal alien that we won’t stand for his bigotry and nonsense anymore. It’s time to #StopBlop!