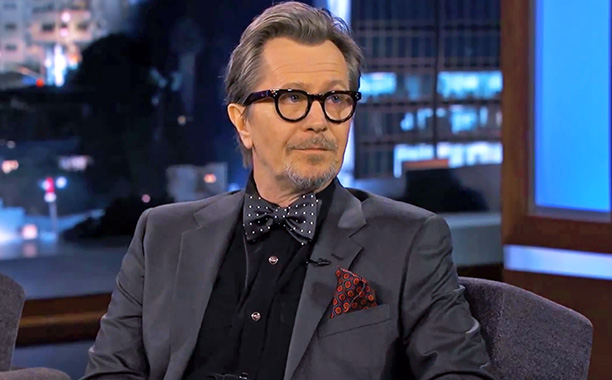 As mentioned in our writer Jacob Sprecher’s review of Dawn of the Planet of the Apes, the film’s star, Gary Oldman, has gotten himself into some hot water recently. I hadn’t heard what had happened until I edited the review and consulted Google to find out what the fuss was about. Turned out that he said some stuff in a recent Playboy interview. I think his comments were most likely misconstrued, but Oldman, unfortunately, still comes off as kind of a jerk.

It piqued my interest because Oldman is one of my favorite actors. The first time I noticed him in a movie was back in 1993 in True Romance, in which he played the short-lived, dreadlocked pimp Drexl Spivey. In subsequent appearances, what I liked most is that he was like a chameleon—even when I knew it was Oldman playing a role, I still couldn’t recognize him. Back in the ‘90s, he seemed more of an underground star, but now he’s a big-ticket item, having had prominent roles in Christopher Nolan’s Batman trilogy and the Harry Potter films. In 2012, he finally earned a long overdue Oscar nod for his work in Tinker Tailor Soldier Spy, and the secret of him being a supreme cinematic badass was pretty much out.

OK, that was a joke. A bad one, but a joke. In his interview for Playboy, Oldman seemed flummoxed by this generation’s inability to take a joke. During the course of the revealing conversation between he and writer David Hochman, Hollywood pariah Mel Gibson came up.

“What do you think about what he’s gone through these past few years?” Hochman asked.

The article states that Oldman then fidgeted in his seat…and then the floodgates opened.

“I just think political correctness is crap,” he said. “That’s what I think about it. I think it’s like, take a fucking joke.”

I’ll just jump to the most inflammatory excerpt…

“Mel Gibson is in a town that’s run by Jews and he said the wrong thing because he’s actually bitten the hand that I guess has fed him—and doesn’t need to feed him anymore because he’s got enough dough. He’s like an outcast, a leper, you know? But some Jewish guy in his office somewhere hasn’t turned and said, ‘That fucking kraut’ or ‘Fuck those Germans,’ whatever it is… That’s what gets me. It’s just the sheer hypocrisy of everyone, that we all stand on this thing going, ‘Isn’t that shocking?’”

I get what he’s saying. Regular people say dumb, ignorant shit every day. You probably hear someone say dumb regular shit every day, but you don’t demand public apologies. Maybe you just laugh—uneasily or genuinely—and go about your business. Then someone with celebrity says the same stupid thing and the outrage just flows. Later, the interviewer asks Oldman if he’s a bigot and he answers plainly, “No,” but does acknowledge, to make his point, that he’s “defending the wrong people,” i.e. Gibson.

Sure, when taken out of context, what Oldman said propagates negative stereotypes that “the Jews run Hollywood,” though I don’t believe that was the actor’s intent. What I took most exception to was something he said just prior to his Gibson tirade.

“I heard about a science teacher who was teaching that God made the earth and God made everything and that if you believe anything else you’re stupid,” Oldman said. “A Buddhist kid in the class got very upset about this, so the parents went in and are suing the school! The school is changing its curriculum! I thought, all right, go to the school and complain about it and then that’s the end of it. But they’re going to sue! No one can take a joke anymore.”

I can only assume Oldman was referring to a case in Louisiana earlier this year where the ACLU sued the Sabine Parish School Board, because “science teacher” Rita Roark singled out a Buddhist student and bullied him in front of the whole class.

Roark included the fill-in-the-blank question, “ISN’T IT AMAZING WHAT THE _____________ HAS MADE!!!!!!!!!!!!!!!!!!!!!!!!!!!!!!!!” on a science test. When one student, not realizing the answer Ms. Roark wanted was “Lord,” and wrote, “Lord Buddha” instead, the teacher allegedly went off. She singled the student out, called Buddhism stupid in front of the class. The parents did take their complaint to the school board, but they were reportedly told that “this was the Bible belt,” and that they should probably send their son to a school with “more Asians.”

I’m sorry, Mr. Oldman, but I wasn’t laughing. I’m not sure what the joke is here, other than the alleged level of education students in Sabine Parish are receiving. An off-color joke that attacks a stereotype can be funny. Hey, we’ve all laughed at them (or maybe just me…), but discrimination, like the Louisiana case you mentioned, is an institutional thing. It’s something a lot of people have given their lives to put an end to. Maybe it’s a fine line between what’s funny and what isn’t. If anything’s clear from Oldman’s Playboy interview, as great of an actor he is, he hasn’t a clue which is which.