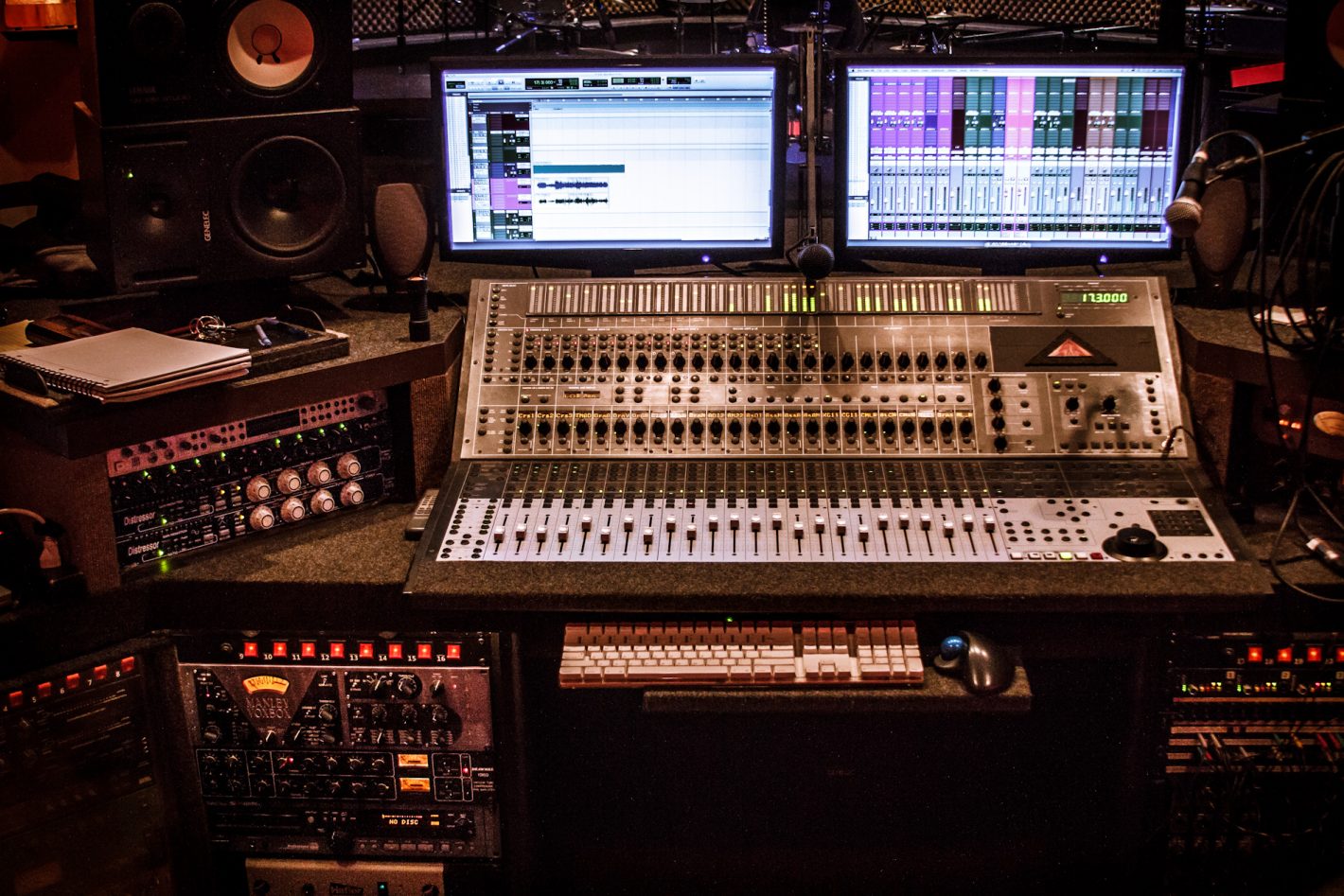 I’ve always loved learning how things are made. As a child, I used to take apart things around the house and put them back together all the time. I guess I was just curious about how things worked. That didn’t stop when I began paying more attention to music. My tastes were varied, and I loved the songs I was hearing, but I couldn’t figure out why they all sounded so different. Most of them were made with the same or similar instruments and yet no two were alike.

It was all such a big mystery until I realized that it had to do with the recording process itself. I had known it wasn’t as simple as just throwing a microphone in a room with a band. I had seen that done myself in my teens and the result was pure, unadulterated shit. The recording would pop every time the drums hit hard when it wasn’t being washed out altogether by the guitars. The recordings of the songs I loved seemed balanced and effortless, but I was starting to realize that it took a lot of work to get them there.

The secret ingredient turned out to be the recording studio. The studio is a magical place built of math and strategically placed foams. The nitty gritty details of constructing a professional studio are quite technical and involve the physics of sound waves and the absorptive properties of various materials. I’m pretty sure you didn’t come here to read about that, so let’s just say professional studios are designed to provide the perfect environment for recording audio. Studios are a place to experiment with audio, which is why some people (including me) lovingly refer to their favorite studio as the lab.

Recording studios house racks of gear filled with knobs, switches, faders, meters and blinking lights that do things mere mortals cannot comprehend. These machines have fancy names like compressor/limiter, de-esser, equalizer, bit crusher and preamp. Studios have lockers filled with different microphones to cover every situation, some of which cost thousands of dollars. There are guitars, basses, keyboards, drums and various other instruments, machines and amplifiers for musicians to use. In the lab, wires run between each machine, in every direction, seemingly everywhere, as if someone took a dark pen and drew a nest of lines all over the floor.

A professional studio is truly a beautiful sight to behold, but they are getting harder to find. Unfortunately, the days of major label contracts with million-dollar recording budgets are over and many of the recording studios have disappeared with them. We have computers to thank for that. The advent of the MP3 with its small and easily downloadable file size quickly upended the recording industry in the late ‘90s and sapped much of the money that the major labels had gotten used to bilking from kids like me through overpriced CDs.

Labels started being more choosy and tight with the money. Recording in a studio was expensive; there was rental time, the reels and reels of audio tape which needed to be handled delicately and stored in a controlled environment so as not to spoil the recordings, and the salaries of producers, engineers and any other people needed to work the controls. The crash in CD sales meant that the record companies were no longer willing to pony up the cash to cover such costs, let alone promote the experimentation that recording in a studio was all about.

That could have been the death of music as we know it if it had not been for the very thing that brought the industry to its knees in the first place: the computer. As computer processing speed and power improved in the late ‘90s and early 2000s, it became possible to move the studio into the home. The world has hardly looked back since.

These days, many of the hit songs you hear on the radio were recorded in someone’s bedroom. Much of the expensive and bulky equipment of the professional studio have been boiled down to computer simulations called plug-ins that work with recording software that turns your computer into a digital audio workstation, or DAW, with unlimited recording capabilities. Some of these plug-ins sound better than others, but as with everything else computer related, the quality is improving rapidly and the gap is closing quickly.

That is not to say that making a quality recording is easy now. Real or simulated, using these machines is tricky. Throw in learning how to play an instrument too and you begin to see why home studios are not for everyone. Like anything worthwhile, there is a lot to learn if you want to do it right.

I’ve been teaching myself and learning about recording for almost 20 years, and I feel like I have barely scratched the surface. There are hundreds of little tricks and tweaks to make your recordings sound polished like the ones we are all used to hearing, while still maintaining a level of uniqueness that sets you apart from everyone else. It is a process that I find amazing and something that will forever pique my curiosity. I just hope I don’t drive everyone around me crazy with all the racket that I make while experimenting in the lab. I swear it’s for science!