The Most Violent Element in Society Is Ignorance 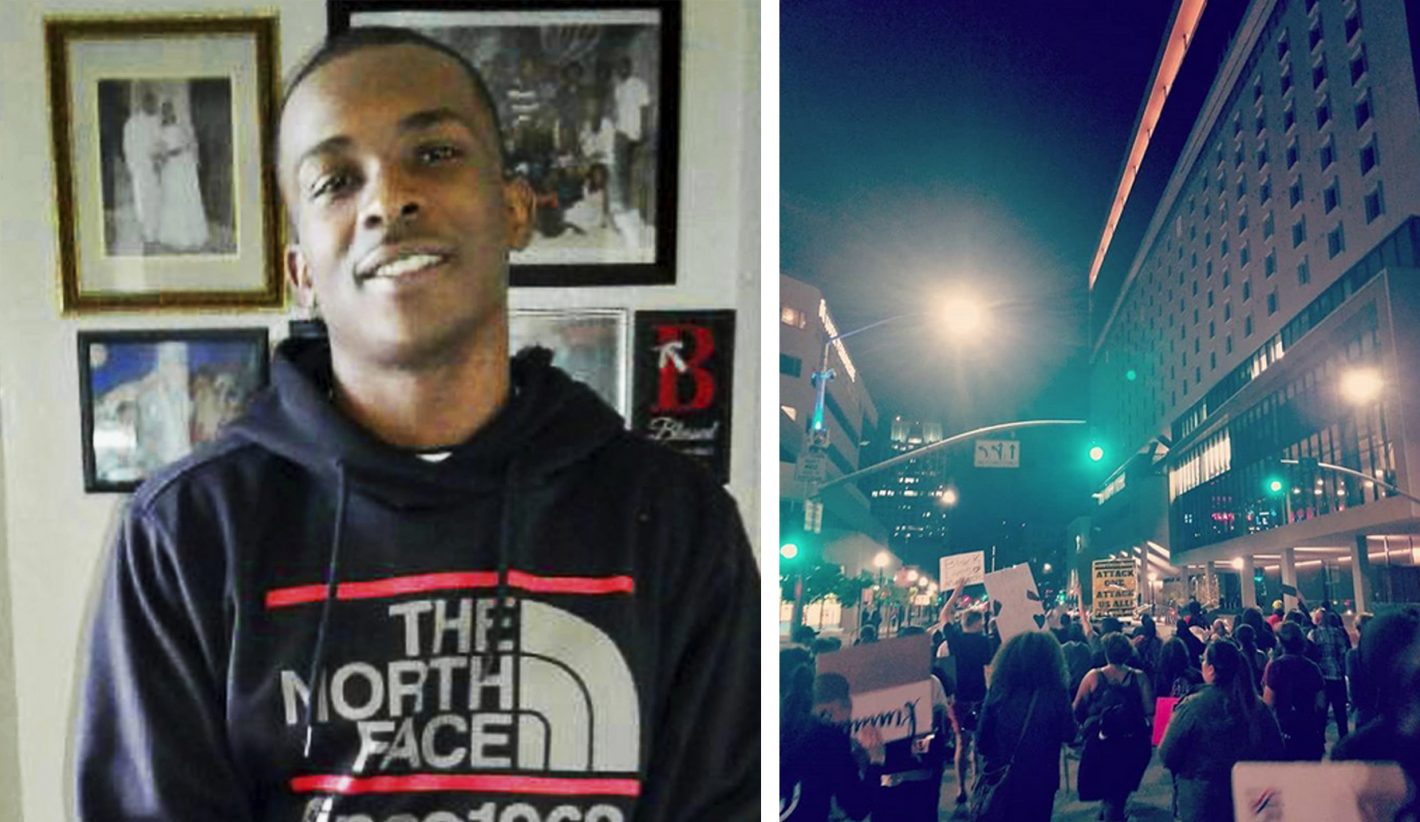 I was going to write this column about the Hobo Johnson controversy or some other meaningless bullshit, but I’m pissed. Pissed that another young black man, 22-year-old Stephon Clark, was gunned down by Sacramento Police. Pissed that there aren’t more protesters on the streets. Pissed that centrists stay silent, waiting for all this to go away. Pissed that our leaders care more about new condos than members of the community. I’m pissed that our police department invests money on riot gear, technology and deadly machines to keep angry citizens under control.

When I quit journalism (yes, I’m bad at quitting things) to become a college professor, I envisioned rooms of drugged-out teenagers questioning every lesson and crafting sketchy essays about struggle and revolution—at the very minimum, I pictured a lot of Che Guevara shirts.

What I got instead was a bunch of rich kids in sweatpants Snapchatting their lives into the ether, mostly uninterested in the state of the world.

I thought about this the other day when I went to the march for Clark, who was murdered in his grandparents’ backyard by Sacramento Police officers Terrence Mercedal and Jared Robinet. The streets were filled with righteous anger, the community fed up with a police department that has been terrorizing them for generations. The marchers shut down the freeway, then the Golden 1 Center. Police in riot gear clutched their guns like Holy Bibles. It was all over the news—local, national and international. But I kept thinking the whole time, “This isn’t enough.”

We need more people filled with righteous anger when a member of our community is killed by police. We need to shut everything down. But how can we when it seems like few people care enough to even march in the streets? When the police murder someone, we should all be out there, tearing the city apart, piece-by-piece. But if you read the coverage of the protests on the internet, you’ll find very quickly that the majority of commenters won’t do that.

“Shoot them all!” wrote Josette Couchot on KCRA 3’s Facebook live feed of the march.

“Really are they really discriminated? I don’t think so, I think they all need a spanking!” said Pat Harrison.

And even Michael Wasilchin, who is listed on the Natomas Unified School District’s website as Director of Human Resources, writes of the protest, “Awwww … them using the N word … sounding so professional and stuff …”

I could go on. In fact, I scoured the internet for hours, reading comments about the march that took place after Clark’s murder and I’ve come to one conclusion: The world is racist as fuck. Behind the safety of computers, people speak their minds, and, unfortunately, their minds are stuck in the pre-civil-rights era.

If we keep ignoring what’s happening in the world, then we might be more comfortable, temporarily, but then we guarantee another Stephon Clark. Another Eric Garner. Another Joseph Mann. Another Sandra Bland. Philando Castile. Kris Jackson. How can we be comfortable when people are dying at the hands of the state? If you’re angry now, then be angry. Don’t wait for the steps of the system to lull you into an ignorant stupor. Fight back now.

The other day, I saw one of my old students in a coffee shop at a table typing furiously on his laptop. It looked like he was crafting a manifesto with his fists.

“What are you writing?” I asked, excited that he might be sparking some kind of revolution on his MacBook.

He turned his computer around, showing me the screen. It was a game, some stupid looking rabbit hopping through an endless digital maze. Suddenly, his hand knocked his coffee off the table. His other hand, reaching out to save his drink, smacked his computer, which jumped onto the plastic chair, then onto the ground, the screen shattering into a thousand little webs of glass. The shop went silent. “Fuck!” he yelled with his hands on his head, staring red-faced at his mistake. A barista ran from behind the counter with a rag. “Oh no!” she said, heartbroken.

“I’m sorry,” I said, but staring at the soaked mess of glass and metal I got an idea: “If this is what it takes,” I thought, “then let’s break all the fucking machines.”