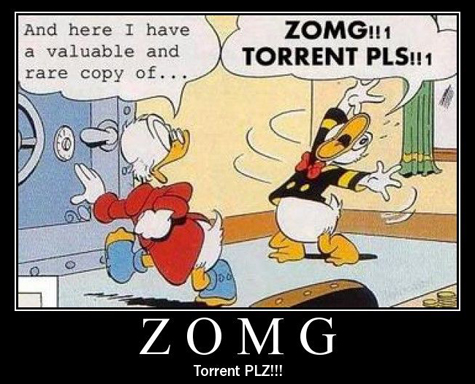 Almost all of us have done it. If you haven’t illegally downloaded music, it’s probably because you don’t know how. My mother is pretty much a saint, a real church-going catholic woman who even sings in the choir, but even she isn’t immune. It seems like after Napster blew up in the late ‘90s, illegal downloads became the norm.

Until recently, I didn’t see a big problem with this. I was a connoisseur, an appreciator, a collector. Music needed someone like me to keep a record of the good shit. I stopped buying music and relied on the Google machine to find me that sweet stuff I needed so badly. That curvaceously lettered bitch of a search engine kept feeding me album after album until things started getting buried. My music collection was in chaos. Whole careers of unheard bands went adrift on the spinning high plains of my hard drive, only to be saved by the occasional shuffle. I realized that maybe I wasn’t doing the good service that I had thought. I was no more entitled to free music than anyone else.

As a lover of music, the past decade has been a worrisome one. The level of musicianship in popular music seems to have decreased dramatically. Simpler is now seen as better by the major labels, and I can understand why they would think that way. As we resort to illegally downloading more music, there is less profit for the record labels. It doesn’t make much business sense to spend a lot of money trying to convince the public that something is good, especially when the public isn’t going to pay for the album anyway.

Make no mistake, though, my concern is not for the financial stability of the record labels. Record execs have fed off the blood, sweat and tears of the artists for generations. My concern is that good music is being buried beneath the pile of shit shoveled by the majors to satisfy the masses. I wish I could just blame the labels, but really it’s our fault. Music has become so easy to get that I believe we don’t value it like we used to. We have nothing invested in it, no stake in the game. We download 15 albums at a time and forget to listen to five of them. We choose the simple over the complex because it requires less time to assimilate and move on. Why let something grow on you when there are literally millions of other options out there that are easily accessible and won’t cost a dime? Our actions tell the labels (and more importantly the artists) that we don’t truly value what they do.

The life of a musician is typically not an easy one. Most don’t end up with millions of dollars, a clothing line and their own brand of vodka. Tour schedules can be grueling and low-paying. Artists on major labels may have it slightly better, but most will not be retiring after their illustrious rap career. When pay is low, musicians get normal jobs. They may do music on the side, but it can’t be their focus anymore. When this happens, we all suffer.

I propose that we change our habits and stop hurting ourselves. I’ve decided to do my part and have stopped illegally downloading music (for the most part…see below). I’m in a position where I can afford to give back to the people who have given me so much throughout my life. I want musicians to know that their hard efforts are worth it. If you are able, I think you should do the same.

Of course no rule is without its exceptions. If buying an album means you have to miss a meal, then get your gank on. If you legitimately bought a CD (those shiny silver discs), a record (those big black plastic discs) or a tape (who are you?), then you shouldn’t have to pay to get it in a different format. Same holds true if you bought a copy and later lost it. Singles are also meant to be stolen as they are more a marketing tactic than anything. There are lots of rare albums that you will never see for sale or could never afford if you did. You are free to illegally download these so that they will be heard and remembered. If an artist dies and the only one left to make money off of his music is the record label, then steal away. Finally, if you are an artist on the album you can take as many copies as you want and give them to whomever you want.

While it may not save us money, we can save music. We decide how talent will be treated by what we buy. Musicians have inspired us for centuries, why not do something that may inspire them? Shed a little coin on their labors of love.