The Optimistic Pessimist: The Trouble with Rabbits 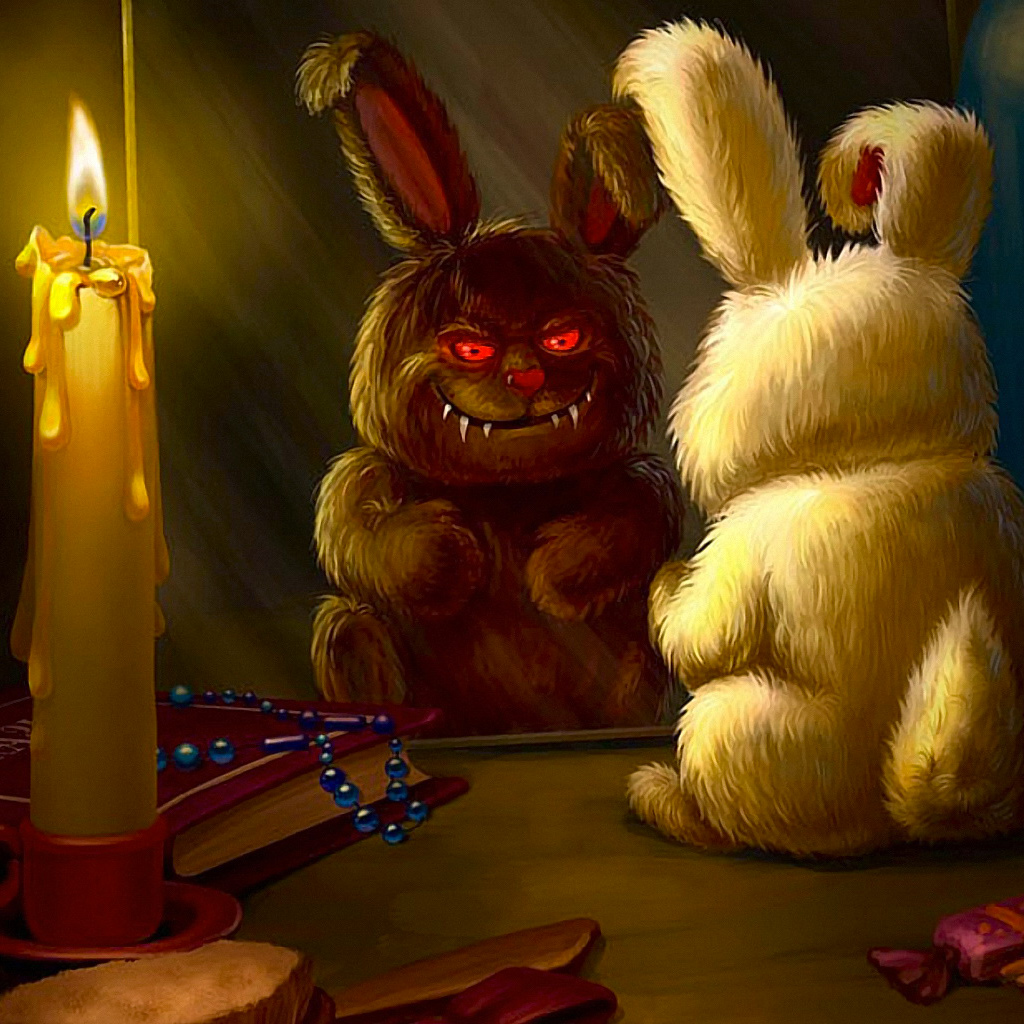 You probably love the Easter Bunny, and why wouldn’t you? He is absolutely adorable with those floppy ears and that puffy tail. As if that weren’t enough, he also gives us candy. Sure, some of that candy is disgusting Marshmallow Peeps and Cadbury Eggs, but he also gives us good things like jelly beans, peanut butter cups, chocolate eggs and chocolate bunnies. It’s hard not to like a rabbit like that, but I’m here to tell you that you might want to reconsider your relationship with this so-called “Easter Bunny.”

For starters, Easter Bunny is not even his real name; it’s just what the rabbits call their bunny king. The current “Easter Bunny” is actually named Carl and he is a real stinker. For a long time, good rabbits were able to hold off shitheads like Carl, but eventually the assholes of the rabbit world were able to wrestle away control through gerrymandering and heavy breeding. Now we have King Carl the Easter Bunny to deal with and I can assure you he is a prick.

There is no clearer example of his dickishness than when it comes to eggs. There used to be a certain symbiosis between rabbits and humans wherein our farmers would happily give up some chicken, duck and goose eggs to the Easter Bunny and his herd in return for various chocolates. This exchange was mutually beneficial for years and allowed for a longstanding peace between rabbit and mankind. That is, until Carl got greedy.

Have you noticed the price of eggs skyrocket in the last few years? You can thank the Easter Bunny for that shit. The farmers have tried to blame it on things like E. coli, but the real culprit is Carl. Carl has been sneaking into our farms and stealing eggs from under the farmers’ noses. Finding it hard to admit that they are being had by a rascally rabbit, the farmers have all kept things quiet. Unfortunately, the government has been no help either, thanks to budget cuts at the FDA and the Department of Homeland Security having spent all of its money on tanks to quell protesters around the country.

The lack of defenses for our food supply are especially unfortunate since Carl is a real glutton. That bastard will eat anything. If you like having a garden, you better hope the Easter Bunny doesn’t find out. If he does, I can assure you that Carl won’t be hiding any eggs in there and you can kiss your prize heirloom carrots goodbye as well. Left in their place will be a pile of green pellets of shit. That’s his calling card.

Should we really be surprised? The Easter Bunny is, after all, nothing more than a stranger with candy. We are all taught at a young age not to talk to strangers and especially not to accept things like rides or candy from strangers, yet here we are letting it happen year after year. How foolish we have been.

There was plenty of other evidence of Carl’s shenanigans out there if we had only been looking. The entire continent of Australia should have been proof enough. Carl the Easter Bunny calls the land down under his home for most of the year along with millions of his kind. In fact the capitol of the bunny kingdom is a large warren just outside of Fucking, Australia.

Living near Fucking, these rabbits naturally take breeding seriously. Under Carl’s leadership, their numbers have grown rapidly out of control. This massive growth in the rabbit population has led to the decimation of crops and forests across the Australian continent. That loss of vegetation has already pushed several species of plants and animals (including the duck-billed platypus) onto the endangered species list. Where will we be without wallabies?

Knowing what you know now, it’s kinda hard not to see those Easter baskets as a bit of a slap in the face, isn’t it? We invite this asshole into our homes and malls and he treats the whole world like his own personal buffet for a few chocolates? This motherfucker has been to the White House countless times for Easter egg hunts. He’s been within a hare’s width of the president and it’s only a matter of time before Carl decides to eat him or her too.

In the parlance of our times, Carl the Easter Bunny is a terrorist and he needs to be stopped. As stated before, he’s been known to reside in Australia for most of the year, though he may still be in the U.S. tying up loose ends and filling his belly with our delicious eggs.

Carl has been known to associate with the likes of Bugs Bunny, Trix Rabbit, accused murderer Roger Rabbit, the Hare and Frank the Rabbit from Donnie Darko. If you see Carl, it’s best that you contact the local authorities as he is considered armed to the tooth and dangerous. He also has two extremely lucky feet that should not be messed with either. Consider yourselves warned!