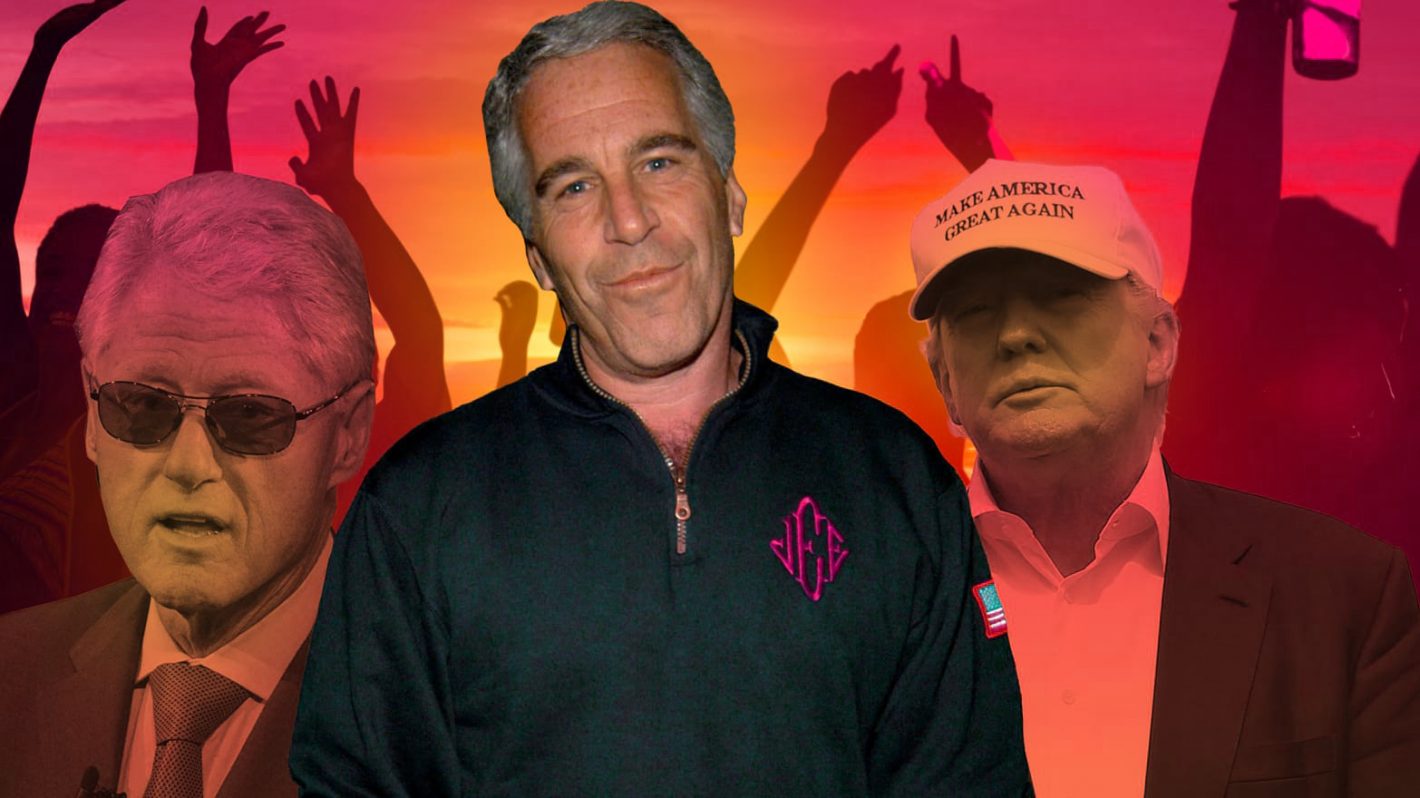 Was really sad to hear that Jeffrey Epstein, the billionaire hedge fund prick who white-guyed his way out of a conviction for sexual abuse only to be brought up once again on charges of sex trafficking, committed suicide while in custody … It’s really a shame that he didn’t choke on a chicken bone or something when he was a teenager and save the world a whole lot of hurt. The only thing that sucks about it is that he once again skirted justice, and we may never know which other powerful people would have been implicated in Epstein’s wake.

My wife informed me of Epstein’s suicide whilst I was on the shitter, which was fitting. The report had just come over the wire.

“Are you serious?” I asked, because immediately before I dropped trough for my morning poop, I could have sworn that we just heard them talk about Prince Andrew being the latest person to fall under scrutiny in the Epstein scandal.

I must admit that my reaction to the news was one of elation. Like I had just evacuated a pound or so of waste out of my bowels, so too had the world just rid itself of a giant lump of shit. I felt a bit lighter, satisfied, as I’m sure did planet Earth. But the second thing out of my mouth was, “There’s no way he just killed himself.”

Even though the dude had pled not guilty to the charges, he was still on suicide watch, presumably because he knew he was guilty as sin and may not be able to white-guy his way out of this one in New York like he was able to in Florida. Though, would anyone really be surprised if he did?

Regardless, he’d been off suicide watch for 11 days, alone in a cell in lower Manhattan, even though he’d already made an apparent attempt on his own life a couple weeks ago. I mean, here’s this weasley bastard, right? And you know he’s scared to death of spending any time in prison, where child abusers aren’t treated too kindly. But he does have all these rich, powerful buddies from his years making all this money doing God knows what. He’s got boats and planes and apartments and a madam who supplies him with young girls and even some island where his rich bros can hang and live out their wildest depravities. You’ve gotta imagine a guy like this is going to do anything he can to save his ass (literally) … He’s certainly not going to go down alone. He’s going to take down everyone he can with him.

I mean, this is the sort of thing that goes through my mind when I hear a piece of news such as this. Immediately, I surmised that this couldn’t have been a suicide. Someone had to have rubbed this loser out.

Of course, I wasn’t the only person to think this. So did our president. Even though President Trump also has ties to Jeffrey Epstein, he blamed the Clintons for Epstein’s death (as if Epstein’s death is a bad thing) on Twitter (because when whiny bitches want to put someone on blast, they do so on Twitter [there’s a slogan for you, free of charge]).

I find myself regrettably unable to disprove Trump’s claims, though. Much like our president, I’m an idiot. I fall for conspiracy theories all the fucking time, though I’m sure they’re usually different than the ones Trump falls for—I guess more left-wing appropriate theories … or anything involving cryptozoology.

Where was I? Right. Trump. Clintons. Epstein.

I have to agree with Trump. In this fantasy world in which the president and I reside, there are always dark machinations working behind the scenes. Lurking in the shadows. The Clintons definitely could have had Epstein killed. Bill has been tied to Epstein, so maybe there was something illicit there. Like I said before, though, so has Trump. I suppose he could have had Epstein killed. Would you be surprised if our president ended up at one of these private island sex parties given his deplorable behavior? If it had to be a choice between the Trumps or the Clintons giving the order, I’d have to side with the Clintons. If the Mueller report taught us anything, it was that the Donald is an ineffectual leader whose underlings often disregard his orders because they have zero respect for him. The Clintons at least can get shit done.

Then again, in this unlikely conspiracy scenario, it could have been any number of influential shitheads, like Alan Dershowitz, or even the Royal Family. Or maybe Jeffrey Epstein finally figured it was time to do something for the good of humanity by removing himself from it. Thanks Jeff. Now rot.

RIP Toni Morrison, whose work taught me the importance of empathy … this column notwithstanding. Sleep well. The world was all the better with you in it.