What is With These People? 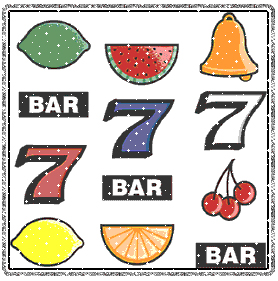 Despite how my column may appear at times, I’m a pretty tolerant person. I do my best to try and understand where someone is coming from before I pass judgement. While I don’t always agree with someone’s chosen path, I at least try to see how they got to where they are now. But even I must take a step back at times, for some people out there make absolutely no sense to me.

Take politicians, for example. I do not understand why anyone would want this job. I know I talk a lot of politics here, but at the end of the day, I would rather clean industrial sewage tanks with my tongue than hold office in this country. Many believe that politicians take the job because they feel a sense of civic duty. Even if that is the reason why someone gets started with politics, after watching this country fall to pieces over the last 15 years, I think we can all agree that it’s not why most stick around.

Some would like to think it’s money, but the politicians were rich before they got into office and would be richer if they had stayed out. Some say it’s power, but even the president is beholden to outside influences. Some believe it’s notoriety, but I bet few of us can name more than a handful of politicians. And to top it all off they must subject themselves, their families and their secrets to repeated and unflattering scrutiny and vicious attack ads. One thing’s for sure, I’m glad they do it so I don’t have to.

Perhaps it’s self-preservation. Congress is said to decide whether the Bush tax cuts should be extended for people who make more than $250,000 per year. Clearly the politicians have a stake in the decision as most fall within that grouping, but what about everyone else? A vast majority of the country wouldn’t be directly affected if these tax cuts expire, and yet some of these same people fight to make sure they won’t.

It’s easy to couch their enthusiasm as part of the American Dream, but that doesn’t answer the question. Why do so many at the bottom believe in the American Dream at all? For generations, their families have toiled and served those at the top, watching their masters grow ever more powerful while they remained still or even worse, slipped backwards. Any economist or historian will tell you that the American Dream is a fallacy. And while the poor protect and even embolden the rich, the rich wipe their asses with the problems of the poor. The top 1 percent threatens self-exile when the poor ask for the basic necessities at the expense of the rich. They use their lobbyists to beat us down time and time again, and they almost always win. So, what do the poor do?

They gamble. They take what little money they have, or even money they don’t have, and they gamble it away. The odds of winning are clearly against them; otherwise casinos wouldn’t exist. They must believe that casinos are really in the business of giving away money. There are those out there who claim they can beat the system, but at the end of the day, in its most base form, they are still playing games of chance subject to the whims of that bitch Fortuna and her wheel of despair.

In truth, most of us have no idea what we are doing. We misread luck for skill, and when we lose a little, we believe we have won. Somehow these massive losses and paltry winnings become an addiction. “Next time will be different!” They will throw everything away chasing a dream that is statistically less likely than being struck by lightning. And when everything and everyone is gone, they keep gambling.

It’s a crazy world we live in. I try to make sense of it as best I can, but sometimes, it’s impossible. As kings and queens of this trash heap, we really only have ourselves to hold us back, and some of us do a magnificent job at it. Some of us do such a great job that they hold the rest of us back in the process. Them, I will never understand.