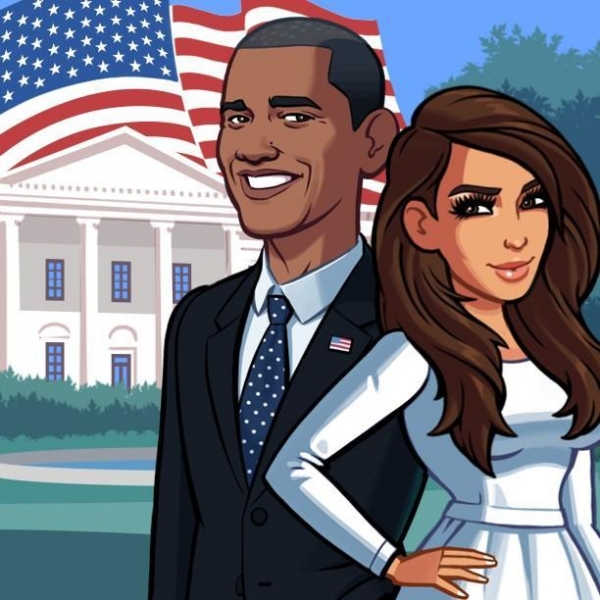 Are you running for president? I had to ask because it seems like every time I turn on the TV or read the news, someone else has announced that they want to be the next President of the United States. On the Democrats’ side we have Hillary Clinton and Bernie Sanders, while the Republicans have so far offered Ted Cruz, Rand Paul, Marco Rubio, Ben Carson, Carly Fiorina and Mike Huckabee. At this point, I’m not sure who isn’t running for president in 2016!

I heard Donald Trump is about to announce that he will run again. His platform this time will likely involve renaming the White House the “Trump House,” plating it with the gold in Fort Knox and installing slot machines in the oval office to make it “a more classy place.” He also plans to force people to wear his ugly-ass ties and donate all of their excess blonde, red and white hair to a personal strategic reserve kept at his favorite wig shop. Lastly, he’d “fire” those punks in China to get out of our debts and “make an offer to ISIS that they couldn’t refuse.”

If you’ve been alive and able to see and/or hear in the past 15 years, Donald Trump running for president will come as no surprise. He pulls that shit almost as often as Newt Gingrich. It’s really just a ploy to collect donations to line their pockets with. A lot of money gets thrown around in these elections and there is no shortage of free press for fame whores either.

No one understands the relationship between money and press better than Kim Kardashian. The more popular Kim gets, the more money she makes, and what is a presidential race if not a popularity contest? The idea for her candidacy came into being at a brunch in New York City with Kanye and Taylor Swift after the Grammys. The two had been trying to out-cool one another all morning in an effort to determine just who was the greatest of all time. Kim ended the contest by announcing she was running for president. She has no platform, but really likes how she looks in a white house.

Not to be outdone, Taylor Swift quickly announced thereafter that she was running for “President of the Universe” before changing her mind and opting for President of the United States as well. Taylor is running on a confusing platform of “boys will break your heart, so don’t trust them, but also, boys are cute and should be loved 4ever,” so I’m not sure how that will work out. To complicate things further, she can’t decide which of her best friends will be her vice president or what she should wear to her inauguration. She has written an album about the experience already, though, and NO IT WILL NOT BE ON SPOTIFY!

Unfortunately for Taylor, there is a little problem with the Constitution. Our founding fathers decided long ago that the President of the United States should be over the age of 35, so President of the Universe it is, I guess. While the founding fathers seemed dead set against keeping the young whippersnappers out of the White House, they didn’t seem to put much thought into holding back the old folks or even requiring that they be alive to serve as Commander in Chief.

That is great news for Prescott Bush, father of George H.W. and grand pappy of George W. and Jeb Bush. Prescott died in 1972 at the ripe old age of 77, so he is a real shoe-in to be the next POTUS. It’s in his blood, after all, or at least what’s left of it. Prescott is running on those good old-fashioned values that everyone wants to go back to, like sleeping in separate beds, not exposing one’s skin, prohibition, treating minorities and women like property and gays like untouchables all while testing nuclear weapons on a regular basis. You know, real American stuff!

If any of these people run, they might actually find traction in some places. Well, maybe not Donald Trump; no one likes him, and he may also be an orangutan, which would make him ineligible for office. This presidential election should both scare and anger us for many reasons, most of which boil down to our favorite television shows being preempted by one meaningless presidential debate after another. It’s going to take some time to weed through all of these knuckleheads and that task, unfortunately, belongs to us. Keep your fingers crossed that not too many more people jump on the 2016 election gravy train and close your eyes if it gets too scary. It will all be over soon.