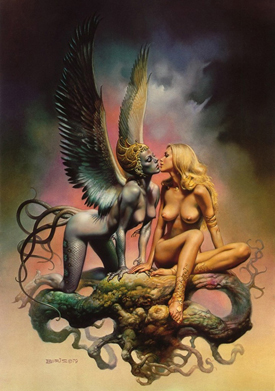 Recently, I’ve discovered a new love and appreciation for Led Zeppelin. I know. I’m about 30 years late to the game on this one, but I’m hoping there’s some room left on the bandwagon.

I can’t say for sure why or when I finally figured out that they were pretty good. It wasn’t like I hadn’t heard them before. I’ve been aware of them for as long as I’ve been aware. But one day, just over this past summer in fact, their music finally made sense. I think I was driving around Sacramento, to be exact, when it happened. I was driving alone on the 5 with my stereo playing, listening to the radio because I’ve had the same Helloween CD stuck in the player for months, and I can’t get it to eject. (And as much as I love their 14-minute epic “Keeper of the Seven Keys,” it bothers me that I can almost recite all of the lyrics with a straight face.) “Over the Hills and Far Away” came on—a song I’ve heard countless times before—and though I never thought it was a bad song, I don’t think I’d ever really heard it before. A few minutes later, the volume was blasting, and I was singing along, even though I didn’t really know the words (one of my favorite pastimes).

Ever since, I’ve been hooked. I don’t own any of their albums, but the good news is, I don’t have to. I do the majority of my music listening in the car—as I’m sure most people do—and lucky for me, there is no shortage of stations that will play Led Zeppelin songs. It’s a satisfying experience for me, being someone who has often fallen for more obscure bands since getting hooked on Nirvana in the ’90s. With lesser-known bands, you really have to work (or used to anyway) to get your hands on their music. You couldn’t just flip a switch and hear them—no fancy equipment necessary.

Now I can understand why they’ve had such longevity. Jimmy Page’s guitar work is a metaphysical brew of bluesy riffs, proto-metal crunch and psych-rock atmospheres. Robert Plant sounds like I would imagine Gandalf the Gray would if he were a rock ‘n’ roll frontman. And that rhythm section gallops like a horde of Visigoths. In short, they’re the musical equivalent of a Boris Vallejo painting. Given my well-documented love of metal (read blog tittled Death Metal), I can’t believe I’ve never liked Led Zeppelin before. It was like when I finally discovered a taste for eggplant; as an Italian-American who’d never liked the vegetable before, it was as if I’d at last become whole.

Recently, it was announced that my new favorite band (well, one member at least) will collaborate with my all-time favorite band. Sonic Youth will perform, with Led Zep bassist John Paul Jones, a piece of music composed by Takehisa Kosugi. The gig will be to commemorate the 90th birthday of choreographer Merce Cunningham, composer John Cage’s life partner and long-time collaborator. The Merce Cunningham at 90 event is scheduled for April 16-19 of next year and will take place at the Brooklyn Academy of Music.

As exciting as I find this news that some of my favorite musicians will be performing together on stage, I have to say I’m not a big fan of avant-garde composers. But who knows—30 years from now, I might start feeling it.