Outdoor Insanity At Its Finest

A red dot of a human is dropped off by helicopter at the top of a mountain. The dot then flies at an almost perfectly vertical angle down the side of the mountain on two skis, propelling over cliffs and leaving clouds of snow racing behind. Heli-skiers, paragliders, whitewater kayakers, mountain bikers—one could simply dismiss these people as nut jobs with a death wish. Or, one could argue that these are some of the most vibrant people walking the face of the planet.

Perhaps Ryan Sandes, featured in the short documentary that follows his solo race across a Namibian canyon, The Beauty of the Irrational, says it best: “I think pushing out of that comfort zone makes you realize how lucky and how fortunate we are.”

Whether you’re an adrenaline fiend looking for a quick visual fix to hold you over until your next big adventure, or someone who prefers to live vicariously through others, the BANFF Mountain Film and Book Festival is a not-to-miss. On April 8 and 9, 2014, BANFF will take over Davis’ Rocknasium (as well as Montbleu Theater in South Lake Tahoe on March 31). The majority of the films document individuals’ journeys in extreme sports, in addition to a few environmental documentaries and comedic shorts. A film festival that sprouted from small beginnings in the late ‘70s in Banff, Alberta, BANFF now boasts a collection of more than 5,000 of the world’s best outdoor films and hosts more than 500 screenings worldwide.

The festival features a total of 30 films. Take a look at a few of our summaries below to get a feel for what to expect. 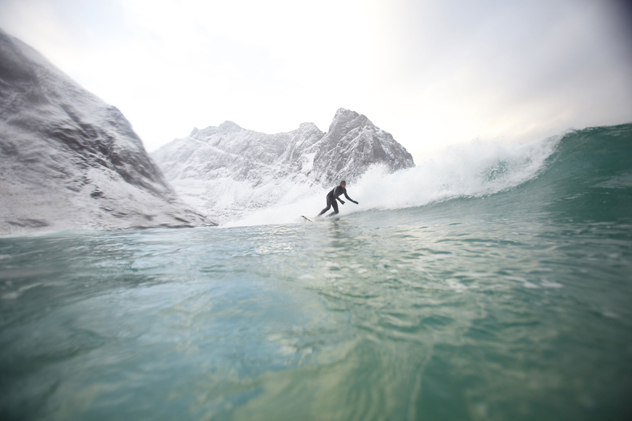 North of the Sun (Nord for Sola)

Like all good adventures, this one started with a crazy idea. Two young Norwegian guys, Inge Wegge, 25, and Jørn Ranum, 22, decided on a whim that they wanted to build a cabin on an isolated island near the coast of northern Norway and the Arctic Circle, allowing them to spend the nine months of the Norwegian winter skiing and surfing there. They built their tiny hobbit-like cabin out of driftwood and whatever debris they could find on the shore. They got by on little more than expired foods they managed to scrounge up. All of this was worthwhile, though, because on the island, they had access to some of the best waves in the world. Fortunately for us, they decided to document the rich experience. In just under 50 minutes, this film will take you to a cold, cold paradise. Initially released on film in 2012, this documentary won 37 awards. 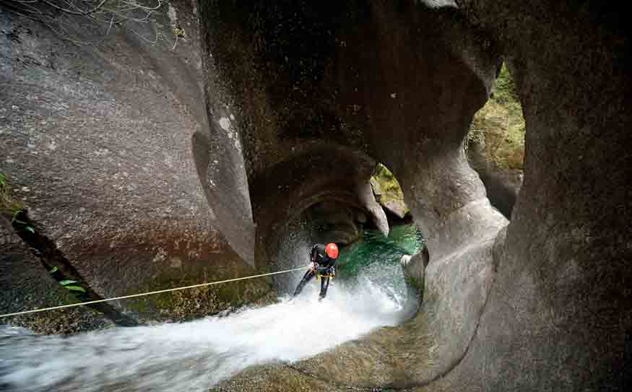 Imagine lugging a pack full of climbing gear to a canyon with a descent that is blocked from view, and trusting gravity to take you down without being able to see the bottom. Unlike climbing, canyoneering mostly means a downward descent, starting from the top of a canyon and using climbing gear to rappel down the sides of its walls. In the first film produced by adventure photographer Francois-Xavier De Ruydts, a crew of canyoneering enthusiasts makes its way along Box Canyon Creek in Vancouver. They stumble upon perfect slot canyons, which then lead them to the “mother of all canyons.” “You can creep up to the edge of that and look in, but all you can see is a narrow canyon twisting and turning out of sight,” explains one of the main characters. In roughly 20 minutes, this video will take you through some of Vancouver’s most spectacular slot canyons and waterfalls, which, until this film, had not been captured on film. 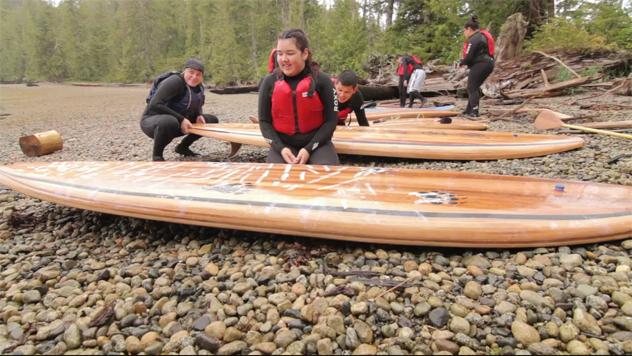 It seems there is no escape from tar sands these days, even on remote islands. The Haida Gwaii, the Queen Charlotte Islands off the coast of Alaska, have made news before, including when logger-turned-environmentalist Grant Hadwin cut down the Golden Spruce in 1997 to make a political statement. Sixteen years later, the same region is again in the spotlight in this surf and standup paddleboarding documentary. The film shows what’s at stake if a Calgary-based oil and gas company successfully constructs a 1,170-kilometer tar sands pipeline from Alberta to the west coast of British Columbia, and transports the crude across the ocean to Asia. The crude tankers, carrying approximately 2 million barrels of oil each, would have to pass through the inlets of the Great Bear Rainforest. Should an oil spill occur, these waters and all of their riches would be doomed. 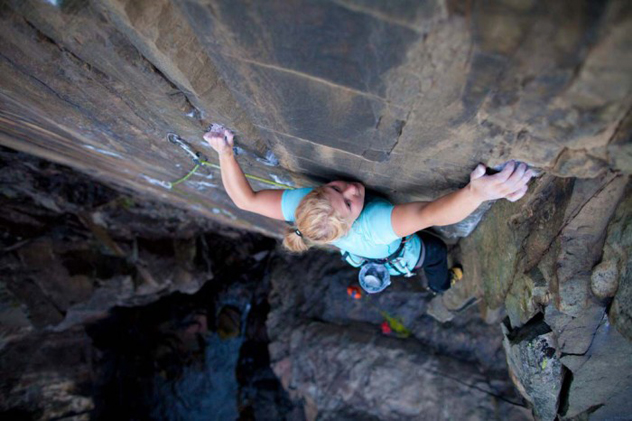 It’s obnoxious that the summary for this film introduces its leading character, Hazel Findlay, as a “nice little blonde girl putting all the lads to shame.” If a woman attempts something usually only pursued by men, why can’t she simply be acknowledged for her accomplishment without the stupid commentary? Nonetheless, it’s refreshing that Reel Rock 8 decided to make a film about Findlay, a climber who immerses herself in the United Kingdom’s climbing scene, which is supposedly dominated by machismo. She is the first woman to climb the British grade of E9. The 20-something-year-old learned to rock climb with her father on the sea cliffs of South Wales at age 7, and went on to claim the title of British junior champion six times in indoor competitions. In 2012, she was the first woman to free climb up PreMuir, a route on El Capitan in Yosemite. In this film, she travels with fellow climber Emily Harrington to Morocco to climb some of the best walls it has to offer at the Taghia Gorge. Despite the lame PR, this film has a lot of promise. 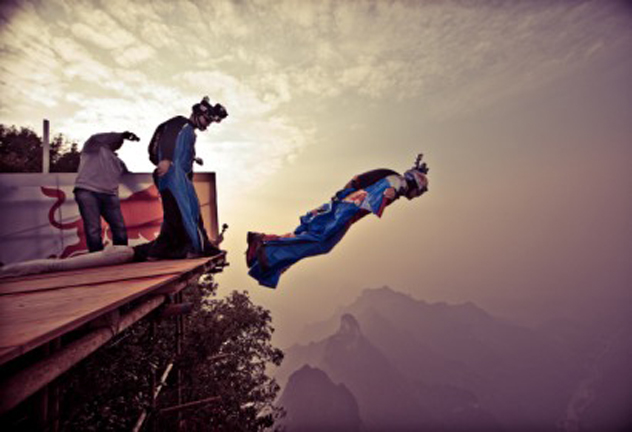 Carved into the side of Tianmen Mountain, located in China’s Hunan Province, is an approximately 100-foot-wide natural arch. The Chinese believe that the arch is a gateway from Earth to Heaven. Naturally, then, it makes sense to throw on a wingsuit and hurl yourself from a helicopter at 6,000 feet toward the arch, hoping to make it through the hole instead of smashing into the side of the 4,265-foot mountain. In September 2011, professional skydiver, BASE jumper and wingsuit pilot Jeb Corliss did just that. This 48-minute film recaptures Corliss’ experience, from the preflight anticipation—including an interview with Conan O’Brien—to the internationally-televised event that took place in front of a captive audience of nearly 50 billion people.
Most importantly, it includes first-person views from the crown of Corliss’ Red Bull-sponsored helmet. 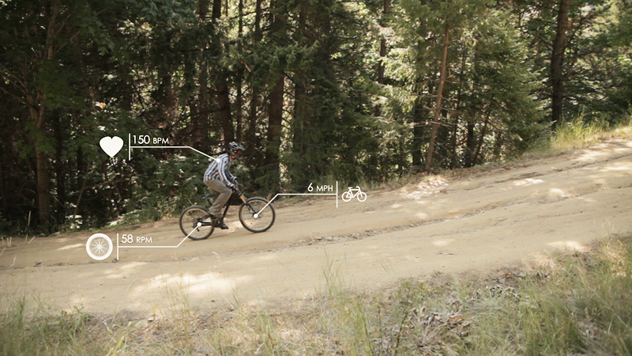 Though this film only spans three minutes, who doesn’t want to watch a geophysicist in a button-down shirt fly through the Cascade Mountains on a mountain bike? Meanwhile, small white text identifies everything Rex Flake passes along the way, from sage and ponderosa pines to ants and the surrounding geology, as well as the different velocities he hits. Instead of accompanying each jump with predictable heavy metal or electro music, the soundtrack includes nothing more than Flake’s wheels against the trail, his ticking bike gears and chirping birds.

In the words of FLOW Mountain Bikes, “To absorb the rhythm of nature is the universal ride. A synthesis of rider and mountain, forest and air. Pure style of human exertion through technology within an ancient landscape carpeted with diverse organic life. Freeriding is the differential perception of a rider in flowing symbiosis of these elements.” Ultimately, this short captures the euphoria of descending trails from 3,000 feet on two wheels, in the best way possible.

Women competed in ski jumping for the first time in history at this year’s 2014 Winter Olympics, largely thanks to Lindsey Van. This film tells the story of the 2009 World Champion, along with the Women’s Ski Jumping USA team. The film traces the obstacles Van faced throughout her career, beginning with being told “fat don’t fly” at age 8 by her coaches, followed by a 15-year battle that resulted in a lawsuit against the organizers of the 2010 Olympics, when Van claimed that her rights had been violated because female ski jumpers were not allowed to compete.

“It’s like my future is in the hands of a bunch of old dudes,” she bluntly observed. Then, when the International Olympic Committee reconsidered whether or not women would jump in the 2014 Winter Olympics, Van got word that she was the bone marrow match for a cancer patient. She would have to consider what was more important to her—competing or saving a life. Expect this film to take you on an emotional journey through Van’s experiences as she fights to do what she loves most. 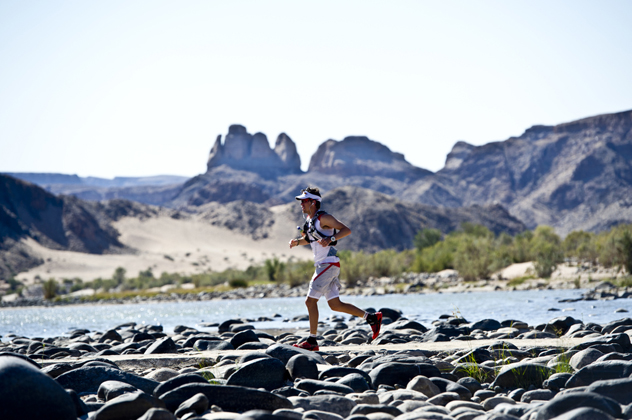 The Beauty of the Irrational

This six-minute short follows Ryan Sandes, a South African ultrarunner, as he makes another attempt to beat the fastest record time running the Fish River Canyon Hiking Trail in Namibia. It is an 84-kilometer (roughly 52-mile) journey, which typically takes five days for hikers to complete. Aside from a desire to beat the record time, Sandes’ motives are simple: “Generally we always question ourselves, we feel like we always gotta be rational about things instead of actually just doing it for pure enjoyment,” he says. Trailed by a small crew of people who assist him, Sandes beats the 10-hour, 54-minute record with a six-hour, 57-minute finish. As it follows Sandes shuffling down rocks and scaling edges of cliffs at full-speed, the camera drags along, capturing spectacular panoramas of the Namibian landscape. These are sights you will want to see on a big screen.

You’ll have two chances to check out the BANFF Mountain Film and Book Festival. First, you can head on up to an actual mountain on March 31 to the Montbleu Theater at 6 p.m. But if you’d rather stay put in the valley, head to Rocknasium on April 8 and 9. You can purchase tickets to the Rocknasium event by calling (530) 757-2902.