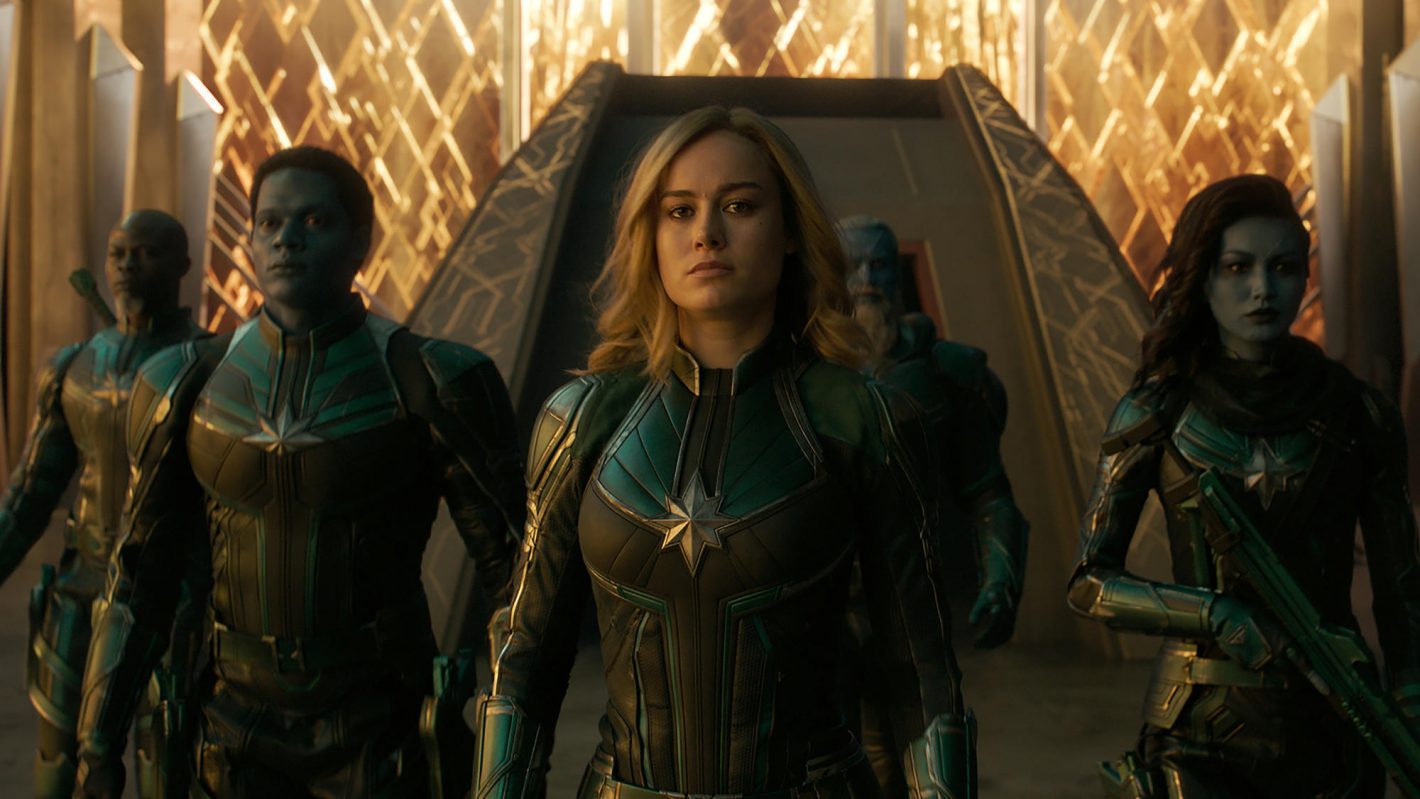 OK, OK. I think we should all agree to stop lumping all superhero movies together. Complaining about Marvel movies is like complaining about cold wind in winter. It’s never gonna change [insert global warming joke here], and the way Hollywood has broken means we’re gonna see lots more movies about people in spandex suits before this is over, so we might as well start collectively enjoying the good ones. Full-disclosure, as the father of a 9-year-old, I have to/get to see a lot of these, and as someone who works in Hollywood, I have to/get to read about them a lot, too, and I can tell you that they’re changing. Hollywood has morphed from an innovative industry that used to be preoccupied with critical acclaim into a bloated boys club obsessed with box office revenue, but this means that when there’s a backlash, the suits are listening—not at all in an altruistic way, of course, but when this project was first circulating the rumor mill, it was called Ms. Marvel and Ava DuVernay (a progressive voice who had previously directed Selma) was attached. Hollywood is aware of the resentment for macho superhero flicks, and it’s a good thing for all of us.

Another innovation we owe to the Great 21st Century Superhero Pushback is the restructuring of characters and plot in Captain Marvel. Now, don’t go on Reddit and read about this. Marvel fanboys really have their tiki torches lit over this one, but here’s the Cliff’s Notes version: In the comic book, the titular character is a male-bodied alien not very subtly named Mar-Vell, and his sidekick is a female-bodied alien named Carol Danvers. In this film, written and directed by indie team Anna Boden and former Sacramentan Ryan Fleck, the titular character is female-bodied and an expository detail in the set-up and pay-off of the film, but the story focuses on Carol Danvers, played by Brie Larson, who is also a Sacramentan by the way, and more importantly, one of the progenitors of the #MeToo movement. 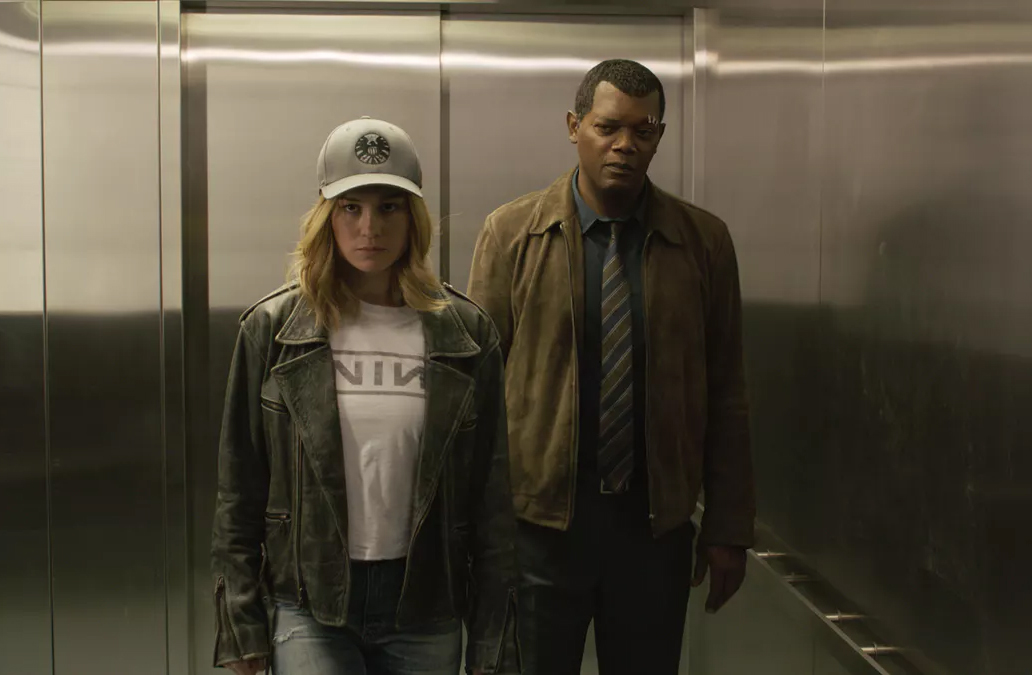 The thrust of the film follows Danvers as a Kree special force soldier who unknowingly steps into a trap, exposing her to capture by an alien race of shape-shifting Skrull. The Skrull kidnap her and take her aboard their spaceship so they can access her memories—memories that, after an accident, Danvers didn’t have access to herself. This iteration of the superhero flick is particularly compelling because we’re able to unravel Danvers’ memories along with her, following her down the murky path of uncovering her past. In this way, and if you leave out the alien talk and ass-kicking, the core of the story more closely resembles True Detective than a Spider-Man movie.

Danvers eventually breaks free from her captors using her mysterious (but incredibly fucking badass) electrical blast powers—something we’re only allowed a glimpse of an explanation for in her memories. After kicking Kree ass so hard that their spaceship breaks apart, Danvers steals an escape pod and crash-lands on a planet called E-53, which looks a lot like … OK, it is planet Earth in the mid-1990s. 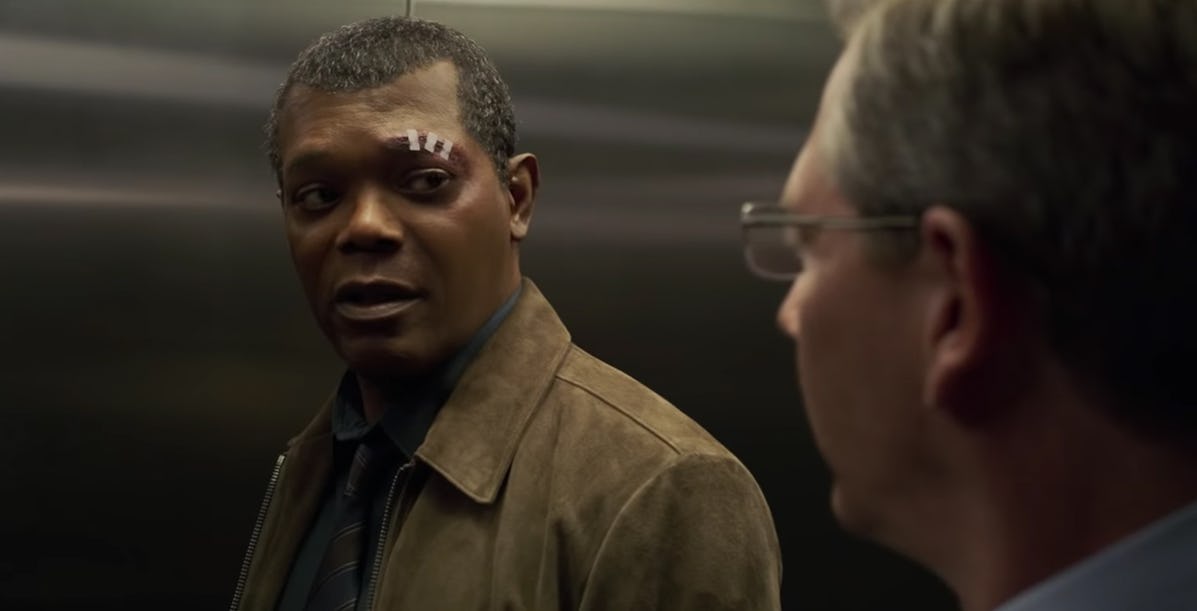 We meet a digitally de-aged Samuel L. Jackson as Nick Fury, and as the second act dawns, we explore the problem more. The righteousness of the Kree is cast into doubt, and in a way that leaves Danvers wondering if her fellow Kree are doing the wrong thing in exploiting the Skrull.

Draw whatever conclusions you want, but the film flips on its head in a very 2019 moment when Danvers realizes—and I’ll try not to ruin it for you—but the people she’s being manipulated into hating are in fact, destitute and starved for resources. The interplanetary conflict that has destroyed so many lives, is, in fact, the result of marginalized people seeking refuge. Did I put too fine of a point on that? 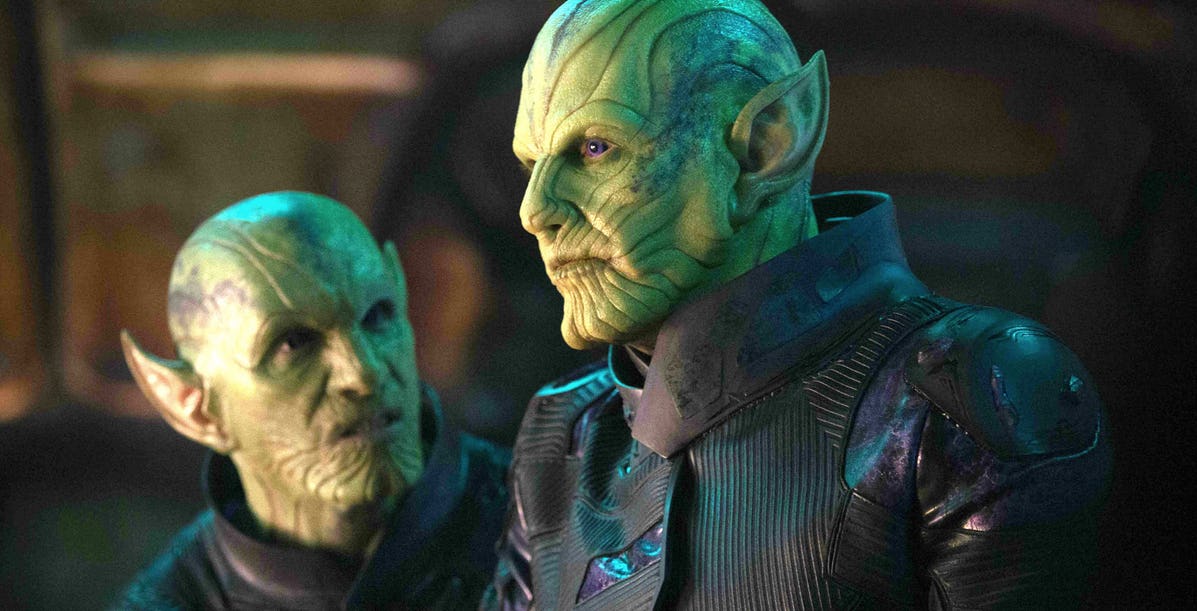 In any case, all of this critical nuance happens over some pretty awesome cinematography, fantastic mid-’90s hip-hop and grunge soundtrack, CGI-face Samuel L. Jackson and a very on-top-of-her-game Brie Larson (who is apparently so ripped now that she can push a Jeep uphill—check her IG).

Here it is, the superhero movie for people who’ve been complaining about superhero movies. Now shut up and go see it so we can have other cool shit like an all drag queen reboot of X-Men starring RuPaul as Wolverine.