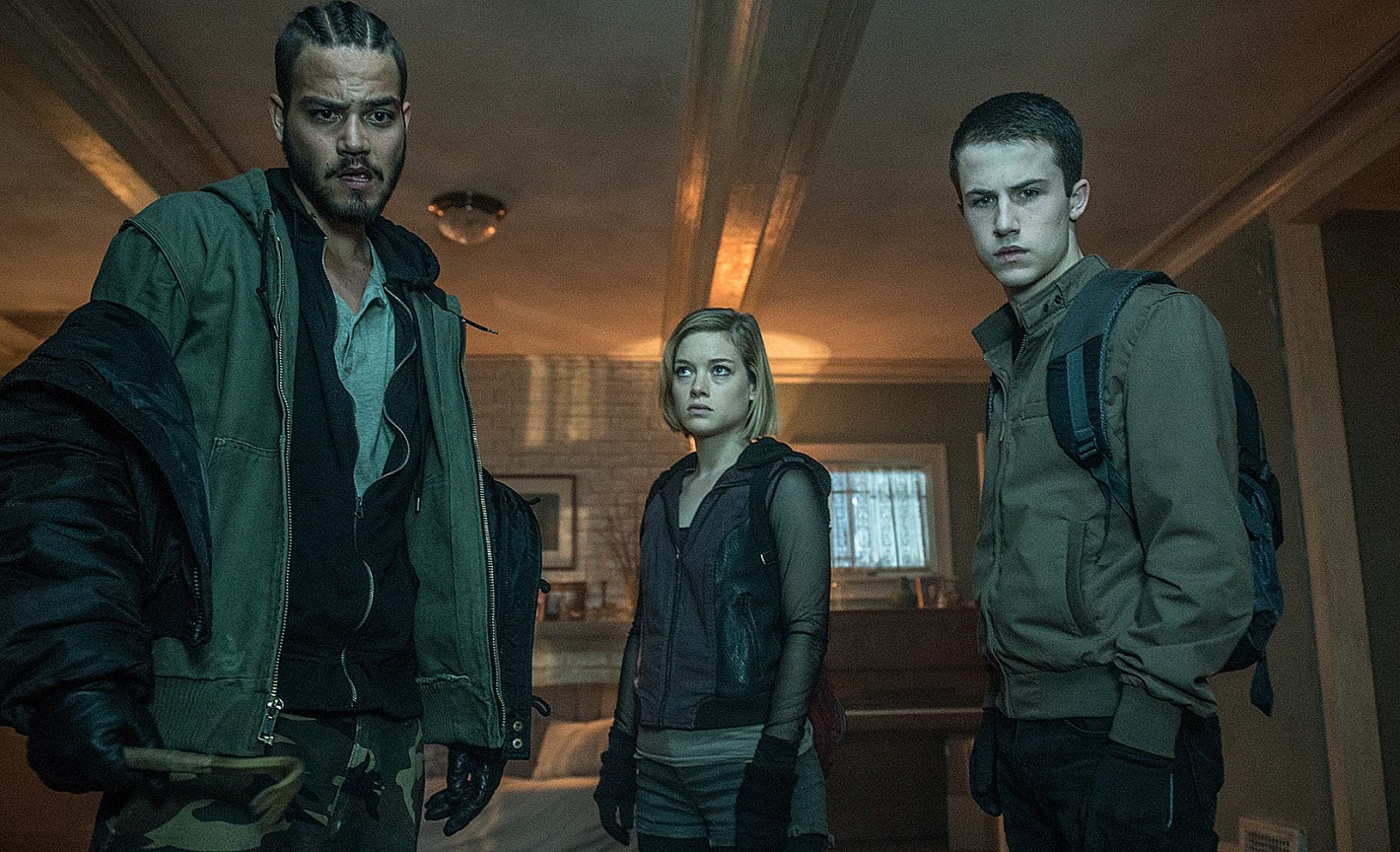 Are you familiar with “Three Blind Mice?” Aren’t we all? But did you know that it actually has nearly two dozen stanzas, and that in the end the mice grow their tails back with the help of a chemist? That’s OK, neither did I until five minutes ago. So just imagine Don’t Breathe as the 88-minute adaptation of the classic, truncated version of the aforementioned nursery rhyme, only it’s a Gulf War veteran instead of a butcher’s wife. And the Gulf vet is also blind. So it’s four blind mice. Or maybe it’s more like “There Was an Old Woman Who Lived in a Shoe.” No, wait. It’s gotta be your bull.

Don’t Breathe is a succinct little horror-thriller brought to you by Fede Alvarez, director of the 2013 Evil Dead reboot. It follows three 20-something flunkies amid the rundown suburbs of Detroit who make their living in semi-pro home invasions. When Money (Daniel Zovatto) is tipped off to a potentially lucrative score, Rocky (Jane Levy) sees it as her chance to make one last grab; the proverbial jackpot that’ll afford she and her young daughter the opportunity to move from dreary Michigan to sunny California. Despite the misgivings of fellow co-conspirator Alex (Dylan Minnette, Goosebumps), the robbery seems simple enough: Snatch $300K in cash from the decrepit old home of a blind Gulf War veteran (Stephen Lang, Avatar). That he acquired the lump sum via settlement after the vehicular manslaughter of his only daughter is immaterial to both Rocky and Money. But (as you might have guessed) things are not always as they seem. And when the initial break-in goes horribly wrong, Rocky and Alex are plunged into a nightmarish fight-to-the-death with a man they vastly underestimated in more ways than one. 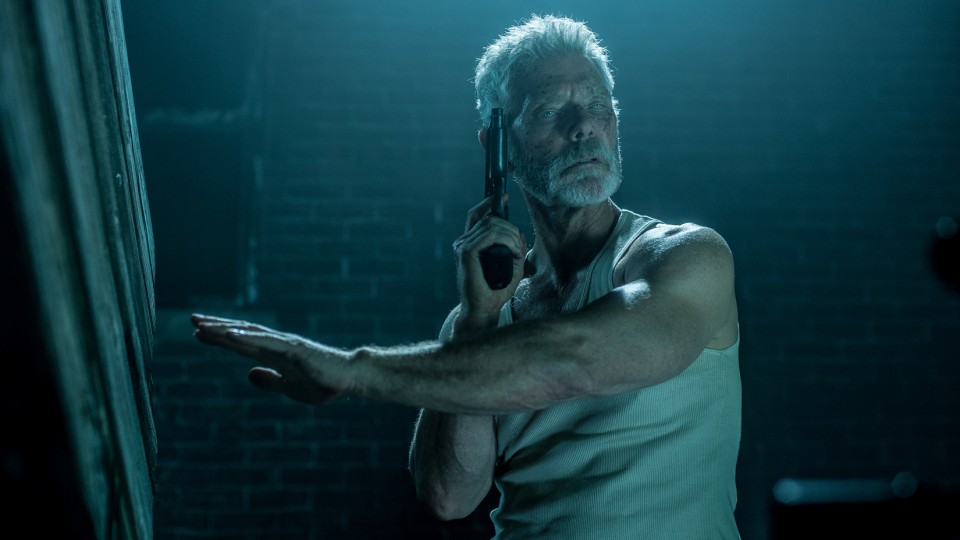 To say that there’s beauty in simplicity is sometimes cliche, but that doesn’t make it any less true. Don’t Breathe, to be absolutely certain, is simple in every way possible. And that’s exactly why it’s fun and good and worth watching. Take another look at that aforementioned runtime: 88 minutes! No unnecessary love interests, sex scenes or false endings; no pointless backstory, overindulgent plot twists or grandstanding. It takes all of 10 minutes for the plot to be fully established, and from there it’s nothing but meat and potatoes, ham and eggs. (Does that make me sound like a railcar hobo?) Calling Don’t Breathe refreshingly concise does seem like something of an overstatement, because it’s not as if there aren’t other films that clock-in around the 90-minute mark. But it’s exceedingly more and more common for mainstream movies with absolutely nothing to say to regularly break the two-hour mark, which is a point of interest in and of itself. Isn’t this the most attention-deficit generation in recorded human history? A generation of young people and adults so obsessed with moment-to-moment interaction on their phones, iPads, tablets and whatever else, that they will literally walk into oncoming traffic in pursuit of a Japanese emoji? OK. So, why do Marvel and DC movies average 130 minutes-plus? Why are all the Hangovers and Wedding Crashers rebirths of the NeverEnding Story? And when will this woman at the coffee shop come to her senses and realize we should be married?

Uh … that doesn’t matter. What does matter, is that Don’t Breathe, in addition to its breviloquence, is can’t-miss entertainment for fans of the genre. Not overly gory, though intense enough to make you moan, groan and jump in your seat, it’s a great Friday night theater experience, especially in a room packed with college kids precariously/enjoyably walking that thin line between talking too much and just enough. And I must say, without giving any particular spoilers, that Don’t Breathe also has a truly memorable scene. One that will rank up there with some of the sleazy horror highs (or lows) in terms of its sheer unnervingness; one that you recall with a friend years down the line. (“Yeah, man, that was almost as bad as the _ _ _ _ _ _ _ _ _ _ _ _ scene in Don’t Breathe.”) Both Jane Levy and Stephen Lang are quite excellent in their respective roles, and it’s the kind of flick that will likely land Fede Alvarez a lot more work, hopefully beyond whatever shitty sequels they’re already planning.

Mark Don’t Breathe down for your next trashy date night. 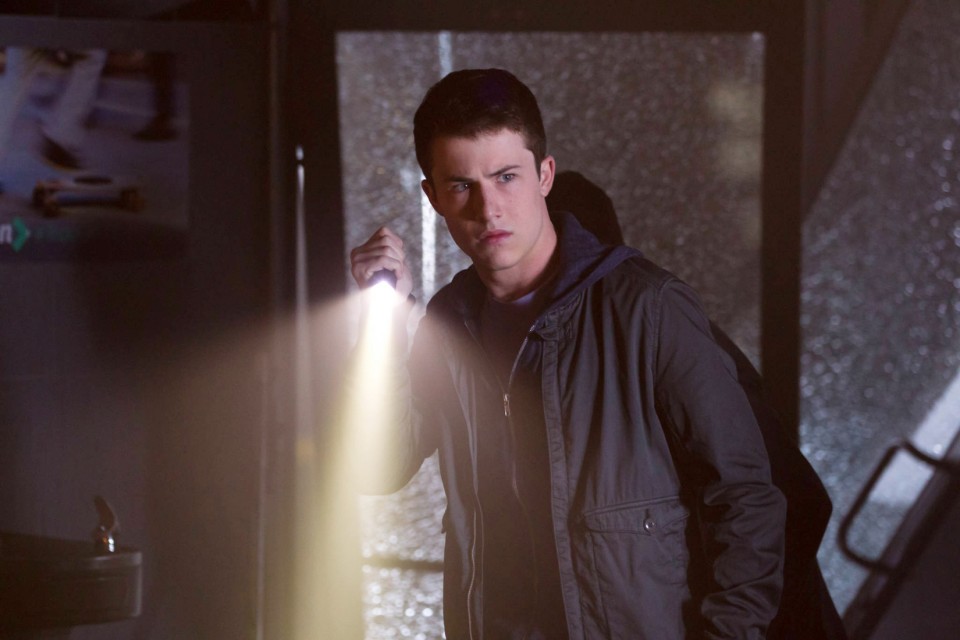