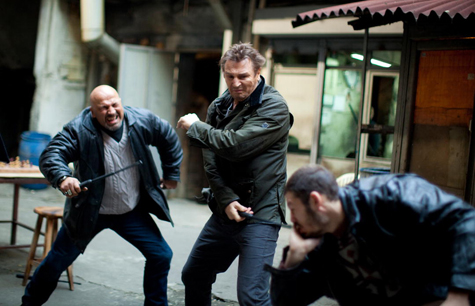 Liam Neeson has played some big name bad asses during the course of his lauded movie career. He was one of the Knights of the Round Table, Gawain, in Excalibur and Kegan in my favorite fantasy schlock fest Krull (come on, Krull was awesome!) back in the ‘80s. More recently he’s been stone cold criminal mastermind Ra’s Al Ghul in Christopher Nolan’s Batman trilogy and even starred as Zeus himself in the 2010’s Clash of the Titans and its 2012 sequel Wrath of the Titans. He’s even portrayed real life heroes like Rob Roy, Michael Collins and Oskar Schindler. It’s strange then that even with this impressive canon of roles he’s performed that Bryan Mills has become one of his most iconic. The character has become a cult hit among the Internet meme generation, and that’s a credit to Neeson, because though Mills is a retired U.S. spy who can easily throttle baddies, he’s not as flashy as your James Bonds or Jason Bournes. Taken was released back in 2008, and judging by the crowd at the theater on opening night, it would seem that this sequel was highly anticipated. Taken 2 delivers plenty of high-octane Neeson-ocity, which almost masks the fact that it’s kind of a by-the-numbers action flick.

The cool thing about Mills is that though he’s a kick-ass spy, he’s also a dad. In the first film, he unleashed holy hell on a horde of faceless villains in order to retrieve his daughter Kim (played in both films by Lost alum Maggie Grace). So, while Bourne whoops butt in hopes of regaining his identity, or Bond thwarts evildoers so he can score with a bevy of exotic women, Mills is much more relatable. Hey, he’s just a family man, you know? Why do you have to go and mess with the dude’s family? 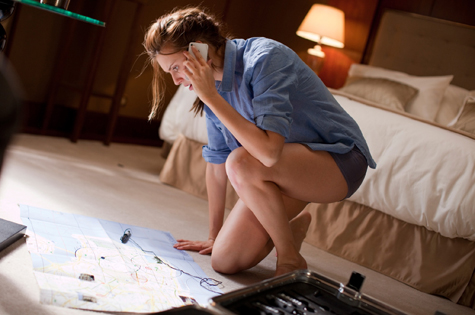 Taken 2 sees Mills pitted against another family man, Murad Krasniqi (Rade Serbedzija). Krasniqi’s son was the man who kidnapped Kim in the first film and met a horrid end at the hands of Mills. Krasniqi assembles a group of ornery henchmen to exact revenge upon Mills and tracks the former spy to Istanbul, Turkey, where he’s relaxing with his ex-wife/baby momma, Lenore (Famke Janssen), and daughter. This time around, though, it’s Mills and Lenore who are “taken” leaving Kim to bust her parents out of a dungeon buried deep in the winding streets of Istanbul.

There are cutesy moments of Mills’ family life. He uses his spy training to track Kim down to her new boyfriend’s house and teaches her how to pass her road test. He gives Lenore a shoulder to cry on when he discovers that her new husband is just a big ol’ jerk, and on a boat in Istanbul, Mills asks Kim if this boy of hers is someone she thinks is special. It’s all very sweet and antiseptic.

Luckily, Mills is better at incapacitating well-armed villains than he is at Talking About Feelings. Be it via hand-to-hand combat or packing heat, he’s a one-man wrecking crew who’ll stop at nothing to defend his family and ensure that they will never again have to fear for their lives. There are some neat action sequences here, such as when Kim, still new to driving, escapes from corrupt Turkish police through labyrinthine streets with poppa bear in the passenger seat, unloading clip after clip into their pursuers. An epic boss fight occurs as Mills takes on Krasniqi’s head henchman, the man who was in charge of torturing his wife. Neeson, now 60 years old, more than holds his own in the fast-paced, bare-fisted battle.

Don’t worry, I won’t ruin the outcome for you, but you can probably guess who wins. But the burning question left for the end of the film is whether or not Kim will pass her road test. Spoiler alert: She gets a perfect score! 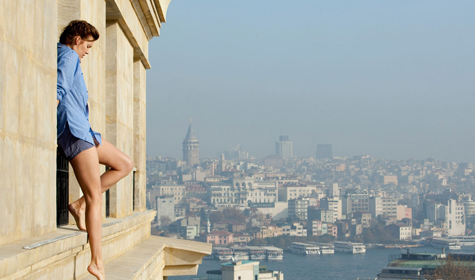