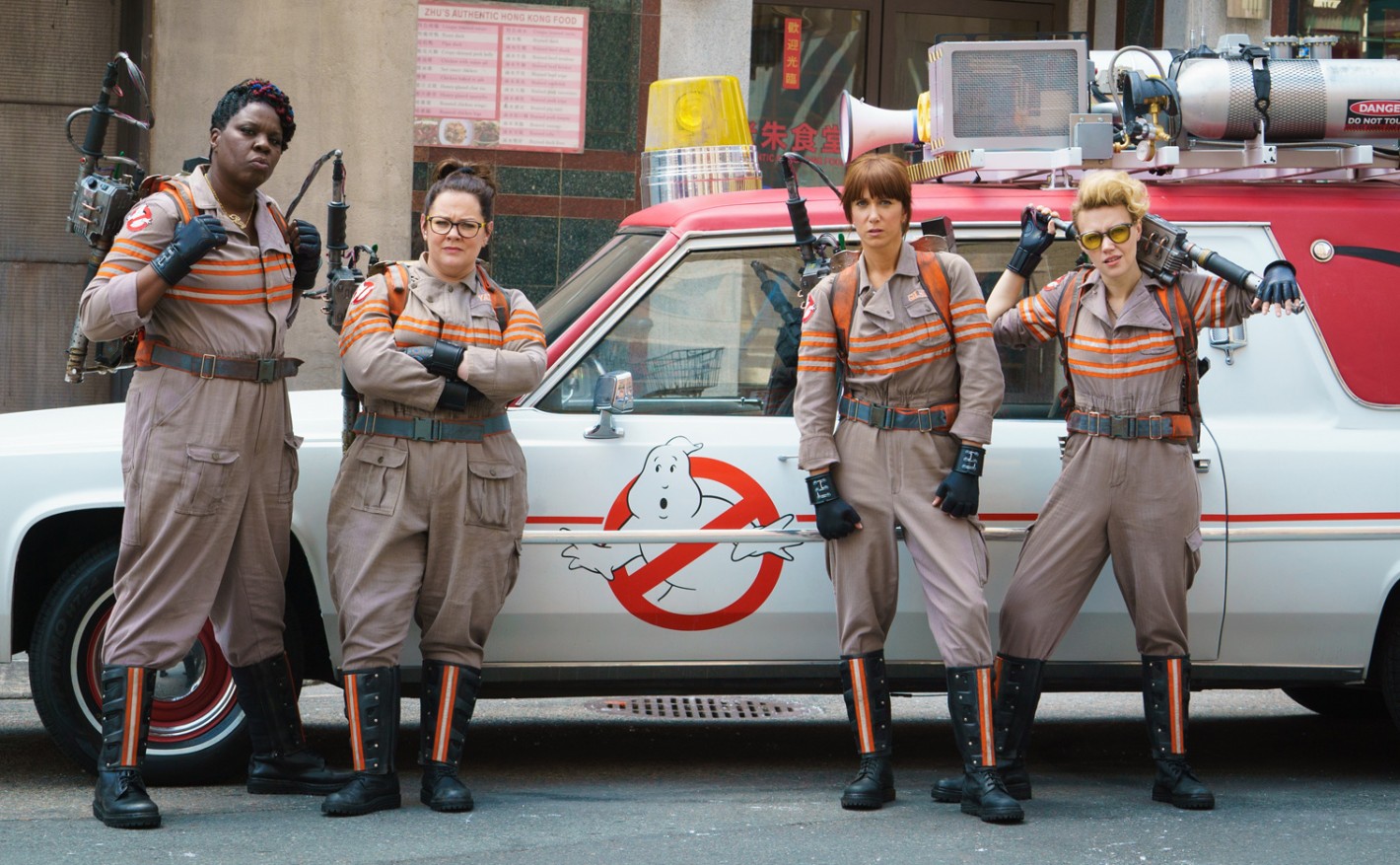 It’s strange what gets politicized. A couple months ago, as I’m sure you heard, the Ghostbusters reboot became the center of a bizarre sexism controversy, with the voices of a small clique of weirdo, Internet male chauvinists leading the way for an outcry directed at the all-female cast. Which is completely insane. In fact, here are some things that would be considerably more sane than hating Ghostbusters on the merits of sexism:

I, like most, can raise my hand as a fan of the original and still know that any intrinsic value or lack thereof from a reboot has nothing to do with gender and everything to do with acting and writing.

Whoa … “intrinsic value?” We are talking about Ghostbusters, right? The tale of three broke pseudoscientists and their blue-collar buddy chasing ghosts around Manhattan in a 1959 Cadillac hearse called Ecto-1? I suppose I never fully grasped the inherent maleness of such fine art. Surely the feminine wiles of Melissa McCarthy, Kristen Wiig, Kate McKinnon, and Leslie Jones could be no match for the comedic male genius of Paul Rudd, Ed Helms, Kevin Hart and … Jason Segel?

And after all that, after all the controversy and even a hot take from Donald Trump himself, Ghostbusters 2016 is finally available for public consumption. And you know what? There’s actually a lot of laughs!

The premise borrows considerably from the original, with a trio of “scientists”—led by Erin Gilbert (Wiig) and Abby Yates (McCarthy)—seeking legitimacy after their first verifiable other-worldly encounter. At their side is Jillian Holtzmann (McKinnon), who, summoning parts Spangler and Venkman, is flat-out hilarious at times. Along the way the trio befriends Patty Tolan (Jones), an MTA employee with a knack for the city. Together they battle a nefarious janitor (Neil Casey) hellbent on releasing a smorgasbord of supernatural activity upon New York. 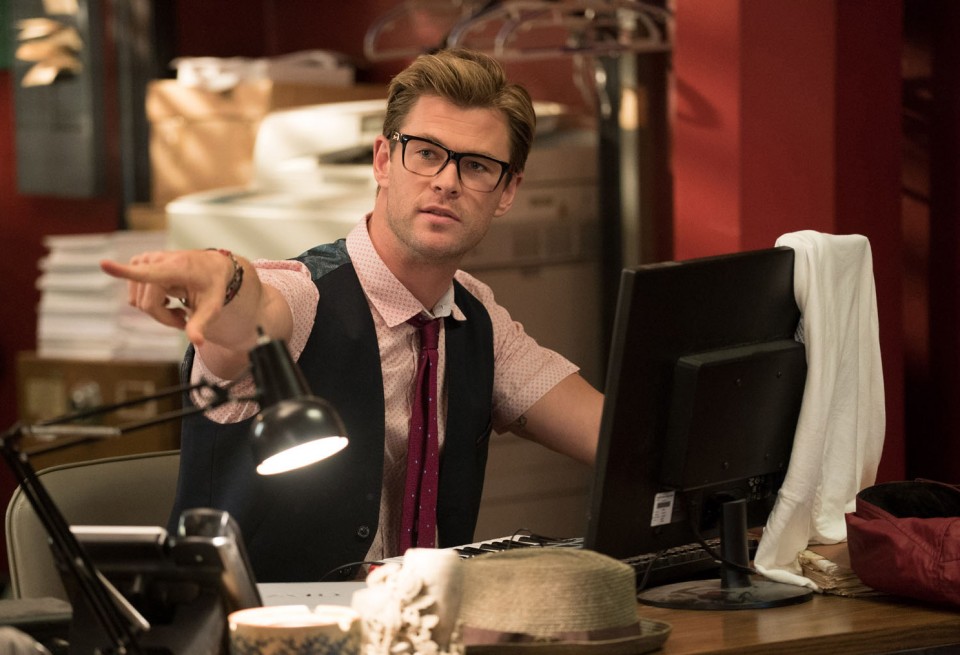 If that doesn’t sound like rocket science, that’s because it isn’t. It’s three friends from SNL and a leading lady comedienne getting together to catch ghosts while hijinks ensue, which is both good and bad. The good part is the natural banter and humor the cast shares, likely stemming from familiarity and comfort. The writing itself isn’t great, but these women work so well with one another that they’re able to salvage even the flattest bits. The bad part is that with so much energy devoted to repartee, the story itself is muddled and more or less an afterthought. And while movies like Ghostbusters are inescapably silly to begin with, there’s an unsung talent in presenting said silliness in a manner befitting semi-seriousness. This Ghostbusters has no Walter Peck antagonist, nor Dana Barrett protagonist. It’s basically gags, cameos and cool special effects. And if you’re really going to crack the nut in the PG-13, family friendly universe, you’ve gotta bring a little more story to the table. Case in point: Chris Hemsworth (Thor) as dumb hunk secretary Kevin. It was a cute bit at first, the reverse-sexism angle playing nicely. But they kept coming back to it, over and over, and Kevin quickly turned into Brick from Anchorman—a relentlessly stupid non sequitur. Take half the time spent on Kevin and put it towards the actual plot, and you’ve probably got an overall better product.

That aside, this movie does not totally suck. It was never going to live up to the original, but franchise reboots never do, and to think that Ghostbusters was somehow immune or more sacred than any other yesteryear cash cow is ridiculous and unrealistic. And if it weren’t for all the deep-down misogyny and misplaced aggression harbored by a smattering of Neolithic half-wits, magazines like Submerge could publish movie reviews based strictly on merit without having to lean on sociopolitical issues. But until that time comes, let’s keep the conversation going. 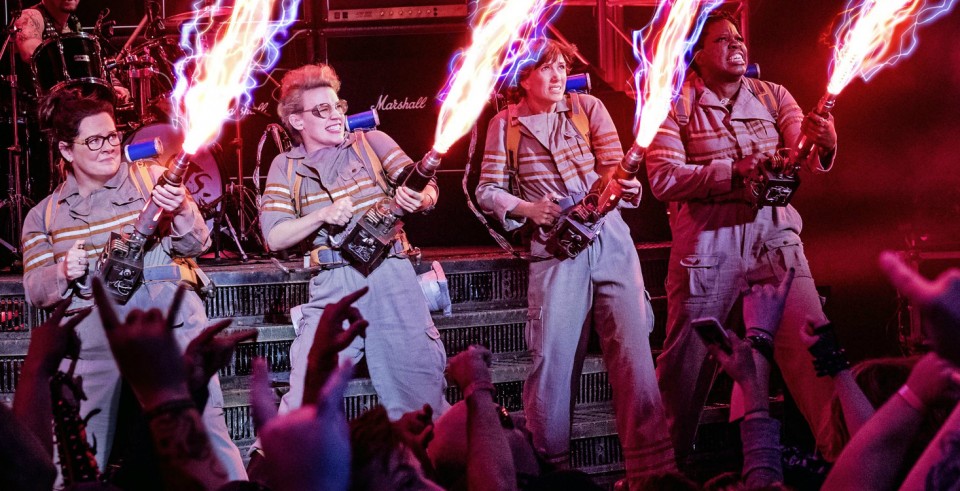