This Is Growing Up • Girls: Series Finale 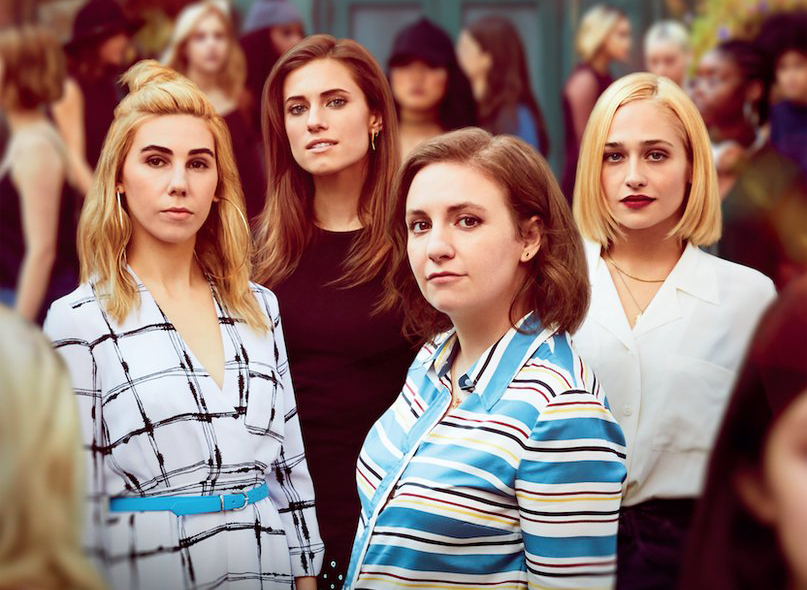 Flaws. They aren’t what define us but they’re very much a part of our story while growing up. This has been a central theme for HBO’s comedy, Girls, throughout its six-season run. With its finale Sunday, the show has provided growth, not only for its characters, but specifically the show’s creator, Lena Dunham.

The series has been skewered for its imperfections, but I’ve continued watching week to week because its characters’ flaws are what make it so relatable and relevant.

For those unfamiliar with the show, it’s centered around four privileged millennial women trying to navigate life in New York City. On the surface the show’s premise naturally reminds people of the more glamorous and fashion forward Sex and the City. Although there are plot points and dramas that are certainly far-fetched, the girls definitely don’t go through life as elegantly as Carrie Bradshaw and her squad. Sex and the City is for my mom’s generation, while Girls is for mine.

Dunham could have used this platform to convey how diversity is a wider problem within Hollywood and should be further addressed, but I don’t fault her for writing a story based on her own reality. At least she recognizes the diversity dilemma. On a January episode of NPR’s podcast Sooo Many White Guys, for example, she stated, “Jenni [Konner] and I are not going to make another show with four white girls on the poster.” Further adding she understands representation matters.

Hannah Horvath (Lena Dunham) the self-proclaimed voice of a generation; Marnie Michaels (Allison Williams) the manipulative type-A; Jessa Johannson (Jemima Kirke) the toxic, free spirit; and Shoshanna Shapiro (Zosia Mamet) the innocent basic are inherently annoying. They bitch and moan over first-world problems, have no concern for the political or global climate of the present, and are people I would genuinely avoid at all costs. But this isn’t why I relate to them.

With each personality I saw the dark emotional anxieties and pressures of being in your twenties and the uncontrollable impulses we have at an age where living in the moment is like a ticking time bomb. Throughout the series, every one of the girls exposes insecurities we all share like loneliness and the recurring realization that we aren’t perfect.

Girls’ portrayal of sex also kept the show exceedingly honest. I’ve never seen a show be so open about how awkward sex is. Because sex on screen is so saturated with beautiful people, it often leads normal looking folks to feel ashamed to be a part of it. But Dunham changed that with her character’s relatable, imperfect body (watch her first inept scenes with Adam (Adam Driver) in season one, and her latest blundering experience of coitus with Paul-Louis (Riz Ahmed) on a twin bunk bed this season). 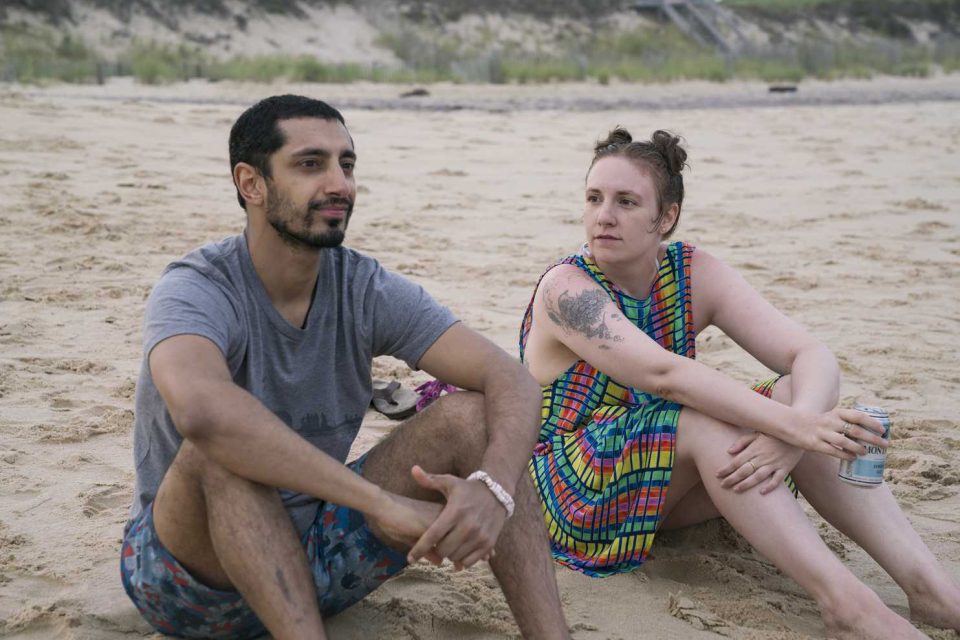 This brings me to Hannah and the finale of the show. For Hannah, she’s moved out of the city for the purpose of getting a new perspective and peace of mind. She’s bounced in and around job opportunities. None have really worked out for her. Neither have relationships.

She runs away from boys, her friends and those unfortunate jobs by moving to upstate New York. Little did she know running away didn’t mean running away from things she needed to confront.

In the finale aptly titled “Latching,” Hannah is yet again at a spot where she doesn’t want to face the reality of being an adult. Except this time, she has a baby that is a product of her earlier season fling with surf instructor, Paul-Louis.

The episode opens with Marnie forcing Hannah to allow her to be co-parent to her new baby boy. Because of her obvious stress and uncertainties, Hannah often alternates between demanding Marnie to distance herself from helping with the child, to almost always expecting Marnie to be there when the baby begins to be a difficult burden.

This is how Hannah behaves toward all things in her life—always frustrated with the personal advice from others, yet too stubborn to be able to face the realities of problems head on, and would much rather blame people for her mistakes and hardships while also putting guilt onto them to be there for her. 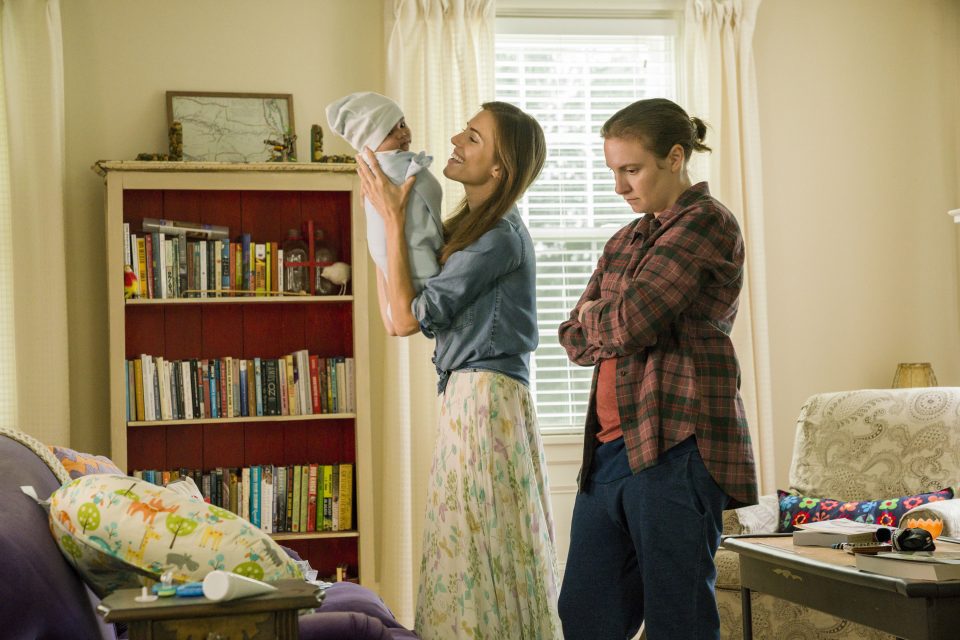 Later in the episode, a sobering reality hits when Hannah’s mother visits and articulates in an argument about parenting, “Your baby is not a temp job!” Which refers to Hannah’s erratic behavior with jobs and relationships in the past six seasons. This mother-daughter exchange is so relatable, because often parents, regardless of arguments, support and attempt to keep their children as grounded in reality as they can.

The episode is a major turning point for the character. Hannah can’t make it all about her anymore and comes to the realization that her baby is the center now.

Through its ridiculous trivial relationships, and absurd moments, being in your twenties is truly the time to endure all these experiences of excitement, heartache, disappointment, anxiety and fear. I think Girls was a constant reminder that just because something bad or good happens, that doesn’t make it the end of the world or the last page in the fairy tale. Life keeps going, and learning to breathe and roll with the frustrations of not being the center of the universe will ultimately help you.

What this show and its finale meant for me is a reminder that we all have to grow up. Like Hannah, I’m trying to figure my life out, and like Hannah, it’s not graceful, but it reminds me that this moment in time is not only constantly confusing but also constantly exciting. I’ll miss tuning into Girls each week to watch fictional millennials gripe about their problems. I’m looking forward to seeing what Lena Dunham comes up with next. 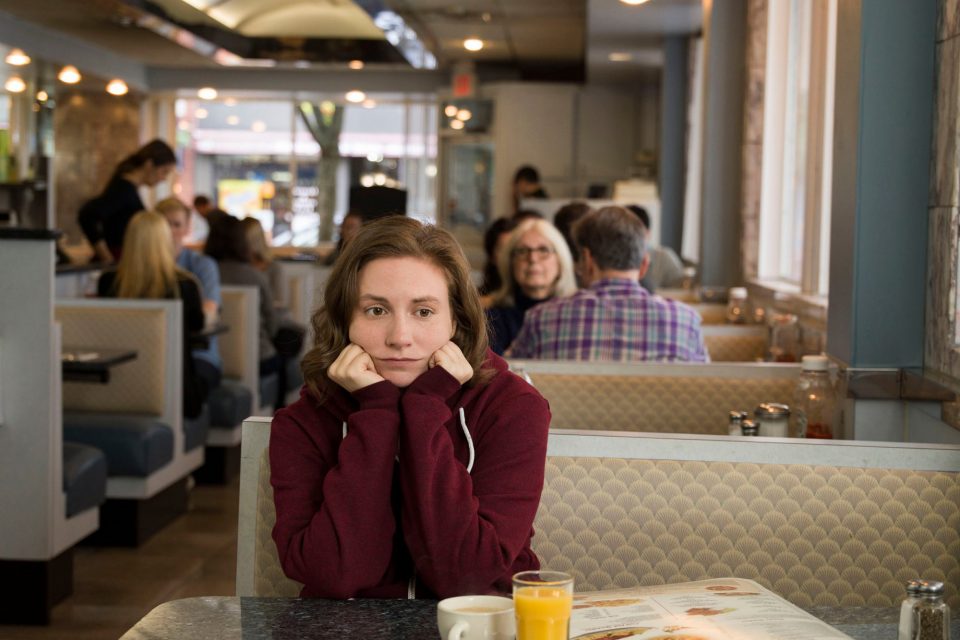