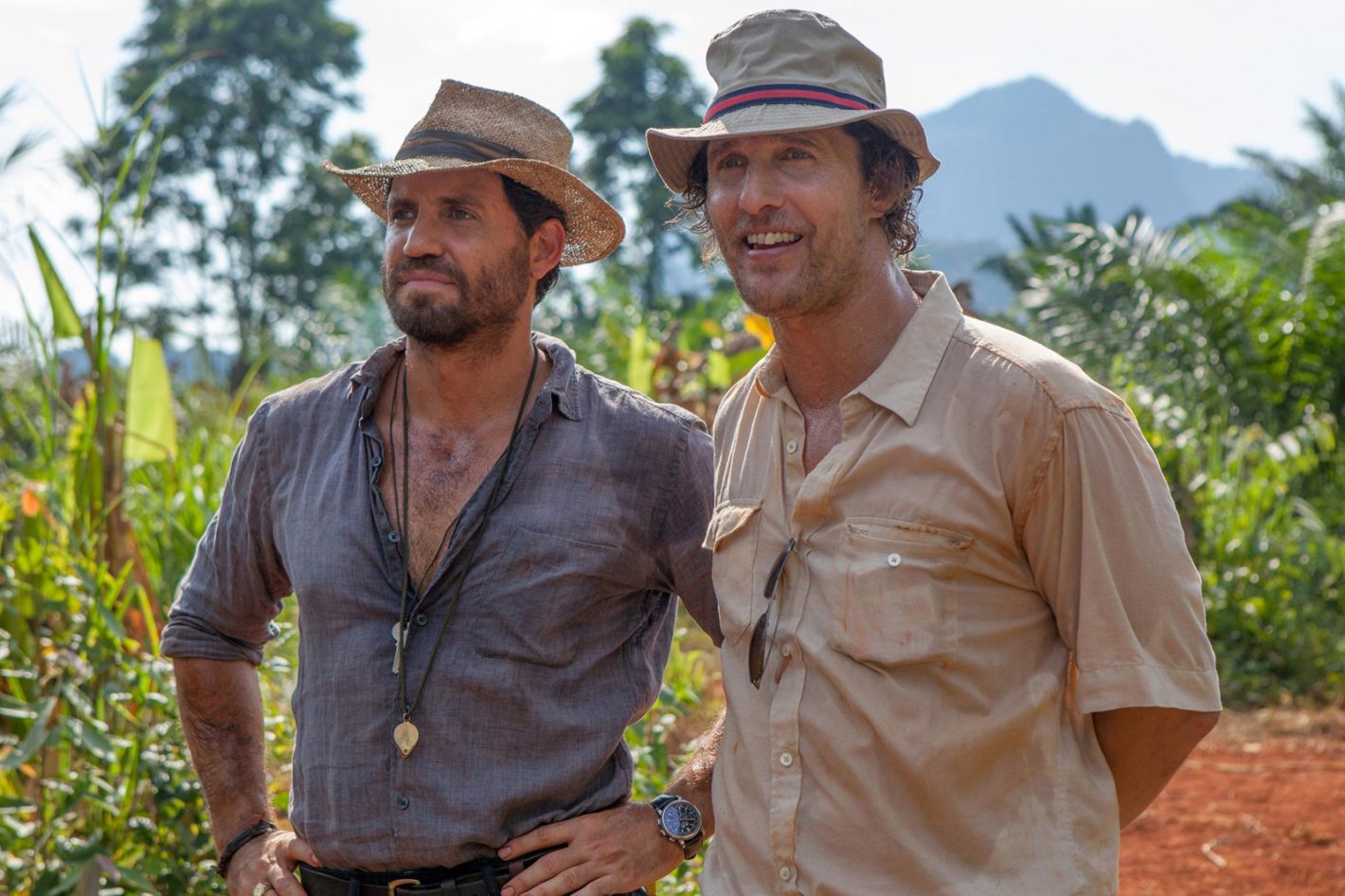 After watching the trailer for Gold, I couldn’t wait to get to the theater. Matthew McConaughey and Edgar Ramirez seemed to have palpable on-screen chemistry, the film was directed by Stephen Gaghan (Traffic and Syriana) and written by John Zinman and Patrick Massett (known for their incredible work on Friday Night Lights)—what could go wrong?

But I couldn’t find anyone to go with me. All of my regular movie partners inexplicably said it looked terrible. “It has a lower Rotten Tomatoes score than Donald Trump’s approval rating,” one friend told me. It’s hilarious that we as a society are literally working Trump into every conversation (and I guess I’m perpetuating it now), but I knew exactly what that meant: I shouldn’t be expecting much. Low ratings. Sad.

Still I decided to Make the Movie going Experience Great (Again?) and go it alone to a film appropriately named after our new president’s favorite color. I looked around at the four other people in the theater (though it looked like a million-and-a-half people) and sat down for the ride.

The film follows slimeball conman Kenny Wells (a very bald and pudgy Matthew McConaughey, who wears a distractingly awful set of teeth) as he swindles his way into millions—or maybe billions—and then loses it all. Or does he? 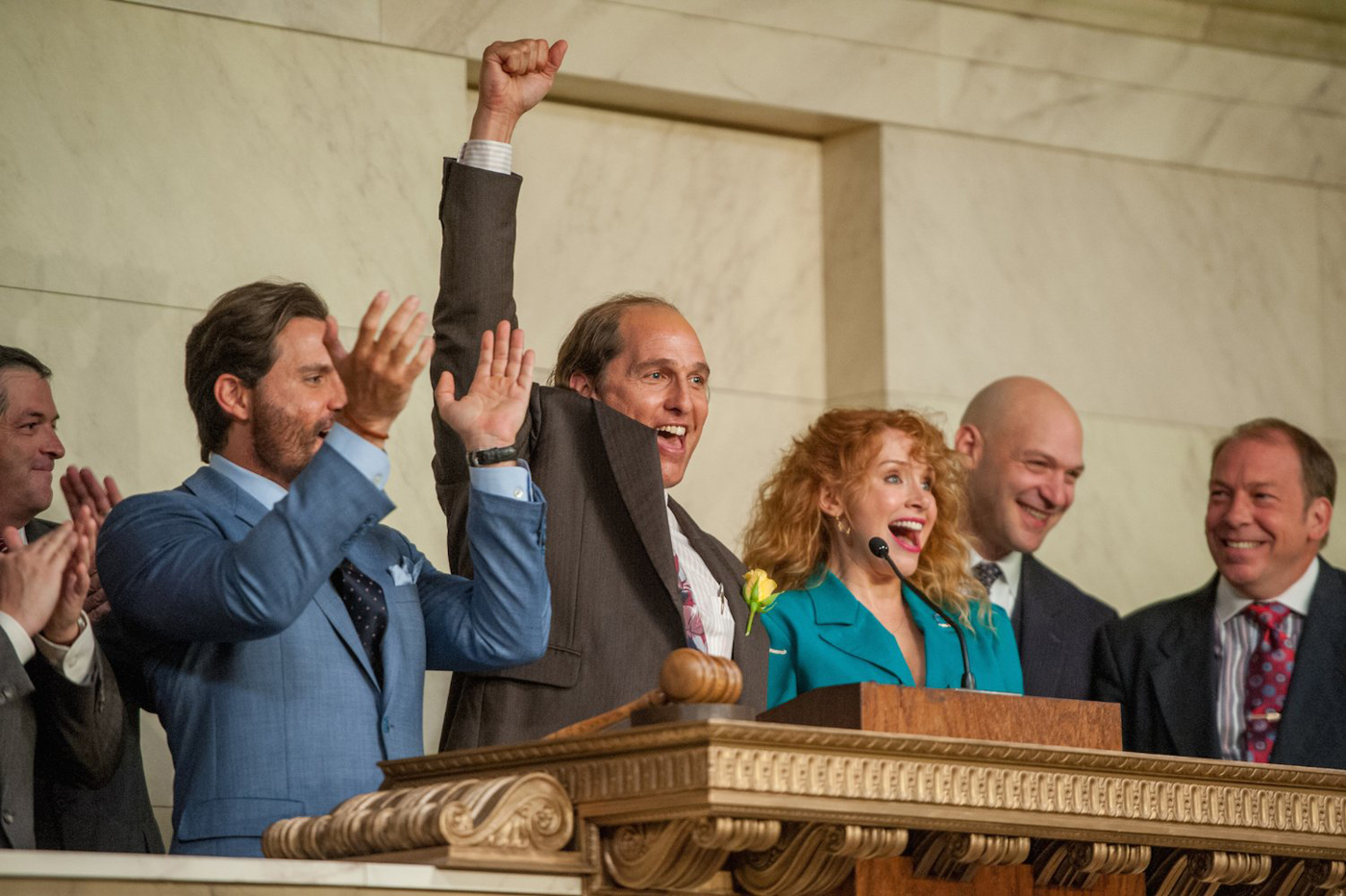 The problem with this film is that the script angles McConaughey into the kind of character no one would ever want to see succeed, and kudos to McConaughey, because his character is absolutely deplorable. So vile, in fact, that when he tastes success, it kind of feels nauseating (as a sidenote, and referencing the above, maybe this was the wrong time to make such a film—just sayin’). He cheats on his girlfriend, pawns her jewelry, swindles his business partners, lies to investors and spends an overwhelming portion of the film drunk (ahem, not that there’s anything wrong with that). The real bummer comes at the midpoint reversal, when Wells loses everything. We’re supposed to feel awful for him, and it’s just plain hard to do. What’s worse is the dizzying number of times McConaughey’s character goes from rags to riches.

After inheriting his father’s mining company, Wells squanders it, until a dream leads him to a prospect in Indonesia led by geologist friend Michael Acosta. While there, he’s worse off than when he started. Out of money, sick and low on hope, Acosta wakes Wells out of his malarial haze to announce that they’ve found gold. Not just some gold, but a lot of gold.

Acosta stays behind in Indonesia while Wells heads back to the States to take meetings on Wall Street. What follows is a second act that’s almost entirely a montage of money and bad behavior. As the money is pouring in, the film doesn’t orient itself well enough to make any of this more than just watchable. Is it a cautionary tale? Satire? A character piece? An allegory for the Trump phenomenon? Apart from being beautifully shot and incredibly well-acted, this film doesn’t do enough in the first half, so when the midpoint reversal comes, casting doubt over all of the glory, we feel less like our hero was robbed and more like a wrong was righted. This complicates the second half of the film, which follows Wells and Acosta as they struggle to get back what was never really theirs.

The film does end with a wild twist that’s actually a satisfying payoff of something that was planted much earlier, but by that time the murkiness and moral ambiguity of the rest of the film has already unravelled it beyond repair.

In all, no one is in the mood to watch a flabby white dude with a combover as he fumbles from one tone-deaf bad decision to another. Sad.