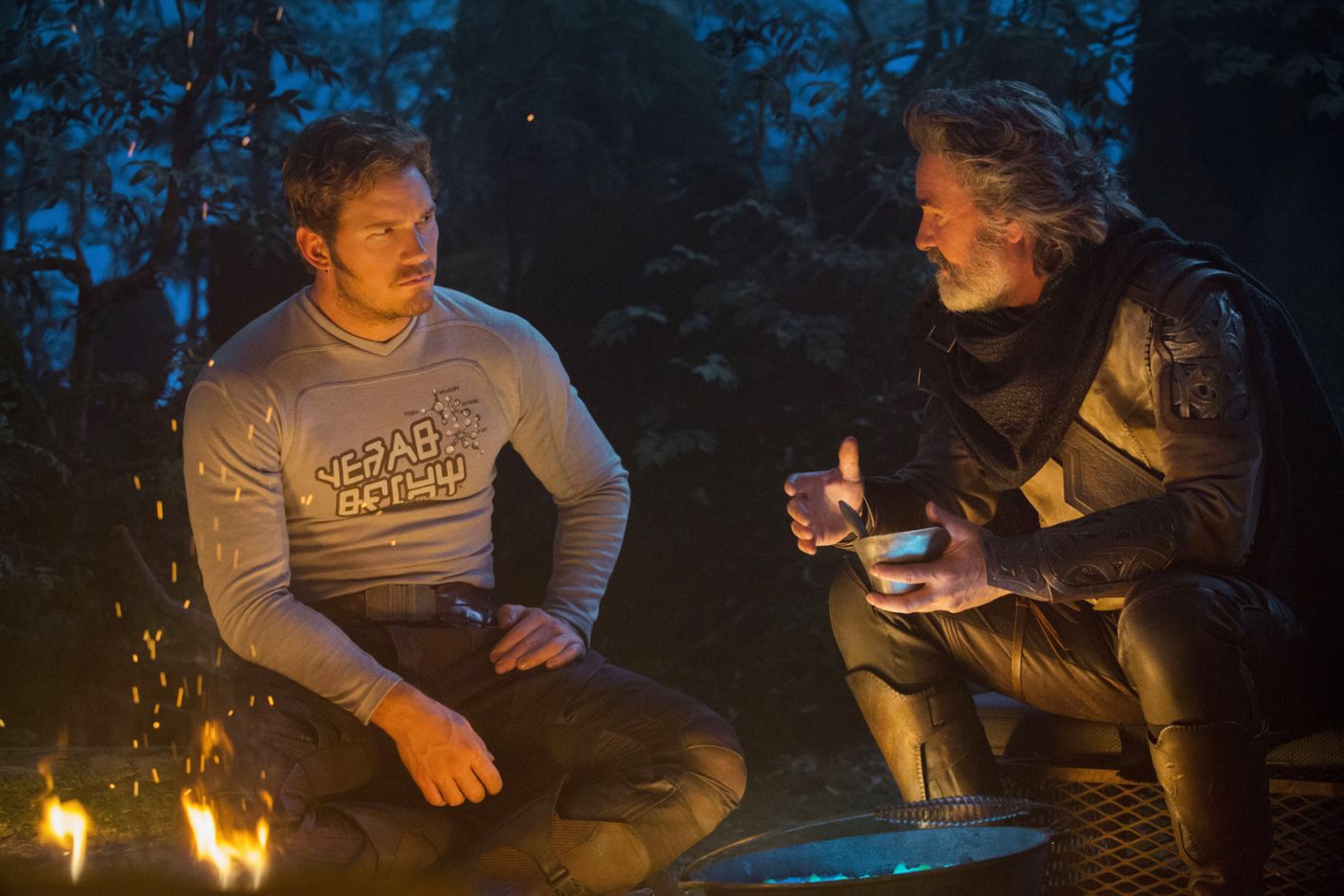 But that’s pretty much what the GOTG films are all about. Escape and fun layered on top of nostalgia. The latest installment in this saga takes the “if it ain’t broke don’t fix it” approach and gives you the same chemistry, comedy, action and craziness we were treated to in the first film. We’re greeted with the crew of misfits who have been hired to protect a valuable battery from some tentacled, fanged Lovecraftian beast, which director James Gunn cleverly pulls away from to show you Baby Groot (“played” by Vin Diesel) dancing around the chaos to ELO’s “Mr. Blue Sky.” It’s one of the most charming things I’ve ever seen, and the guy next to me in the theater almost hugged me as we laughed at our mutual admiration of the off-the-charts cuteness. 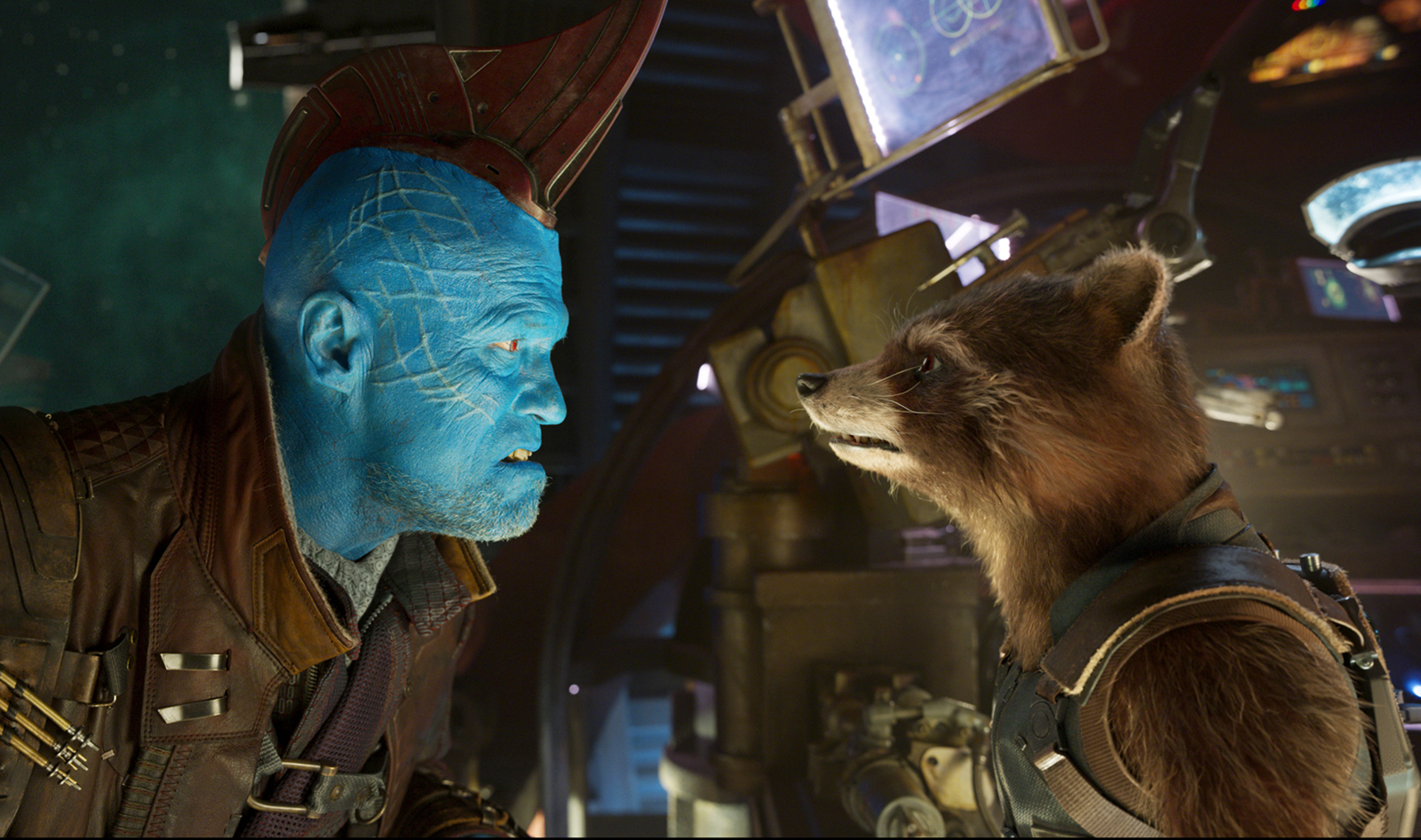 The Guardians end up getting in a jam that results in space dogfights, asteroid dodging, and enough bombs, lasers and explosions to satisfy the most hardcore sci-fi action fans. The 3D is better than most of the film’s contemporaries and has a clarity and depth that doesn’t seem like some slapped on afterthought. But the real magic happens when Kurt Russell shows up as Ego, and reveals that he father of Peter Quill/Star-Lord (played again by still cool-without-trying Chris Pratt). Russell is charming as fuck in this well-deserved, prominent big-movie role. Of course, things aren’t what they seem, and Ego is an unlikely catalyst for the movie’s main story conflict.

Sylvester Stallone has a few minutes of screen time as a leader of another band of space pirates (The Reavers), but unfortunately shares none of them with Russell, preventing a long-overdue Tango and Cash reunion. 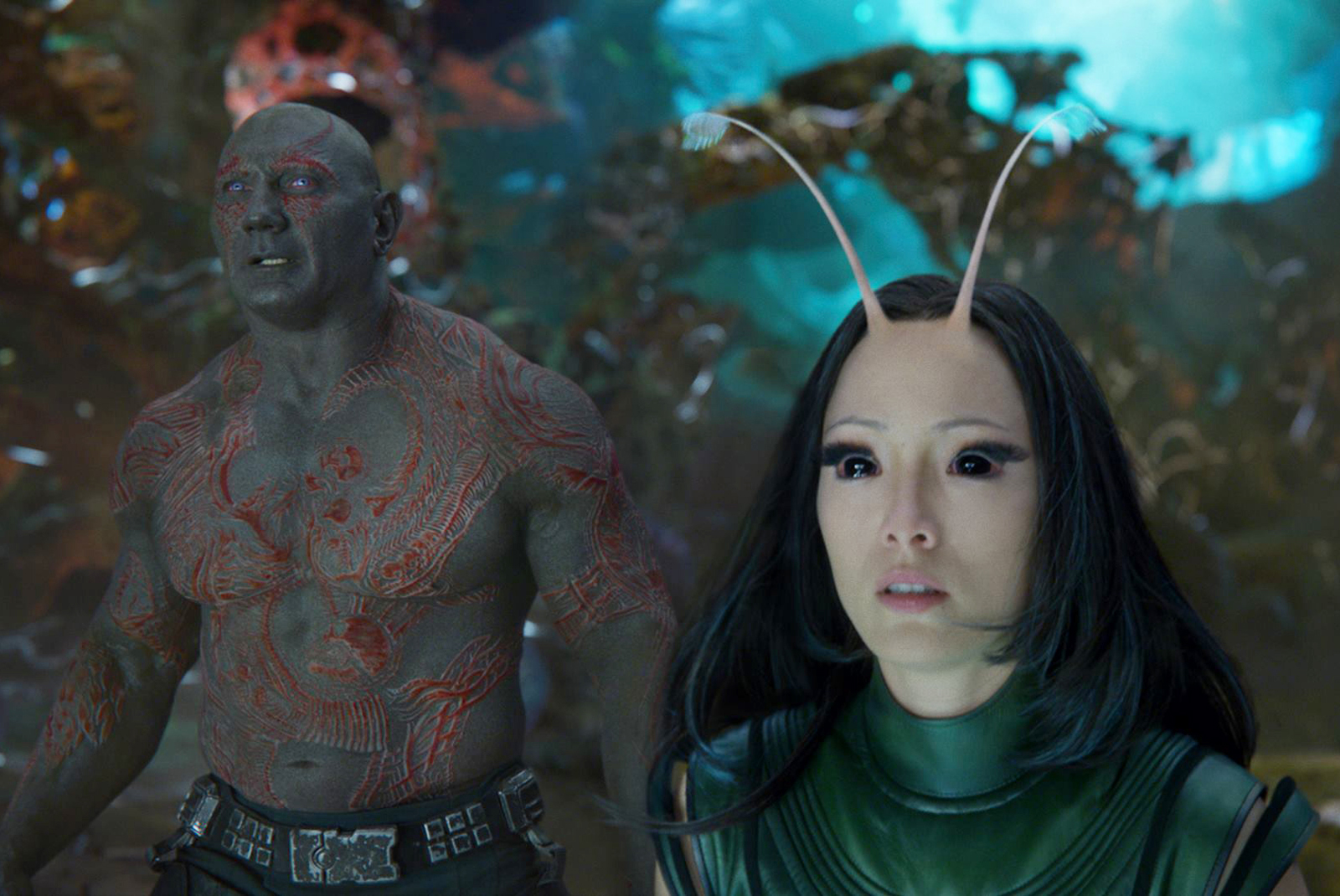 Pom Klementieff is a welcome addition to the cast as Mantis, a naive empath who can touch the other characters and both reveal their feelings and change their moods. Contrary to how annoying real life people who claim to be empaths are, she’s actually extremely fun and interesting. The chemistry she has with the blunt, tell-it-like-it-is Drax (again played by Dave Bautista) is hilarious throughout.

But it’s veteran character actor Michael Rooker, who plays the blue-skinned Yondu, who is really given more room to shine in this installment. His screen time is far more substantial than in the first film, and his relationship with Quill is a nice contrast against Russell’s role as the father who’s trying to make up for lost time.

At the end of the last film, the tree creature Groot was reborn as a house plant-sized baby, and he steals every scene he’s in. Diesel gives him a great mixture of adorability and toughness that doesn’t get old at all. His vocabulary is still limited to the phrase, “I am Groot!” But it’s all we need. 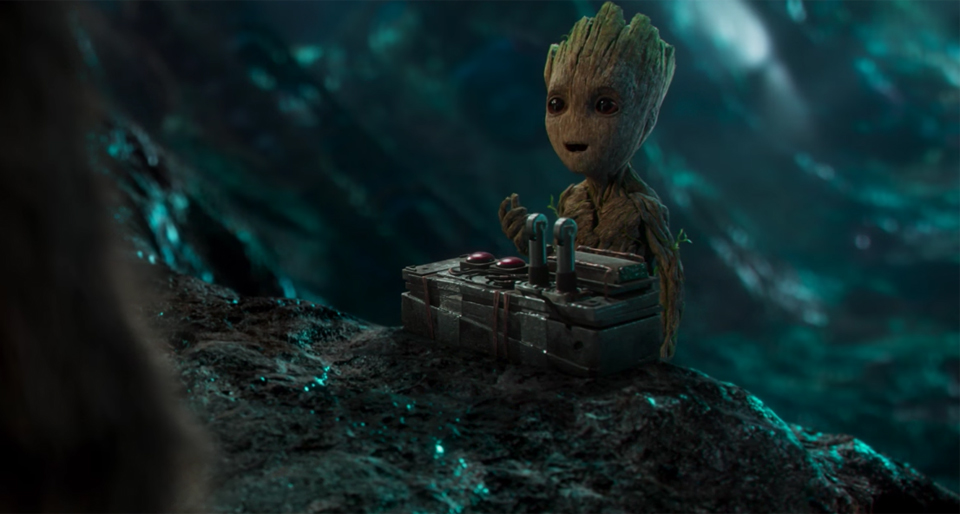 The movie is not without imperfections. The middle act seems to drag a bit, but the great performances and humor from the cast don’t make it too much to bear. Also the evolving set piece for the final battle is so ungrounded in reality that it’s kind of hard to figure out what’s really going on half the time.

That being said, GOTG vol. 2 is a fine sequel that complements the first film nicely, and thankfully doesn’t serve as an extended prequel to the next Avengers movie. It’s also an incredibly beautiful movie to look at. The colors, creatures, ships, planets, aliens, bubbles, interiors, mushrooms and plants create a gorgeously rendered world, the likes of which haven’t been seen since Avatar was released. You’ll definitely want to see this one in 3D if you can handle it.

Also, there are five extra scenes during the closing credits that are completely worth staying for, including one with Marvel writer/creator and legend Stan Lee that manages to tie together the entirety of his film cameo appearances that comic book geeks will be blown away by.