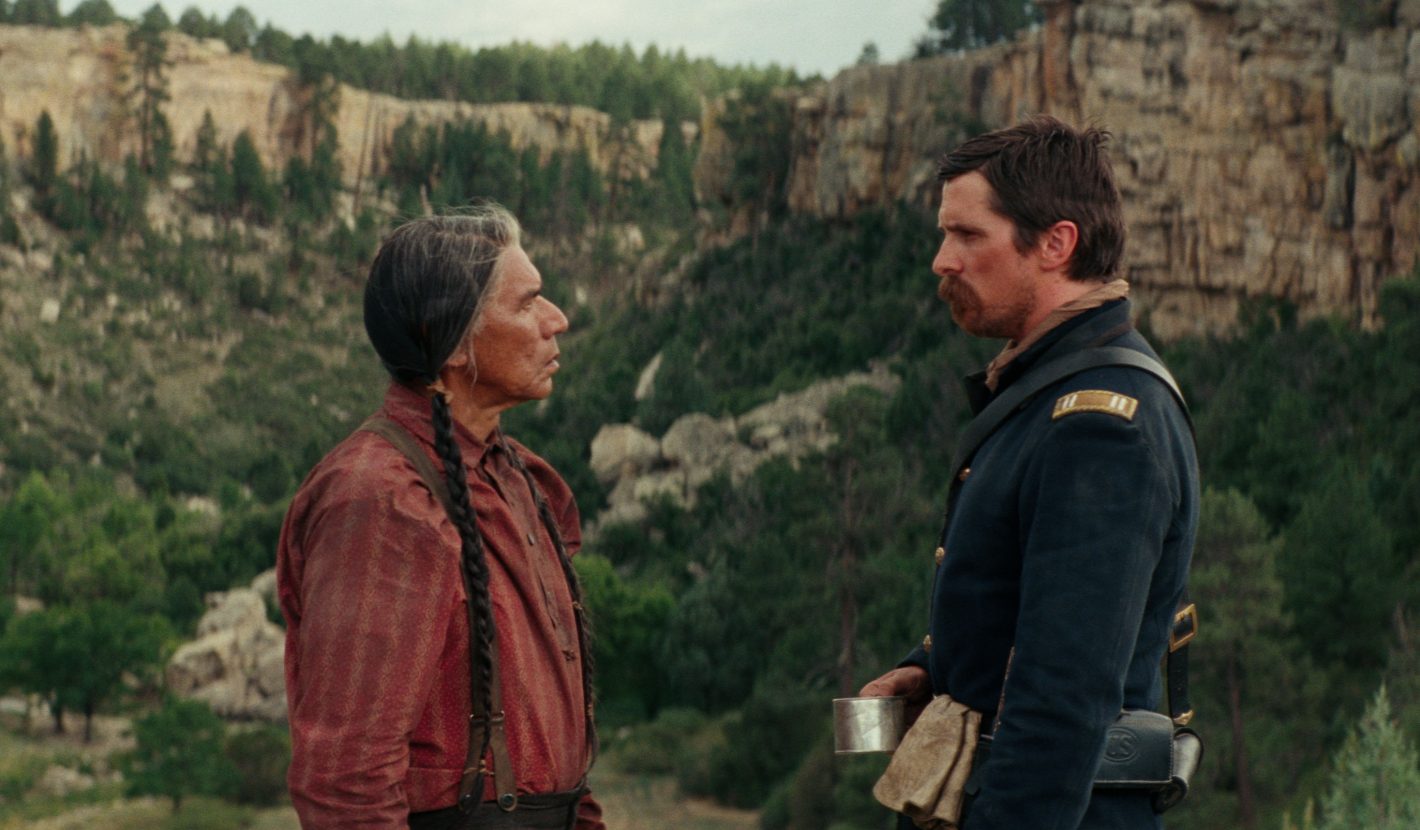 Hostiles is such a complicated film, though I guess I should have expected as much from anything starring Christian Bale and directed by Scott Cooper (Black Mass). You can imagine how exciting something like this would sound in a pitch meeting, too: A Western—which is the hallmark of American grit and one-sided, hard-talk bad-assery—that centers on something as tender and intellectually important as overcoming bigotry through brutal adversity. Putting sworn enemies together and forcing them into a common goal makes for the most engaging kind of conflict, and there are moments in Hostiles that fulfill that promise, but there are other parts that are clunky and heavy-handed to the point of being hard to follow.

Interestingly, the film positions itself in a way that complicates the moral binaries of traditional Westerns. There are no “good guys” and “bad guys” in Cooper’s film, which makes for a nuanced and more historically accurate view of a savage and barbarous time in American history. As a result, both the nuance and savagery are left to unfold in interesting ways. Where the politics of the film fall short are in not humanizing these archetypes and exploring the subtleties of the dynamics a little more.

Hostiles follows U.S. Army Captain Joseph J. Blocker (Bale), who has a reputation for being a ferocious killer of Native People, as he is forced to escort his dying enemy, Cheyenne chief Yellow Hawk (played by Wes Studi) from New Mexico to Montana Territory, so that he can die on tribal lands. Blocker hates the task, and loathes the Cheyenne chief so much that he contemplates suicide to keep Yellow Hawk from a noble burial. Overcome with a sense of duty that only a 19th century U.S. Army Captain can understand, he relents and forms a small band of fellow deplorables—including Timothée Chalamet as Private Philippe DeJardin and Jesse Plemons as Lieutenant Rudy Kidder—to escort Yellow Hawk and his family home to die.

Structurally, this is—if you squint—a Western that gets off of the hook of tired “cowboy and indian” stories by complicating the genre and masquerading as a road movie. As such, it leaps out of the frying pan and into the fire by tripping over all of the worn out road movie tropes. But it’s in exploring the biggest road movie trope of all (meeting the curious stranger who needs help) that this film starts functioning on a deeper emotional level, as the procession comes across Rosalie Quaid (played by Rosamund Pike), a widow who has just seen her husband and three children slaughtered by Comanches. Broken and suicidal, Rosalie is the emotional heart of the film and the barometer for change. And here’s where the politics of the film get a little murky.

While the plausibility of seeing your family murdered in front of you making you skeptical of the people who share a complexion with the assailants plays well on the screen, it ends up reducing the native characters to either murderous savages (the Comanche) or sentimental philosophers (Yellow Hawk and the Cheyenne), and the truth is that for a film hell-bent on breaking down the genre, it’s hugely irresponsible to mishandle one of the biggest misgivings in the Western genre. And while we get to watch Rosalie change, in moments that are both compelling and emotional, that change doesn’t come from a nuanced understanding of Native People, or a sense of compassion that is sprung from witnessing the treatment of Native People, but rather from a logistical change, the catalyst of which is mostly grounded in the fact that they share a common enemy in the Comanche. Roll your eyes with me.

While the film really does good work in depicting the complicated relationships on the frontier in the 19th century, it leaves a lot to be desired in terms of exploring or scrutinizing these characters. At some point in the development, Hostiles—which is based on a story by Donald E. Stewart—was being considered as a True Detective-like anthology drama, which would have given it the time and space to delve deep into these captivating characters and relationships. One hundred thirty-three minutes isn’t enough time to do that, and the result is a film that, for all its elaborate bombast, interesting characters, wonderful cinematography and delightful acting performances, tries hard, but falls a little flat.