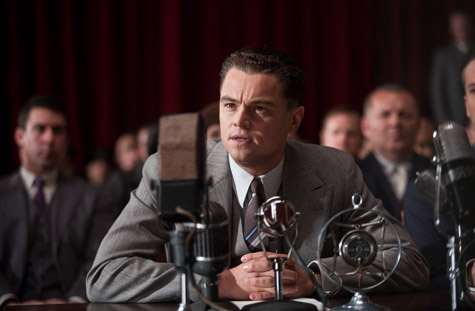 J. Edgar Hoover is a titan of America’s recent past. For decades, under eight presidents, he was head of the FBI and stood watch over the country through some of its most trying times. For that alone, Hoover’s story is perfect fodder for the big screen, but when you add his personal life to the mix–one full of immense personal struggle and hypocrisy–then you wonder why someone really hasn’t done this before. Hoover’s triumph and tragedy is closely tied to America’s own, and this is given its due in a new film from director Clint Eastwood.

J. Edgar comes to us from the unlikely team of Eastwood–former Republican governor of Carmel-by-the-Sea, Calif., and forever entrenched as Dirty Harry in our film lexicon–and Sacramento native screenwriter Dustin Lance Black, who won a best screenplay Oscar for Milk, the story of Harvey Milk, the first openly gay man to win an election for public office in California. In J. Edgar, we find a central character who is far less open about his sexuality than Milk. Instead, his life is his bureau, which through sheer determination and well-placed underhandedness, he manages to elevate from bureaucratic afterthought to the top law enforcing institution in the country.

The story of the film happens in two times. We see the title figure (Leonardo DiCaprio) toward the end of his life–as President John F. Kennedy’s assassination makes way for Lyndon B. Johnson and eventually Richard Nixon. He is relating his memoir to a new crop of agent. As he does so, the film flashes back to a young man eager to make an impression and serve his country. It’s the Roaring ‘20s and the nation struggles with the fear of a communist invasion. By 1924, Hoover’s work combating the “red threat” gets him appointed department head of the then Bureau of Investigation by the attorney general. It’s at that point the agency starts to morph into the entity we know it as today.

Through cunning and hard work, Hoover propels himself and his fledgling FBI into the limelight. Not only does it become a force for law enforcement, but it also captures the public’s imagination. One of the nice quirks of J. Edgar is that the film shows the impact the FBI had on popular culture. It shows film heroes segueing from gangsters to those who catch them, that FBI agents showed up as icons on cereal boxes, inspired toys and how the agency propelled its leader into almost celebrity status, sharing tables at clubs with the starlets of the day.

Behind the scenes, though, Hoover’s life isn’t as easily definable. His overbearing mother, played by Dame Judi Dench, is perhaps the engine behind J. Edgar’s perpetual drive. He’d do anything to please her, even deny his own nature. As far as his personal life goes, Hoover shows very little interest in women, or anyone else who isn’t of concern to the bureau, for that matter. As the film opens, he does try to court Helen Gandy (played by Naomi Watts), but even though that goes nowhere, he still hires her on as his personal secretary (a position she carries throughout the rest of Hoover’s life, according to the film). But it’s not until he meets Clyde Tolson (Armie Hammer) that something stirs in him. Hoover eventually hires Tolson, though he doesn’t seem to meet his agency’s stringent qualifications, and the two strike up a long but chaste companionship that lasts the rest of Hoover’s life. In fact, in real life, Tolson was the benefactor of Hoover’s estate.

It’s the relationship between Tolson and Hoover that’s the heart of the film. Presidents change, the country ebbs and flows in and out of chaos, but through it all, the two men are at each other’s side, though Hoover is portrayed as less willing to express his feelings than Tolson. It’s an interesting choice, considering Hoover’s sexuality has never been proven one way or the other, though rumors and stories persist on both sides. Nevertheless, it makes an already compelling tale even more so. As one of the most powerful men in the country, Hoover kept many secrets (and he wasn’t afraid to use them to his own benefit), including one of his own.

As the film goes, J. Edgar moves at a ponderous pace, switching back and forth from the past to present with clunky transitions. However, a strong cast giving powerful performances is enough to hold it together. J. Edgar is an excellent biopic insofar that it shows the man for all his supposed triumphs and foibles, and in so doing portrays those of a country as well.