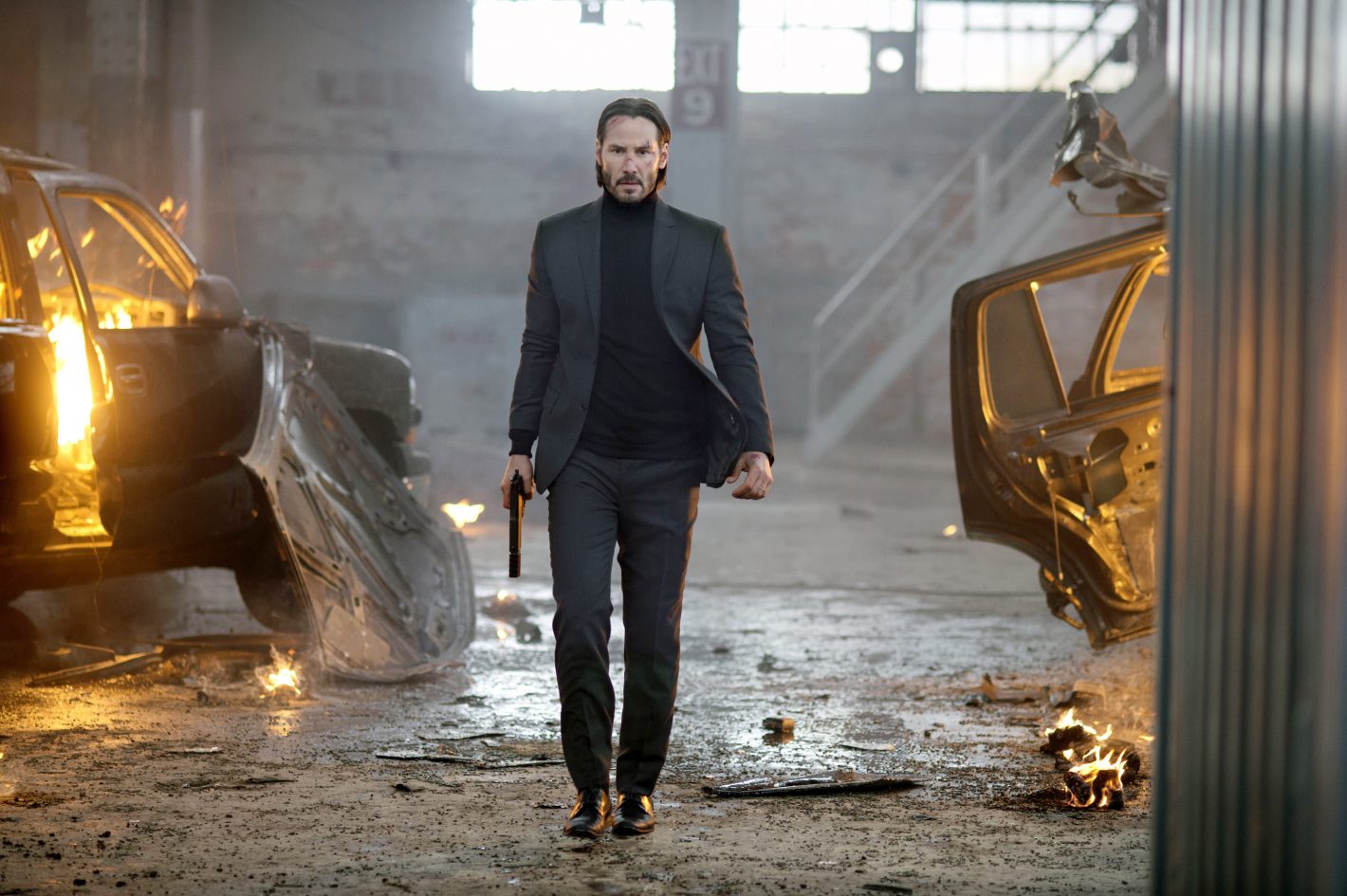 John Wick: Chapter 2 is one of the most amazingly violent and gorgeous movies I’ve ever seen. Returning as the title character, Keanu Reeves is a one man tidal wave of death that racks up a body count so high, they may as well have called this film GOP Obamacare Replacement.

If you missed the first chapter, don’t worry. John Wick comes out of super-assassin retirement to take out anybody that had anything to do with killing his dog and stealing his car, and this installment picks up right where that one left off. Wick takes out a Bernie Sanders rally-sized bunch of people with his car, fists, guns and just about anything he can find along the way. As you’d imagine, it’s not easy to be the deadliest killer in the world and stay retired. They pull him back in, and after a couple of hours, they wish they hadn’t.

Wick has to go to Rome for “one last job” that presents some moral dilemmas that your typical movie heroes aren’t burdened with. In fact, with the weapons, gizmos, exotic villains and artistic set pieces, this plays nicely as an anti-James Bond film. And it’s not just mayhem for mayhem’s sake, there’s an extremely well conceived set of rules, culture and backstory for all of these folks that make everything pretty exciting to watch.

Director Chad Stahelski has done stunt work and direction for more than 70 movies and has even served as Reeves’ double in many films including The Matrix. Improbably, they’ve managed to create a masterpiece out of the kind of disposable flick that found itself going straight to VHS in the ‘80s, emerging as something beautiful, original and thrilling from beginning to end.

The fight scenes? Amazingly, at 52, Keanu Reeves can still jump, punch, kick, stab, twist, shoot and maim with the best of them. There’s a couple sequences with hip-hop artist-turned-actor Common that are ridiculously fun to watch. They tumble down stairs, break dance while dodging a hail of bullets as they wrestle each other, all while looking as if they’re really doing this stuff. This isn’t the hyper-stylized violence you saw in 300. Every blow seems to be delivered in real life while the camera people watch in awe.

They call Reeves’ character “The Boogeyman” in this movie, and rightfully so. Anyone that crosses him is most certainly going to end up dead. But he’s mortal enough to look like he was thrown into a garbage disposal full of glass by the end of the movie. Ian McShane returns as Winston, who runs a sanctuary hotel where “business” is not permitted. It’s one of his best parts since his amazing Al Swearengen role in HBO’s Deadwood. There’s also a super fun cameo from an actor whose identity is better left unspoiled.

Ruby Rose, who played Stella Carlin on Orange Is the New Black, does a great job as Ares, a silent assassin who speaks in sign language. Of course, Wick is fluent in it as well, so there’s some pretty cool tough talk between the two before they kick each other’s ass.

I really dug an outdoor concert scene featuring singer Ciscandra Nostalghia who reminds me of some new version of Siouxsie Sioux. There’s a moment when a gunfight spills to the stage, and the crowd just thinks it’s part of the show.

There’s a sequence near the end involving a house of mirrors, that seems like it may be derivative of every house of mirrors piece you’ve already seen, but it ends up being a gorgeous affair that looks every bit as amazing as the CGI work done in Inception, but with real mirrored walls, stairs, and angles that are really a triumph of art direction.

Stahelski deserves credit for directing this violent spectacle with such a great eye for beauty. From the opening moments of the film where the camera hangs above a city at night with enough clarity to see a car chasing a motorcycle, to a piece in an all-white subway tunnel where two characters trade shots with silenced pistols among an otherwise oblivious crowd of commuters, John Wick: Chapter 2 really is a triumph that ranks among the best action movies ever made.