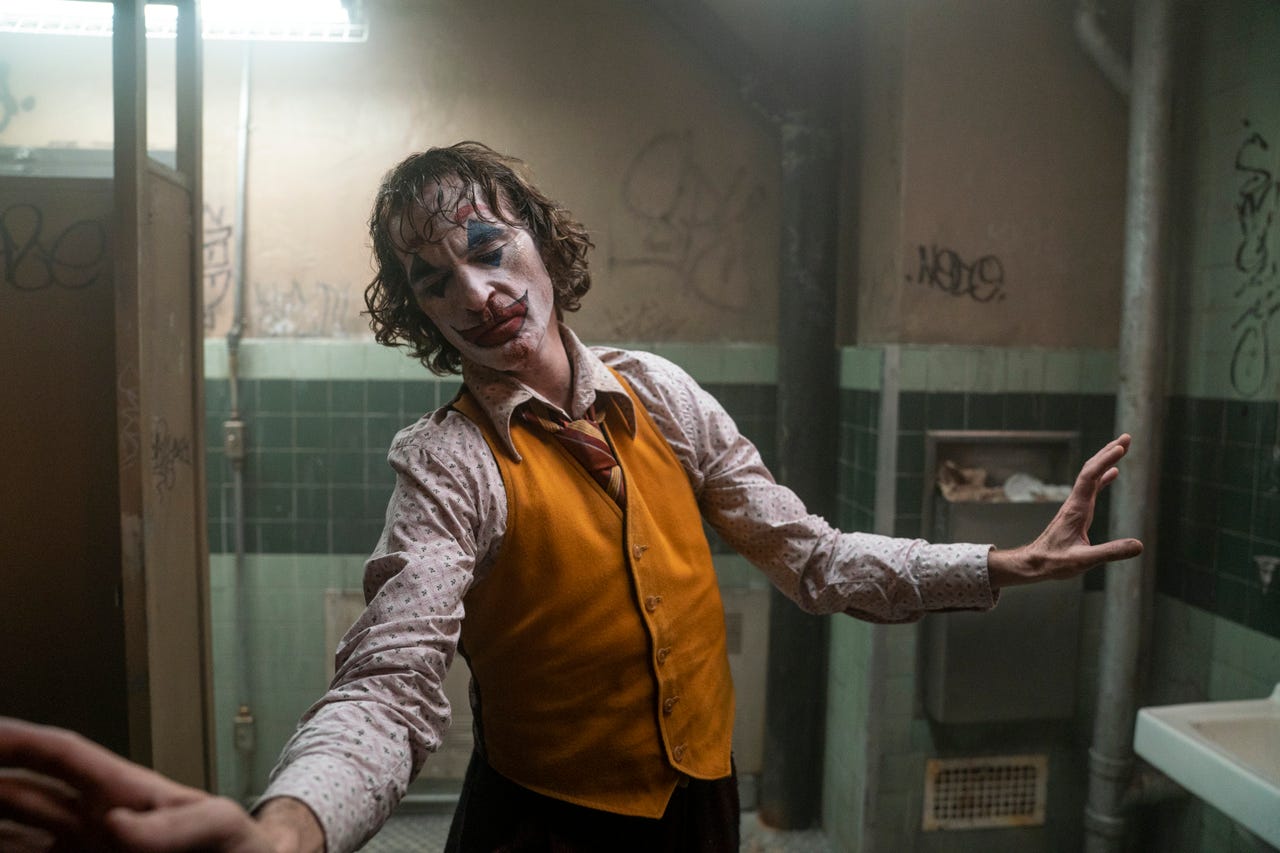 The Joker is one of those roles where it’s hard to overdo it. A criminally insane, laughing maniac character is built for over-acting. Cesar Romero has the benefit of being the first actor to portray him in the 1966 TV show, and brought him to life as an over-the-top giggling clown who never got more sinister than stealing a giant bag of money with a dollar sign painted on it.

Three decades later, Jack Nicholson portrayed him in Tim Burton’s first Batman film, and for as fun and memorable as it was, his take on the character was essentially Jack Nicholson in makeup. Mark Hamill provided the voice of The Joker in numerous animated and video game projects and is largely considered one of the best to play the role. My favorite remains Heath Ledger’s take on Joker in The Dark Knight, however. Exuding evil charisma, Ledger eats up every scene he’s in, and could have got away with killing Batman and I would have been OK with it.

So Joaquin Phoenix had his work cut out for him to do something new with a character that’s already so ingrained in our minds. As Joker provides a glimpse into the “human” side of the character in his formative stage, it allows Phoenix to do some amazing things with it. 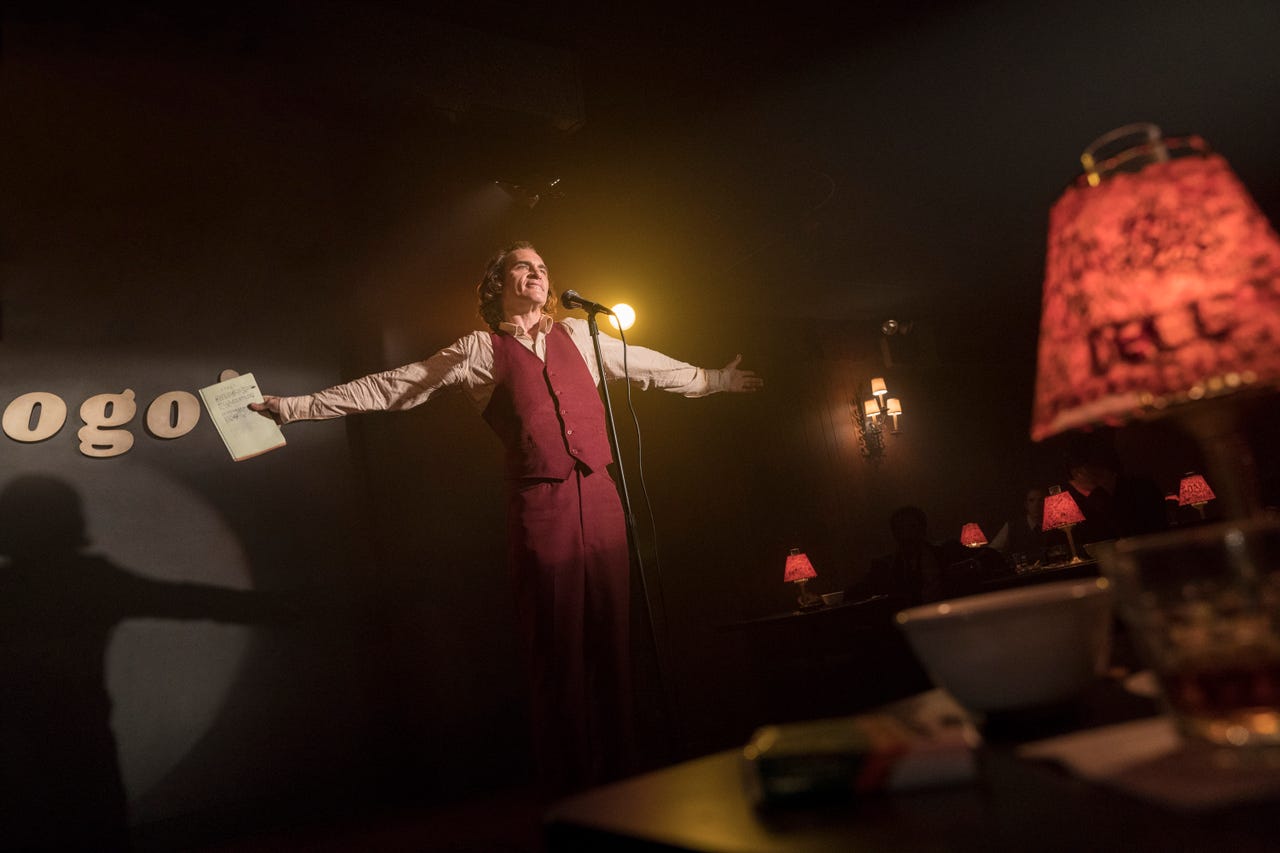 Joker isn’t a comic book movie in any traditional sense. You really don’t even have to know anything about his character, or Batman for that matter, to enjoy this movie. For all intents and purposes, the film is essentially Taxi Driver or The King of Comedy starring The Joker. This movie isn’t just influenced by those Martin Scorsese classics; it’s proudly recasting The Joker as the lead character, even to the degree of taking The King of Comedy star Robert DeNiro and switching him to the role of the talk show host obsession target.

Phoenix will certainly get an Oscar nomination for this one. His dramatic weight loss (which is on display in several bizarre underwear dancing scenes) along with his emotional state in the film is awe-inspiring. We are introduced to him as Arthur Fleck, a young man who works as a clown as a day job while he takes care of his sick mother and pursues his dream as a stand-up comedian at night. Like so many actual comedians, his mental illness gives him such a warped take on life that he’s not actually funny. He tells one of the darkest jokes I’ve ever heard, and that says a lot if you’ve ever seen my comedy. There’s a scene where he’s watching a comedian in a club, laughing at the wrong times and writing notes like, “Sexy jokes make people laugh” that show that he’s practically an alien visitor trying to figure out how this comedy thing even works. We learn that he has an affliction that makes him laugh at inappropriate times. I identified with him a lot, as I was often the only person laughing at his antics in the theater. 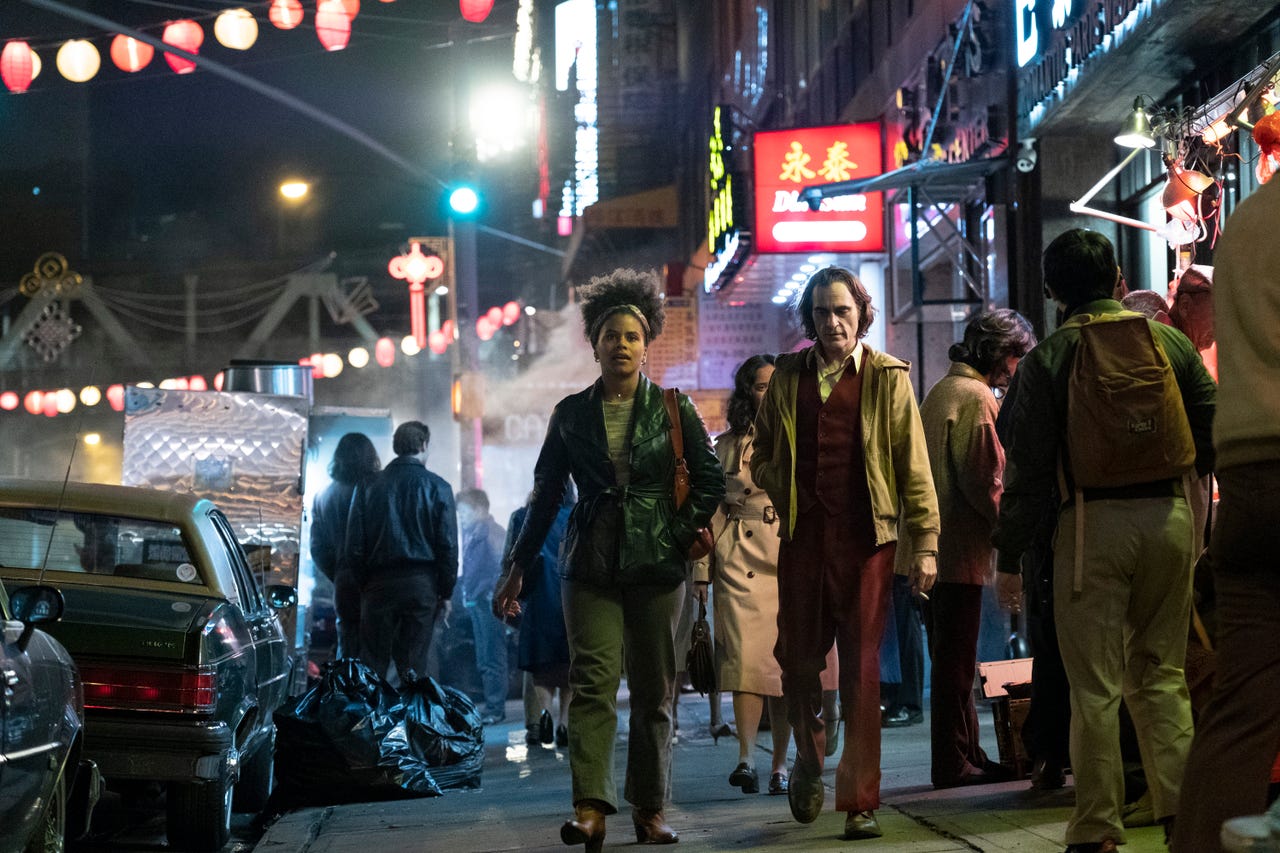 The less you know about the story, the more you’ll enjoy this film, however. His journey has surprises that will truly be spoiled if you learn too much. I’m no prude, but this movie is plenty disturbing and horrifying enough to keep the kids away from it. Hell, I’m not even sure my Downton Abbey-loving wife would make it through it. It’s really a weird fucking movie to explain. I have no idea why Todd Phillips (who’s famous for directing the three Hangover films) was chosen to lead this project, but it works. It’s almost like the type of movie that David Cronenberg would make. It’s dark, artsy, weird and not commercially appealing at all. I’m frankly surprised Warner Brothers kept their hands off it, to be honest. If not for the strength of Phoenix’s performance, I wonder if they’d have even released it. You’ll love it, or you’ll hate it, but you won’t likely forget it.

Much discussion exists on how the film might glorify violence and encourage more disturbed people to act out. Frankly, I’m more concerned that it’s just going to convince more unfunny people to give stand-up comedy a try. 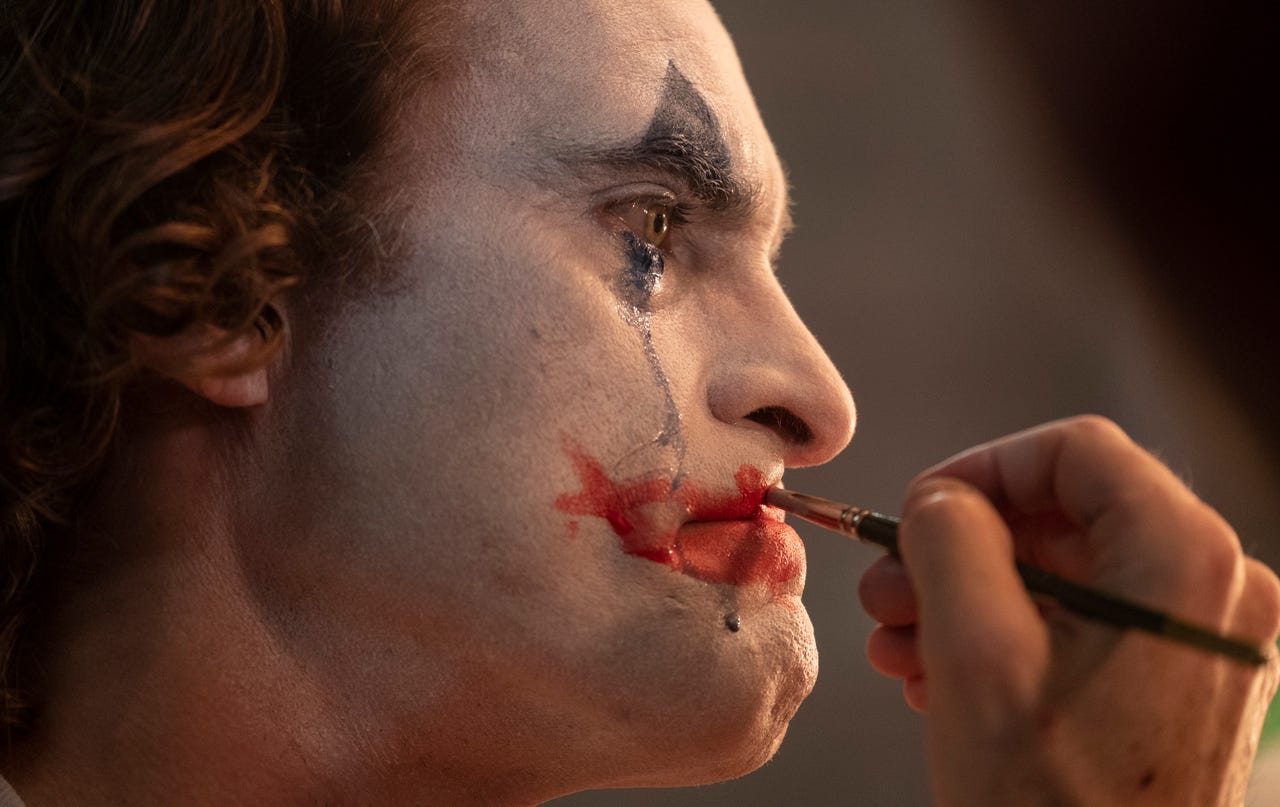