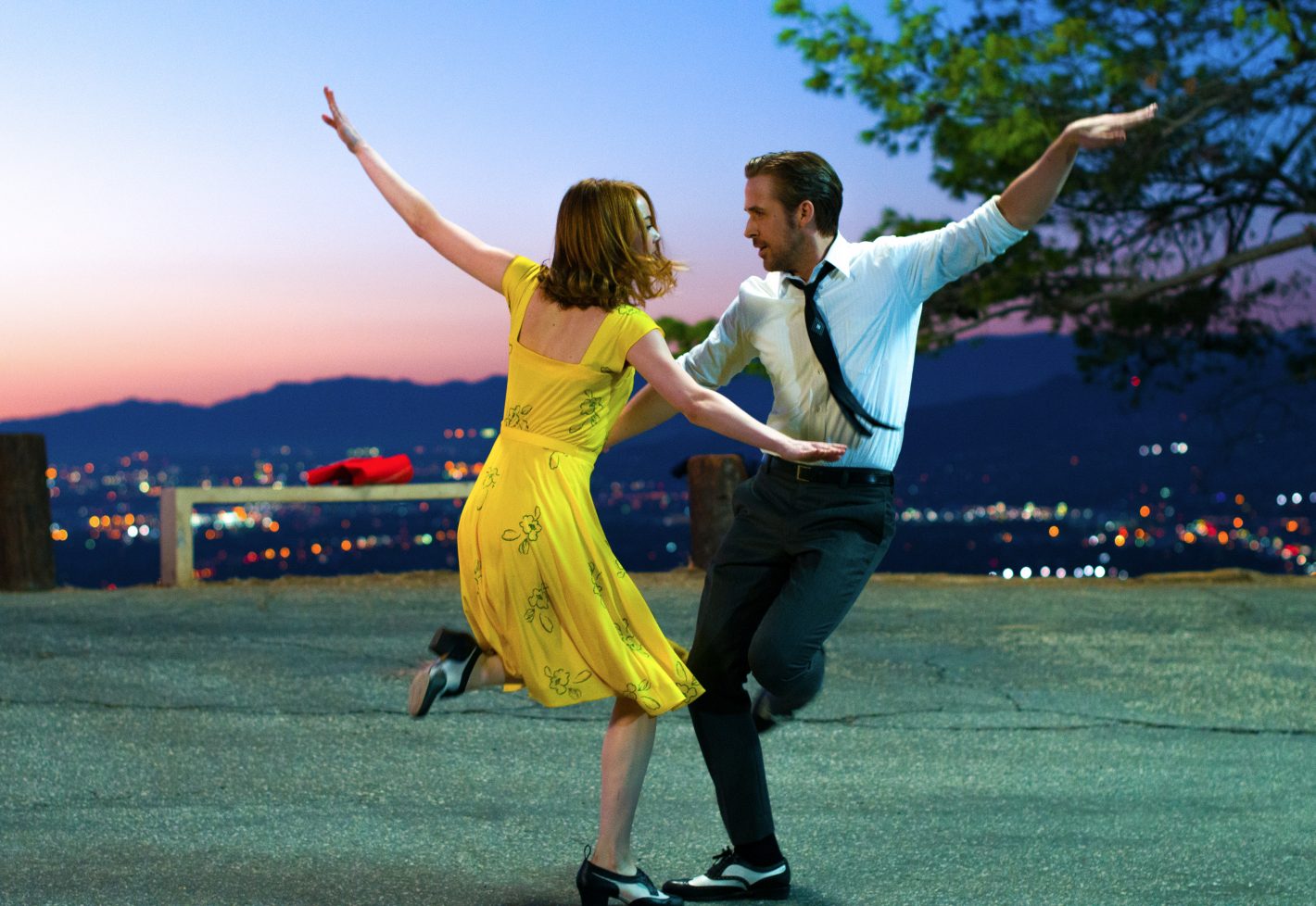 Listen, I know that for some of you this is a hard sell: Damien Chazelle’s first film since 2014’s Whiplash is a bombastic Hollywood musical starring heartthrobs Ryan Gosling and Emma Stone in a wonderfully poetic tribute to Los Angeles, the city Northern Californians love to hate (of course for others, it’s not a very hard sell at all, but this review isn’t for you).

For those of us who aren’t sold after seeing the poster, the key to unlocking the film is in the title. La La Land, while obviously referring to the city of smog and sun, is also the imaginary place where people go to lose touch with reality, which is exactly where we find our main characters, as the film itself is about two L.A. creatives who are too caught up in their dreams to know they’ve broken with reality. The title also represents the kind of distance from reality that’s required to buy into Chazelle’s polished musical, and if you can get yourself there, you’ll have a lot of fun.

The film opens with a majestic tracking shot that recalls the audacity of films like Touch of Evil or The Player. As the camera navigates L.A. traffic (which is of course at a complete standstill on the I-105/I-110 interchange, overlooking the entire city), we meet our characters amongst singing, dancing Angelenos who celebrate Southern California winter with the song “Another Day in the Sun.”

As the film settles into the first act, we follow Mia (Stone), a studio lot barista and aspiring actress, as she keeps serendipitously running into Sebastian (Gosling), a frazzled, idealistic jazz pianist with nothing in the world to show for his incredible talent.

As Sebastian courts Mia, we’re treated to scene after scene of singing and dancing—not the reason I came to see the film, but well done nonetheless. A musical theater friend (there are a lot of those in L.A.) analyzed the signing and dancing in this film as “stupid-level professional and probably rehearsed to the point of nausea.” She also noted that their transitions (which according to her are a big deal in the world of musical theater) were “absolutely flawless”—whatever. 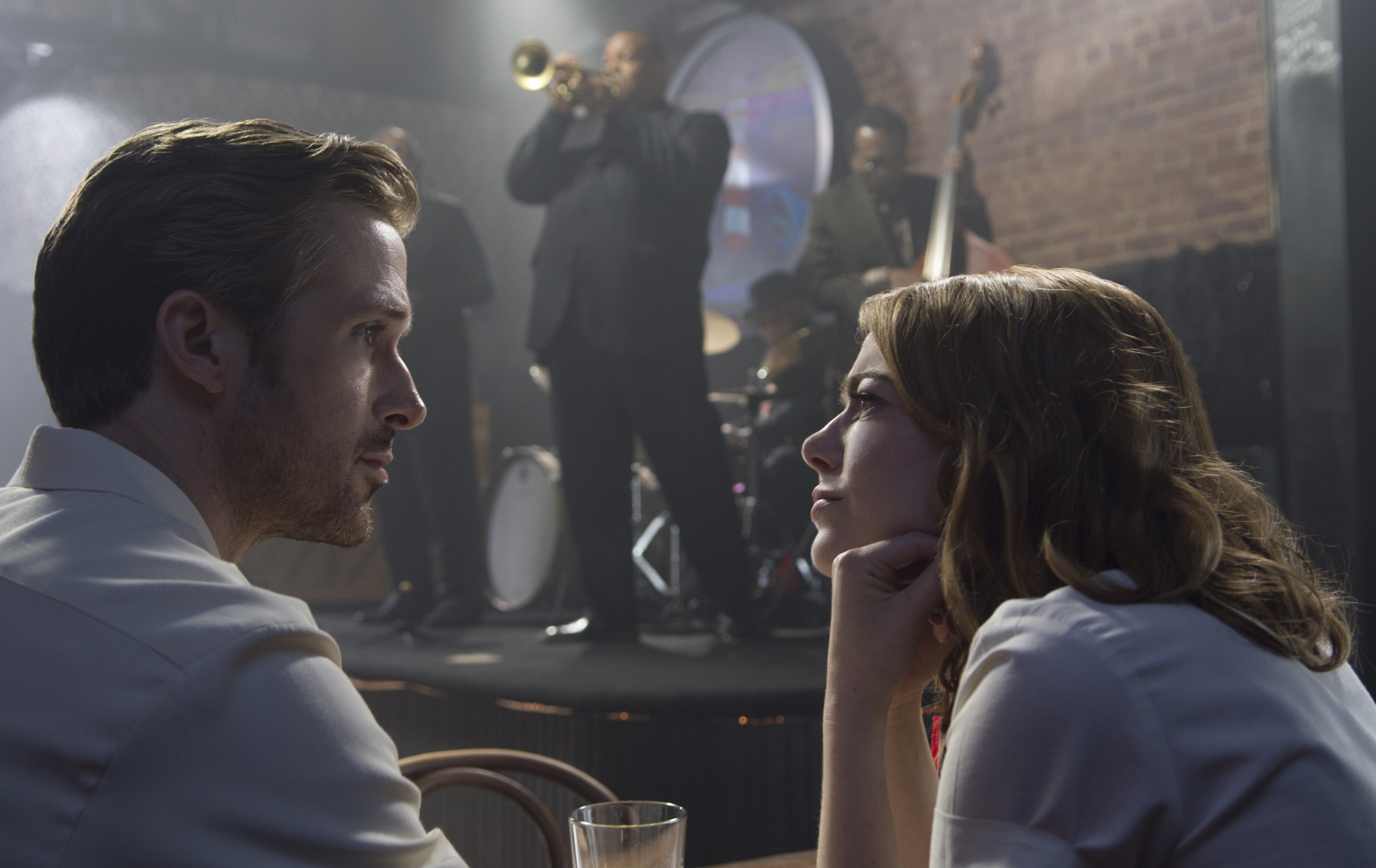 But as the second act matures, the singing and dancing numbers are fewer and fewer, and this brings me to why this film had to be a musical: as the characters lose their dreams, they fall deeper and deeper into reality, and so do we. The second half of the film is a very sober look at stale, unfulfilled dreams, and broken relationships, and it’s only in making the first half of the film a musical that a straightforward film feels like a sober look at life and a fall from the La La Land clouds.

But just as it’s starting to bum you out (no one goes to a musical to be cut open by the cold blade of reality for chrissake), the film roars back to life with a “what could have been” third act, complete with singing and dancing—and this time it’s grounded in reality.

The bottom line is that this film wants desperately to be magnificent, and does some pretty audacious things to get there but doesn’t quite make it. We lose the thread of what we thought we were keeping track of in the first two acts and we end up hoping for something else entirely as the film closes. Sometimes that works; it did in Psycho, but Damien Chazelle is no Alfred Hitchcock, and the switch here feels clumsy.

What this film lacks in a trackable main tension, it more than makes up for it with the majestically shot singing numbers, which I actually found enjoyably integrated into the story. The best scenes, though, are the ones in which we find Gosling and Stone together in a room full of tense silence. They’re good enough actors, and while the story has structural problems, the emotional scenes hold up the rest of the film.

La La Land is an imaginative, beautifully shot, warm-hearted tribute to Los Angeles and a romantic call to action. The film won’t turn your whole world upside down the way it wants to, but it beats sitting in traffic.