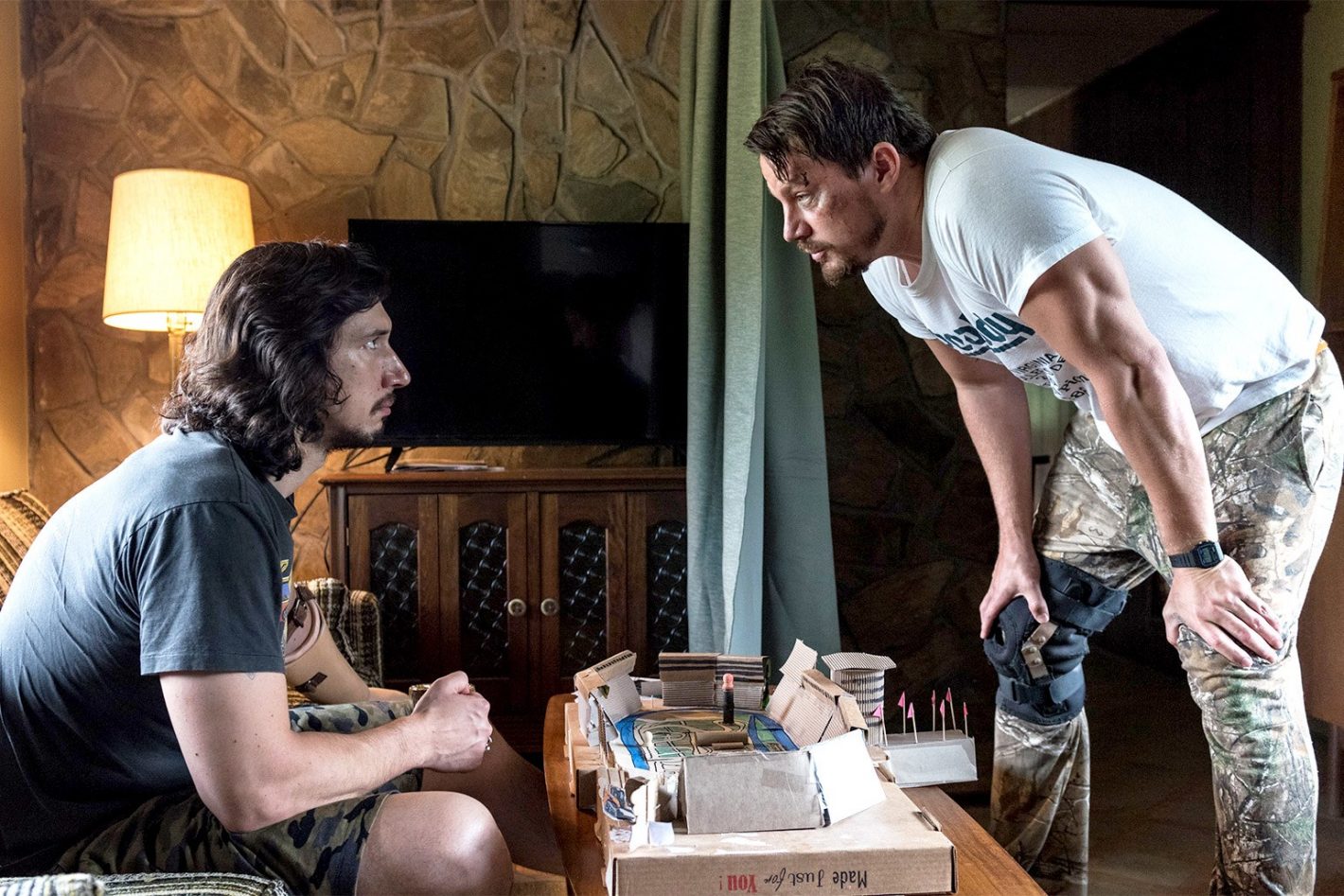 I went into the theater with a sense of nervous apprehension that can only be ascribed to a transplanted Southerner. I didn’t know much about Logan Lucky other than a few keywords: “NASCAR,” “heist” and “Channing Tatum.”

Oh, brother. Could it be yet another movie depicting a bunch of good ‘ol boys with poor excuses for a southern accent (my favorites include Canadian twangs, archaic Gone With the Wind Georgia drawls, and Joey’s Jamaican southern accent on Friends)? And will everyone have their teeth? Will I squirm in my theater seat, anticipating redneck hijinks that make my people look like buffoons with subpar IQs?

Enter: Jimmy Logan (Tatum), a seemingly down-home, hunky, divorced dad in West Virginia riding around in—what else—a pickup truck. He’s just lost his hard hat job because management noticed a hitch in his get-along (aka an old football injury) that might cause them liability issues. Job prospects in Boone County are grim, to say the least. Because he’s just trying to do right by his adorable, beauty-queen-pageant daughter, Sadie (Farrah Mackenzie), we don’t blame him at all when he decides the only option is to rob the Charlotte Motor Speedway in Concord, North Carolina.

Convenient to the plot, Jimmy’s former construction job let him in on the fact that the petty cash from race day (about $14 million) all flow through a system of pneumatic tubes into a vault. Well, shoot. Jimmy reckons he could pull this stunt off with the help of a few family and friends. Along with Clyde, his one-armed bartender brother (the equally hunky Adam Driver … yes, I went there) and his hairdresser sister, Mellie (Riley Keough), Jimmy sets out to make his fortune.

After “retiring” from film (with accomplishments such as Oceans Eleven, Out of Sight, Traffic and Magic Mike under his belt), Steven Soderbergh dropped this flick in theaters without much noise. He spent very little money on traditional marketing and instead focused on smaller target markets; billboards were only placed in certain regions of the country, trailers weren’t shown to focus groups and it was funded by presales and foreign advances. Soderbergh didn’t care about dropping major cheddar to rally a legion of moviegoers to this flick—but critics are loving this shit (Google it). It’s as though he’s in on a strategy that others haven’t figured out: market the movie where/how you damn well want to. Just like the ne’er do well characters of Logan Lucky, Soderbergh only wants us to know what we need to know.

Hell, we don’t even really know who wrote the screenplay for Logan Lucky—“Rebecca Blunt” gets the credit, but rumor has it that she’s not real. Soderbergh swears she’s a real gal in West Virginia, but who knows? Who cares? Whether Soderbergh’s characters are speaking from Blunt, Soderbergh’s wife, or Soderbergh himself—one thing is sure: they are relatable, funny and not as dumb as they seem.

A near-show stealer of this film is Joe Bang (Daniel Craig), an explosives expert that Jimmy plans to break out of prison just long enough to pull of the heist and then put him back before anyone notices. Not that the prison warden (hilariously played by Dwight Yoakam) would admit to any scandal in his prison. In fact, one of the funniest moments of this film happens during a carefully planned prison riot: one of the demands the prisoners make are copies of the last two Game of Thrones books. Applause to whoever wrote this screenplay—the relevance and timing of this joke is masterfully done.

And the heist? It’s accomplished with minor hitches and a very satisfying explosion made with gummy bears and bleach pens. The real meat of the story is the heist-within-a-heist—the head-scratching “twist” being that Jimmy gives all the money back. Or does he?

Turns out, Jimmy was working a side-hustle the whole time. The heist-within-a-heist works in his favor, all while the media dubs his stunt as “Oceans 7-11” and the “hillbilly heist.”

Despite a couple of Hee Haw-type brothers (that are initially depicted tossing toilet seats as horseshoes, sigh) that are only helping Jimmy because the Lord would want them to—Soderbergh manages to poke fun of the South without being disrespectful. He’s pulled off a fun story with only minor glitches (just like Jimmy’s heist. See a trend here?). However, these glitches have been deal-breakers to some: the underutilization of female characters (Katie Holmes as Jimmy’s ex-wife/baby mama and Hilary Swank as the FBI agent with an itch to scratch), and the overutilization of Seth MacFarlane as an obnoxious NASCAR driver left a sour taste in many a gummy bear-eatin’ mouth. But just like Clyde’s beloved prosthetic arm, this movie gets the job done one way or another, and all just in time to see Jimmy’s daughter sing a heartfelt rendition of her dad’s favorite song, “Take Me Home, Country Roads” by John Denver, at the county beauty pageant.

I’ll give this movie four out of five stars because it not only made me laugh, it made my inner redneck high-five my inner cultural snob. That’s all you need to know.