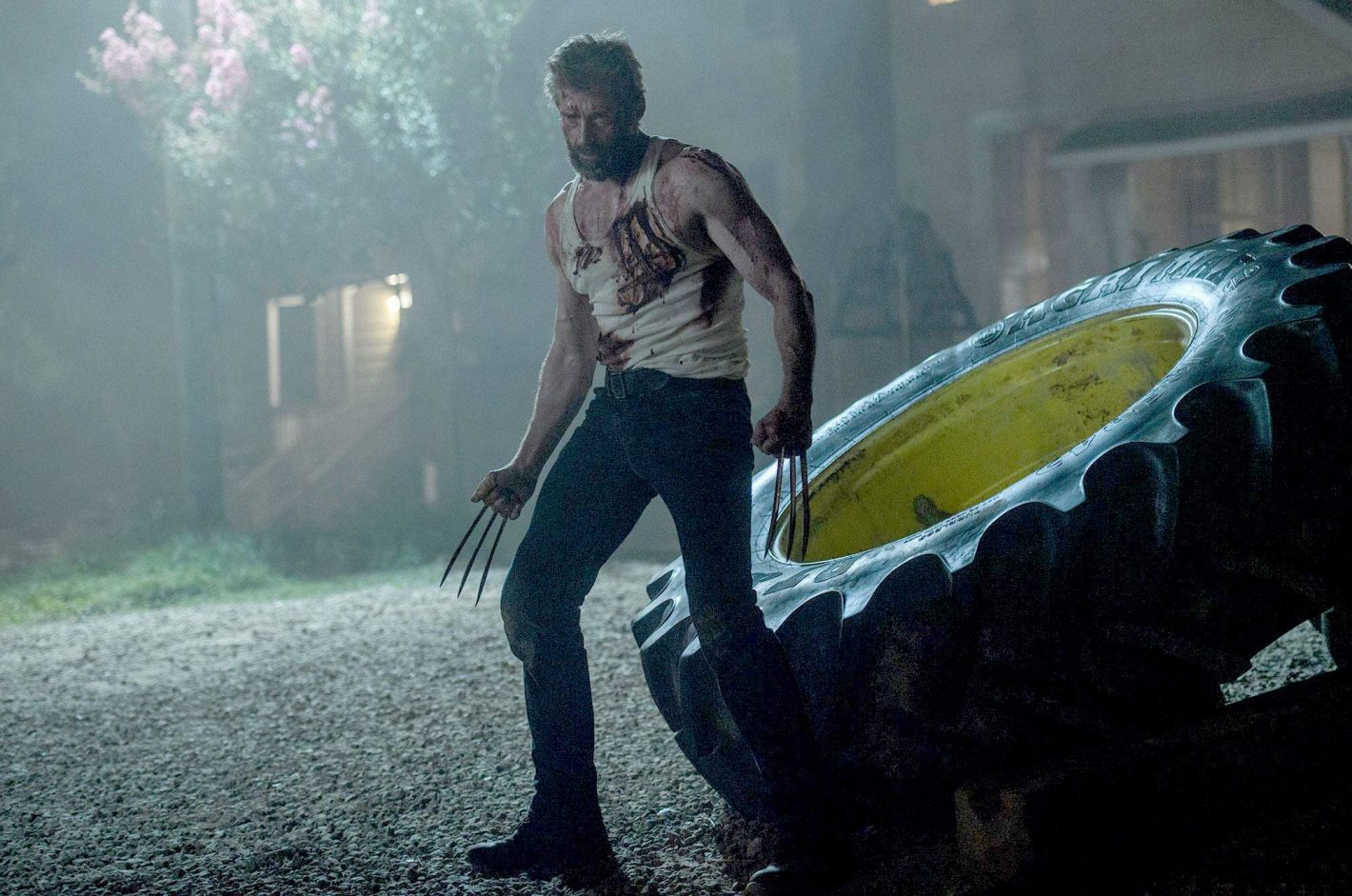 They all shoulda been like this. Venom. Punisher. Wolverine. Every Marvel antihero of the last however many years shoulda been just like Logan; which is to say uncompromisingly R-rated. Oh, I’m sure some would make a case for Deadpool. But Deadpool is cheeky and lame, and preppy Ryan Reynolds shan’t be confused with the brawn of Hugh Jackman.

Lo! Hugh Jackman! Were I a jack-tar, I’d sing ye shanties of th’ sea whilst earnestly scrubbin’ yer washboard abs. Yes, he’s ruggedly built, handsome, theatrically trained and perhaps the greatest tough guy of the last 20 years. I’d even go as far as to say that nobody in the Marvel or DC film universe has done a better job with a recurring character than Jackman has as Weapon X. Since 2000, Jackman’s adamantium-clawed, ferocious and feared Wolverine has appeared in nine X-Men films, gaining a popularity rivaled only by Christian Bale’s Batman. But where Bale portrays the Dark Knight, Jackman is Wolverine. The coarseness of his chops; the growl of his voice; the intensity of his gaze. And if it sounds like I’m waxing poetic, that’s because I am. Jackman is just that good within the construct of the character, and Logan is the proverbial cherry on top.

Set in 2029, the once-revered Wolverine has succumbed to the life of a down-and-out, alcoholic limo driver, shuttling frat boys and sorority girls to and fro in El Paso, Texas. While still a deadly force, his power to heal continues to gradually fade as his body poisons itself from the inside out. He assists in the care of an ill-minded and sequestered Professor X (Patrick Stewart) out of sheer loyalty, his days of antihero valor in the rear view. But when a hunted, whirling dervish of a 12-year-old mutant named Laura (Dafne Keen) unexpectedly falls under his care, Logan, despite heightened misanthropy, can’t help but see it through to the end.

That thread alone does not separate Logan from anything else under the umbrella of the X-Men franchise. This same storyline very easily could have been a safe and enjoyable bet at PG-13 and still made truckloads of money, like basically everything else. And to the credit of director James Mangold (Walk the Line; Girl, Interrupted) Logan takes full advantage of the R rating. You can taste the difference right out of the gate, as the film’s first fight scene bleeds like Sin City or 300. In that sense, Logan takes after many graphic novels-turned-Hollywood, as the violence isn’t so much realistic as it is brutal and unflinching. We’re not talking High Tension or anything, but this is a far, distant cry from Tobey Maguire’s Spider-Man or anything Captain Snoozefest. 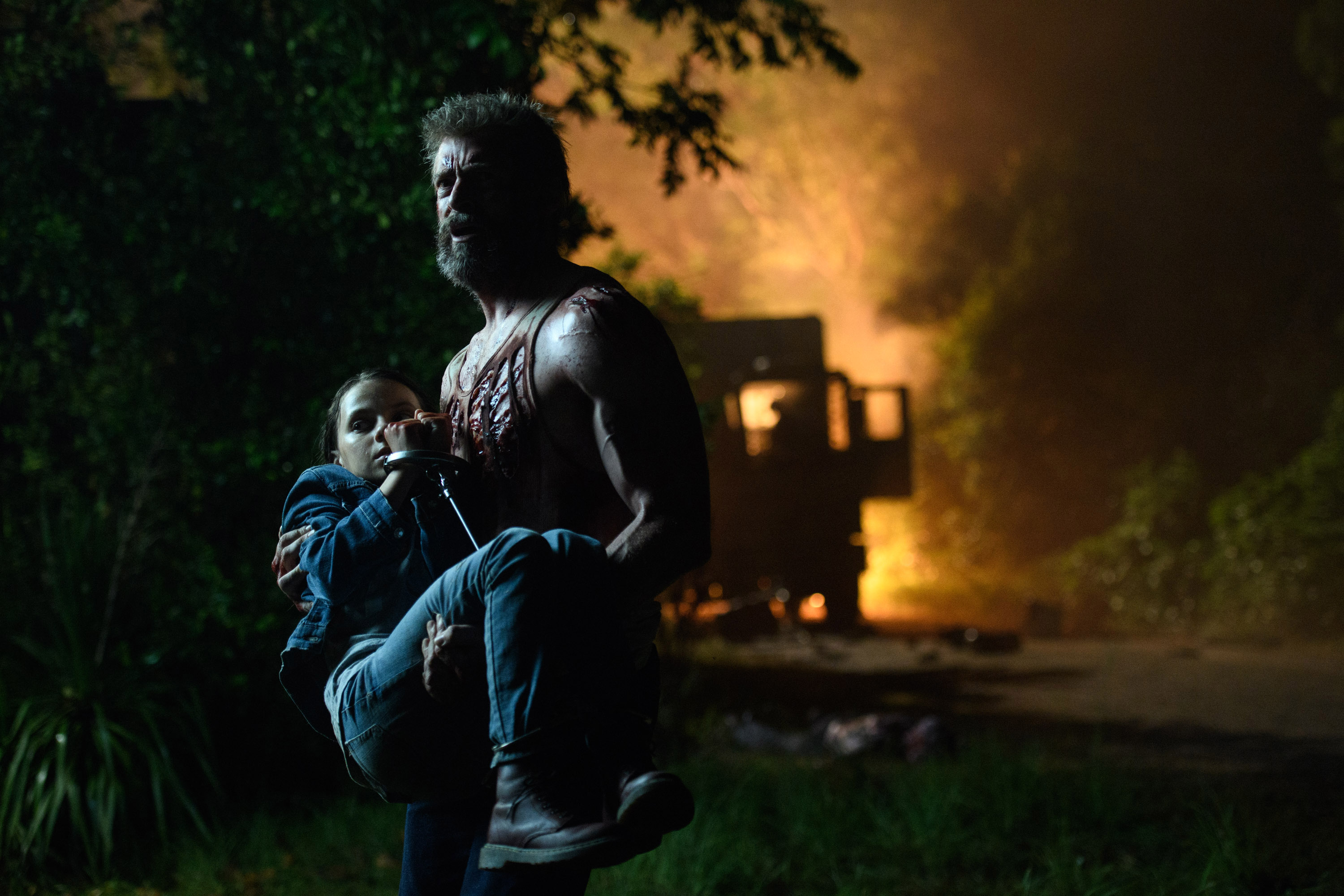 Explicit violence alone is no badge of honor, but this is Wolverine we’re talking about! The very nature of comic antiheroes is their predilection for shooting first and asking questions later, and Weapon X, of all the good-hearted brutes, always fit that mold to a tee. Which, to beat a dead horse, is the primary reason Logan stands out: This is how the character was meant to be played. For people that read or grew up reading comics, the very notion of something like Topher Grace’s Venom is tantamount to sacrilege.

At the same time, Logan happens to be well-acted and engaging, taking a stab at some actual drama and not just platitudinous heartstrings. The Deer Hunter it ain’t, but people like Hugh Jackman and Patrick Stewart are real actors, that outside of the comic lexicon do real film and theater. Even a supporting cast member like Eriq La Salle, a consummate pro, goes a long way when you start comparing to the hackneyed doldrums of say, Thomas Jane’s Punisher. And as for young Dafne Keen … she’s a total badass! I can’t ever recall a person that age pulling off such a convincing action heavy.

So can I bookend this with my love for Hugh? I tell you what, I’m going to miss ol’ H.J. as Wolverine. Not because I’m addicted to the franchise (which I’m not), but rather due to the fact that nobody these days—with the rationed exception of Daniel Day Lewis—can pull off swingin’-dick tough guy shit like Hugh Jackman. There’s a string of moments in the last 15 minutes of the film (one extra special in particular) that are so unshakably hard-nosed, it makes me smile just thinking about them.

I mean, I know I’m just a sucker for hunky tough guys. They’re my crushes, and always have been. But give credit where credit is due. Here’s looking at you, Wolverine.