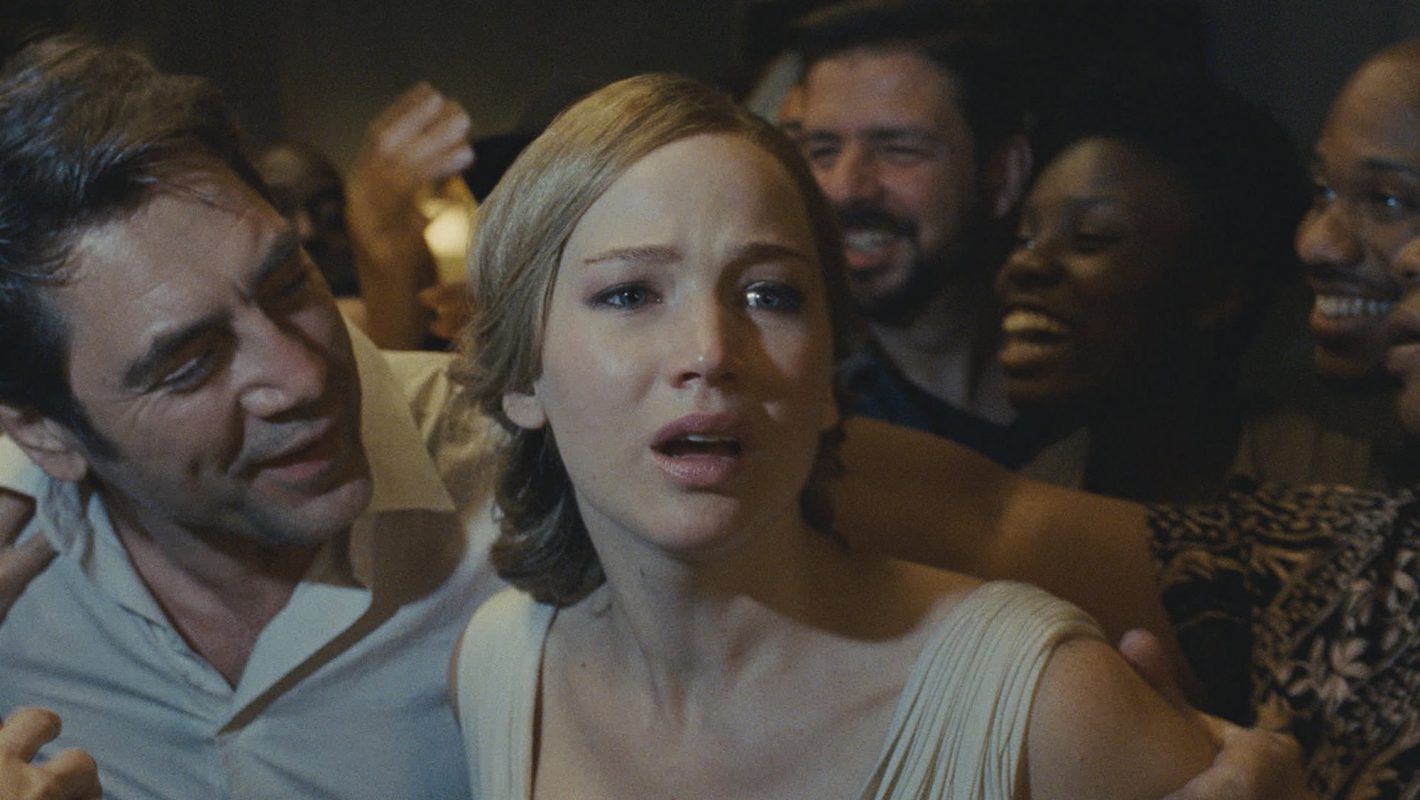 I was so excited to see Darren Aronofsky’s mother!; not only because I love his nuanced style and heavy reliance on dream logic, but because people I respected like The Atlantic’s Christopher Orr were writing some really mean reviews of the film. I just figured they didn’t appreciate what I love about Aronofsky, and put myself in charge of straightening them out. When I was in grad school, I studied the intersection of dream logic and storytelling under David Lynch’s former wife Mary Sweeney at USC. If anyone can unravel that mess, it’s … well she is who she is—but she’s busy with more important things, so I’m next best. I bought my ticket, got my popcorn, and was ready to see this thing and understand the shit out of it.

I was so wrong.

The film is not what you’d expect from Aronofsky, and unfortunately, that’s not necessarily a good thing. There’s a difference between mystery and confusion, in the film sense. Hitchcock famously described that difference in terms of two people sitting down to tea when a bomb goes off from under the table. Told like that, it’s confusing. If, however, the filmmaker tells us there’s a bomb waiting to go off under the table, we’ll watch these two idiots talk over tea with bated breath because we know what’s going on, and we can’t wait to see what happens next. While so much of mother! is total nonsense, there are pieces of this film that really work. Notably, there’s a sequence in which Mother (that’s what the script calls Jennifer Lawrence’s character) is left alone in the house with a maybe-murderer lurking outside. This sequence works well for the same reason the rest of the film fails: information. For a brief passage, Aronofsky takes Hitchcock’s advice and engages the audience, clearly defining the stakes, which makes for a riveting sequence.

The rest of the film, while there’s a read of it being an allegory for the Christian creation myth, is just too confusing to be worth watching. Yes, we can extrapolate meaning from the series of disorienting images, but is that how you want to spend your Friday night? Herein lies the difference between a film like mother! (pretentiously written in lowercase and with an exclamation point), and films like Tree of Life, Mulholland Drive or even Aronofsky’s own Black Swan (which got similar criticism but was a much better film): Each of these films, while relying heavily on an unsettling combination of formalism and dream logic, gives us a roadmap, a clue about what the fuck is going on, but mother! doesn’t get it right.

Mother! follows the titular character as she and her husband, Him (yep, that’s what the script calls him), played by Javier Bardem, as their beautiful house in the countryside is bombarded with unannounced visitors. There’s a kind of over the top allegory about Mother being Earth and Him being the Judeo-Christian god that makes what follows a bit predictable; Ed Harris (Man/Adam) shows up and coughs a lung up into the toilet, which precedes the arrival of Michelle Pfeiffer (Woman/Eve). Their children appear from out of nowhere, and one kills the other (sound familiar?), which blows the whole thing apart, inviting war and chaos. This ultimately bogs the film down into a muddled confusion of admittedly beautiful images that don’t do anything to move the story forward.

Eventually, Mother gets pregnant and holes herself up in a room long enough to have the baby, which she hands over to Him, who in turn, and to her horror, tosses the baby into the crowd. Aronofsky spends the next few minutes following her screaming through the chaos in search of her baby. We see through her eyes as she finds her newborn in the hands of a priest who kills it and distributes the flesh to the crowd to eat. Aronofsky is hitting us over the head with this creation myth thing, and while it’s incredibly visual, it’s less a story and more of a series of surprising sequential events.

In an interview where Aronofsky was confronted with the (lack of) narrative in the film, he explained that “if you try to unscrew it, it kind of falls apart” and added that, “You shouldn’t over-explain it.” Maybe he’s right, but isn’t that the point?