From the finale’s pictorial representation of a character blowing his brains out on live television (aired during the actual National Suicide Prevention Month) to depictions of hardcore drug usage, a gay sex scene and lots of bleeped “F” words, USA Network’s techno thriller Mr. Robot is verifiably a new controversial hit. Who knows, its pro-hacktivism themes might just have the potential to inspire a virtual revolution. If not, the credits alone take you back to the retro days of playing old Atari video games.

Kurt Vonnegut once said, “How embarrassing to be human.” This telling quote sums up the recent offering from Mr. Robot creator, Sam Esmail, as he’s delved into the complex infrastructures of society’s ever-growing dependency on technology. The ideas of one account for all, corporations being too big to fail and cyberpunks ruling the world are all blended into his scintillating amalgam of a cable series. Mr. Robot is so good, it even contends with some of the best premium channel shows have to offer. 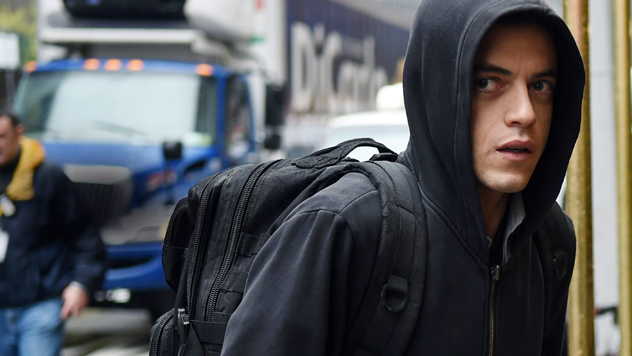 Protagonist Elliot Alderson (Rami Malek) is a security engineer by day and vigilante hacker by night. The only problem is he’s addicted to snorting morphine and talking to the nonexistent people who are in his head. His social anxiety and ongoing paranoia make him a genuine misanthrope by nature. He avoids interaction as much as humanly possible; he’d rather observe life than live it. He hacks people instead of getting to know them. “I’m good at reading people. My secret, I look for the worst in them,” voiceovers Elliot.

The narration, with Malek’s stoic delivery, invites the audience into his distortedly stealth world. He even alludes to the fact that he’s “created” us, and isn’t shy of preaching about capitalistic hypocrisy, either. In the pilot, Elliot boldly proposes: “Is it that we collectively thought Steve Jobs was a good man even when we knew he made billoons off the backs of children? Or maybe it’s that it feels like all our heroes are counterfeit.” Needless to say, Elliot runs Linux. 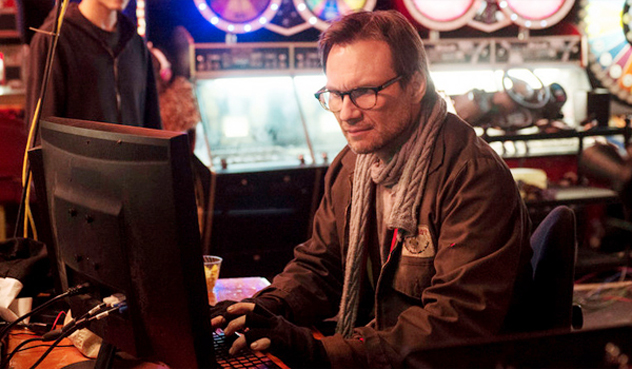 His conscious enemy is a commercial conglomerate of greed, known as Evil Corp. The company’s title is symbolized throughout the show in reference to everything corporate. The emblem “E” is labeled on every CPU, laptop, business and bank. It’s plastered logo is like that of Google, Apple, Dell or Bank of America. Tyrell Wellick (Martin Wallstrom), the ambitious young VP at E Corp, adds a much-needed sinister dynamic here. He’s right up there with that Christian Bale in American Psycho kind of creepiness. Corporate takeovers, seducing men to hack his way to the top and cold-blooded murder are some of his ravenous hobbies.

The radical NYC-based drama serves a solid lineup of wannabe victors. Supporting characters, Angela (Portia Doubleday), Elliot’s childhood friend, and Shayla (Frankie Shaw), a girl-next-door drug dealer/part-time lover, both work well to finely tune a semblance of reality. Whereas, Darlene (Carly Chaikin), cyberpunk hacker with attitude, and Mr. Robot himself (Christian Slater), the rebellious, sage-like anarchist, act as the catalysts helping to awaken him from his present delusions. They invite him to join their cause, a hacktivist group called “fsociety.”

The vanguard’s mission is to cancel all debt, by hacking into E Corp’s database. This becomes the throughline of the show and something Elliot can get onboard with, as he sometimes dreams of saving the world. In order to pull that off, though, he can’t break his own strict rules or regiments or remorsefulness. As a bonus, he has to deal with other people. Not his strong suit. 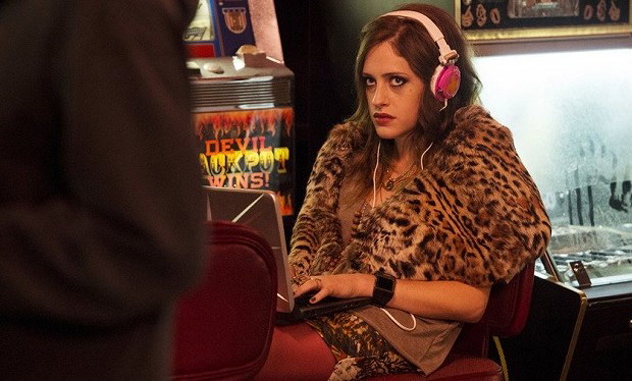 Malek’s acting chops resonate on a visceral level, especially in an episode where he goes through morphine withdrawal. He’s the kind of actor that can go from zero to 60 just like that, but always be grounded in his role. Slater, as his voice of reason, also strikes a chord. As the looming Mr. Robot, he aids and abets Elliot’s character arcs—helping the anti-hero rival his own demons and test the limits of his self-control.

The series is shot well, using darkly urban tones and earthiness in its cinematic framing. The soundtrack includes: Nancy Sinatra and Neil Diamond, Sonic Youth, The Cure, Mos Def, Trent Reznor and Atticus Ross. The music playfully haunts you like the gritty ongoing themes of the show.

As Elliot continues to immerse himself into the murky waters of tech espionage and internet warfare, things go haywire. Revealing plot twists ensue about midseason on till the end. Livelihoods fall, lives are taken … and life, as we know it, will never be the same. Mr. Robot is a brave experimentation in a new wave formula coming to TV. The series has even been assaulted in the media for issues with the season finale’s violent content. Non-spoiler alert: A passing character, who works for Evil Corp, decides to off himself on camera. Little could USA Network know, this would turn out to be untimely as it approached simultaneously with the on-air Virginia murders, resulting in a delayed finale airing in September.

Mr. Robot taps into the cerebral cortex of American voracity and the watchdogs who aim to fight it, while at the same time, creating a portrait of mental illness and substance abuse for an honest character study. It identifies with a subterranean counterculture on the rise in today’s world of economic crisis, data breaches and corporate monopolization. Despite much esoterically coded dialogue and all its programmer jargon, the show represents a novel look at where our country is inevitably headed. Fsociety’s motto is: “We are finally free. We are finally awake.” Should we buy in, after all? Season 2 is bound to convince us. 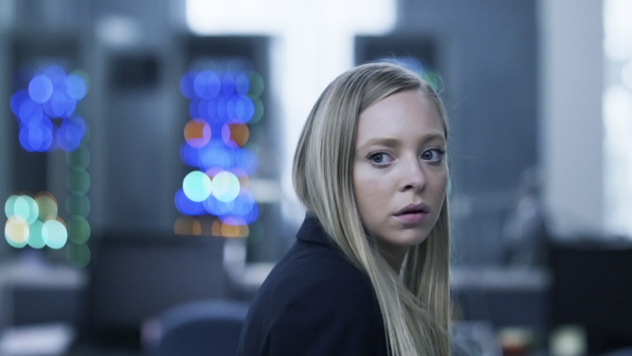