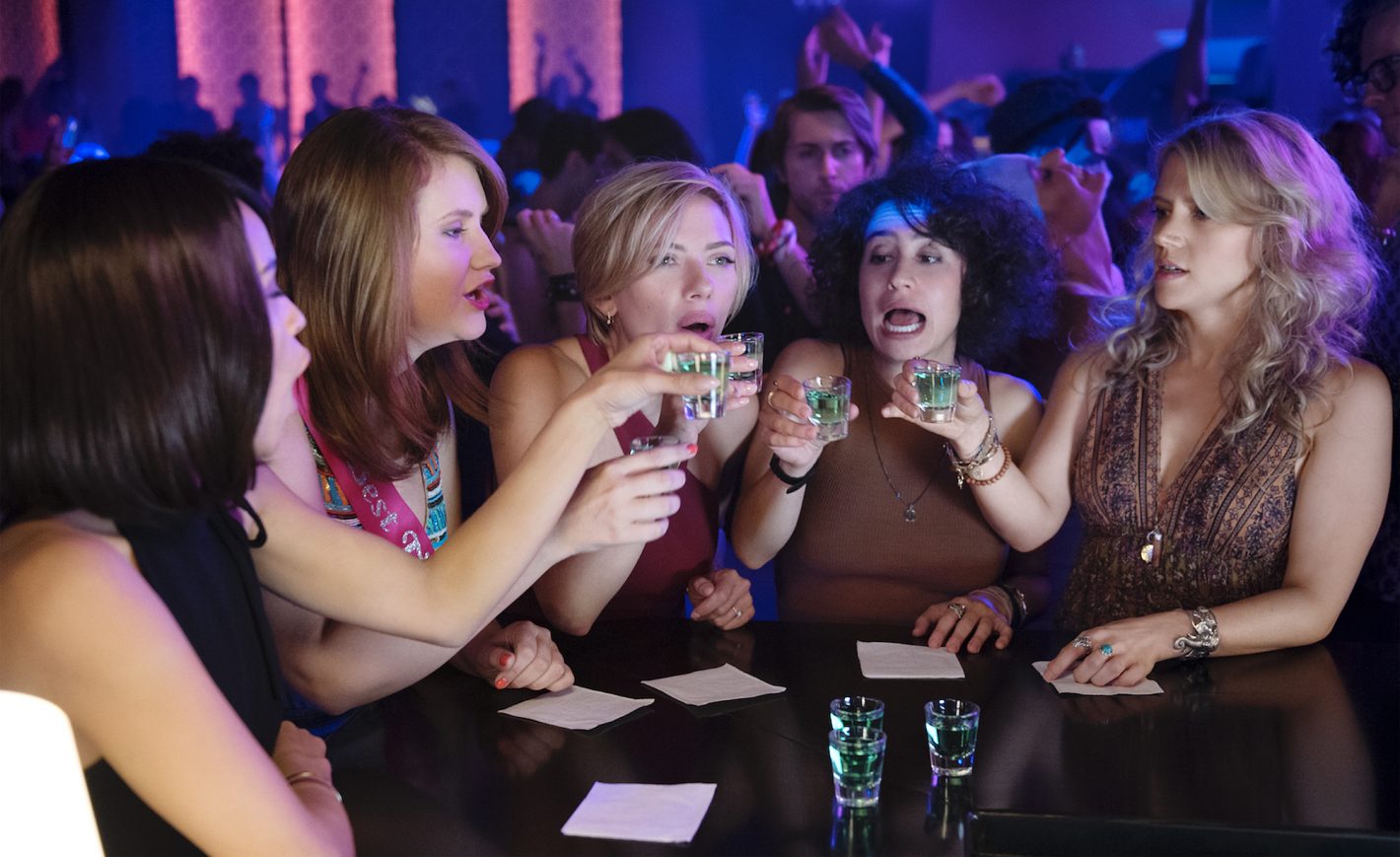 It’s been nearly 10 years since The Hangover was released, which means we’ve been subject to a steady stream of “crazy night out” comedies for the better part of a decade. Rough Night is certainly part of that long-winded trend, but it’s more of a crazy night in for the female cast.

The movie starts out in formulaic fashion with four best friends leading very different lives after they all graduated college. Scarlett Johansson plays Jess, who is running a failing campaign for state senate and is set to marry Peter, played by Paul W. Downs or Trey from Broad City. Jillian Bell is Alice, a school teacher and overbearing friend planning Jess’s bachelorette weekend. Ilana Glazer is Frankie, essentially Ilana from Broad City with more maturity and more politically active. Blair, played by Zoë Kravitz, doesn’t seem to have much going on outside of her custody battle. Finally, Kate McKinnon plays Jess’s best friend from her semester abroad in Australia, Pippa.

A weekend trip to Miami before a wedding seems like the average night out for a group of women celebrating their friend’s upcoming vows. However, Jess is in the middle of a campaign and just wants to have an early night. After a few bumps of coke and your typical slow-motion nightlife sequence, the ladies come back to their borrowed Floridian mansion made of glass.

In short order, the group accidentally kills a stripper and Jess has become your average politician.

This isn’t a movie about plot, however. Rough Night exists to showcase the talents of its cast and to get its audience laughing. That’s not hard to do when you have Ilana Glazer playing her usual, feminist self and noted national treasure Kate McKinnon in any role. 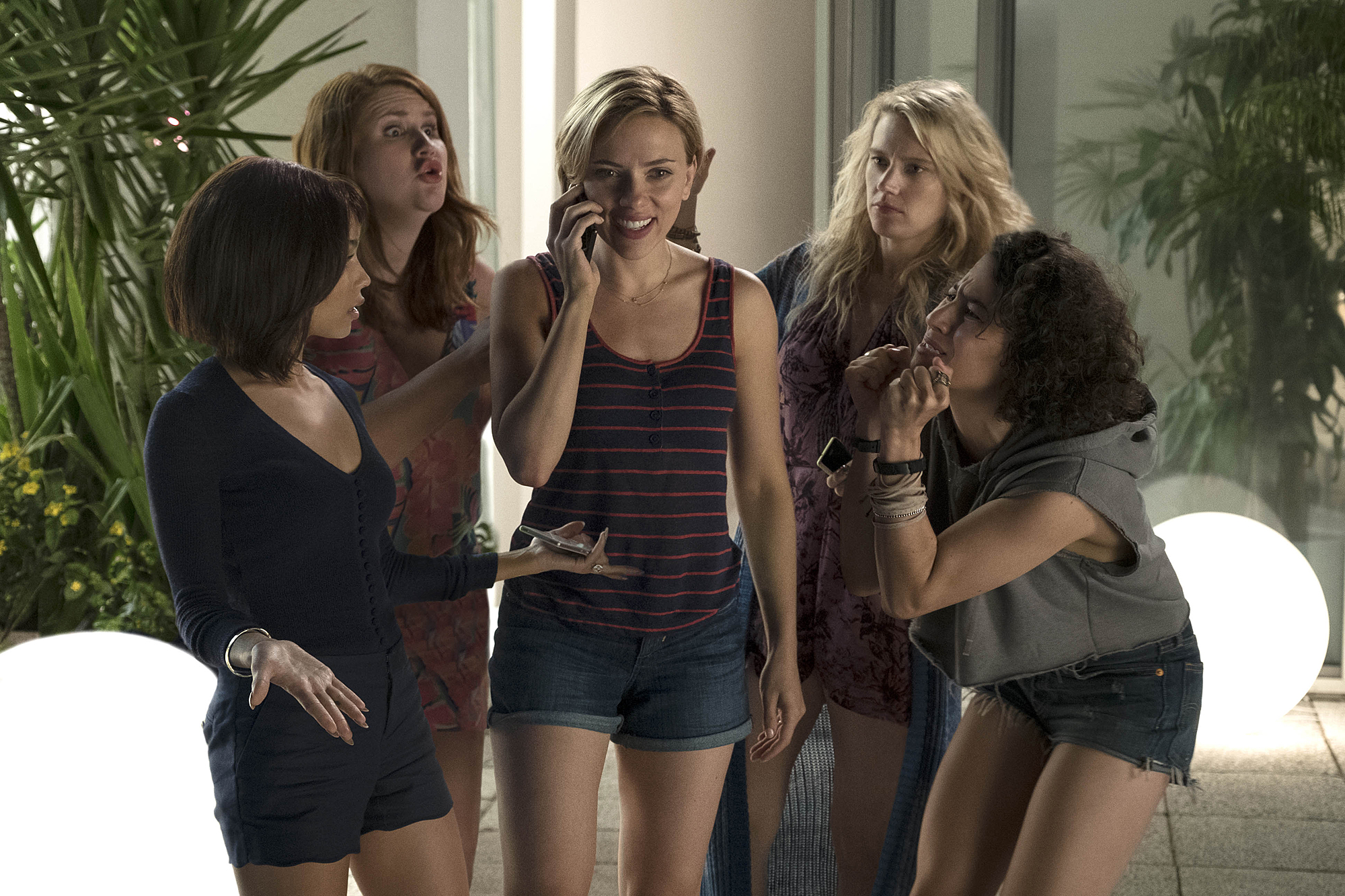 The movie’s shortcomings start coming through as the story progresses. There’s a simultaneous bachelor party that Peter is having—a much more relaxed affair in the form of a wine tasting. Downs is a great actor and he’s surrounded by other great actors like Eric Andre and Davis native Hasan Minhaj, but no one is utilized. Andre and Minhaj maybe have 10 lines between them, which just isn’t enough for the two.

Bo Burnham makes an appearance at the bachelor party as well, which sounds like it would be rather charming. However, this movie doesn’t give room for any of these established personalities to be themselves. The movie as a whole would have benefited from more focus on the B-story and the great talent they put together for a few minutes of screen time.

Rough Night loves its main cast, as it should. All the women should be stars in their own right, and that will soon be the case if there is any justice in the world. We’re all pulling for you, Ilana. This just isn’t the movie that’ll jettison them into the spotlight.

Zoë Kravitz is great as Blair, but her character is underwritten. She doesn’t do much outside of her one-note backstory and a scene where she gets eaten out by Demi Moore. Jillian Bell has proven that she is a great comedic force, but she is written into her usual role—the single best friend who tries to convince everyone to eat penis-shaped pasta.

If you’ve taken a look at Rough Night’s Rotten Tomatoes score, then you’ve gotten an idea if this movie is actually worth your time. As of publication, it has a 49 percent rating. It’s a very middle-of-the-road type of experience. The movie didn’t try reinventing the wheel or making a socio-political statement that some may have expected looking at the cast and director. This had the potential to be a defiant, forward-thinking affair with hints of wit straight from Broad City. Instead, the creators of Rough Night opted for a fun hour and a half that you’ll maybe end up watching only a handful of times.

Just be on the lookout for the cast in the future. Everyone here will continue to be in more projects and we should all be very happy about that.