The Magnifique World of the Sacramento French Film Festival

Romance between a philosophy professor and a hairdresser, or a 60-year-old dentist and a computer instructor half her age; a 60-year-old former beauty queen who hits the road for an epic road trip; and a judge who finds out not only is she pregnant, but that the father is a murder suspect—you can expect a lot of the unexpected at the 2014 French Film Festival, now in its 13th year and happening June 20 – 29 at the Crest Theatre. The films in this year’s celebration of French cinema explore subject matter ranging from adolescence and young pregnancy to mental illness, self-discovery, and, of course, love.

According to Cecile Mouette Downs, the festival’s executive and artistic director, this year’s selection is one of the strongest yet, and includes 12 of the most acclaimed and awarded premiere films, as well as three classics: the 1970 fairy tale film Donkey Skin (Peau D’Ane), the 1994 historical drama Queen Margot (La Reine Margot), and the 1942 comedy thriller The Murderer Lives At Number 21 (L’Assasin Habite Au 21).

French cinema fans will recognize names like Audrey Tautou, Romain Duris, Juliette Binoche and Roman Polanski. To top it off, Laetitia Dosch, the star of the film Age of Panic, is rumored to be attending the festival and presenting the film on the first weekend (June 20-22).

We’ve highlighted a few films featured in this year’s festival. 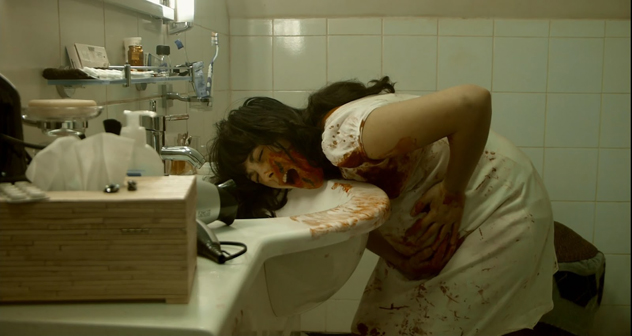 Considered one of the scariest, most gruesome French horror films out there right now, À l’intérieur features the rare female killer. The plot is a morbid one. While a pregnant widow is waiting for a ride to the hospital from her mother so doctors can induce labor, a mystery woman (a frightening Beatrice Dalle) shows up at the door with plans to perform the procedure herself and take the baby. Critics give À l’intérieur an 83 percent on Rotten Tomatoes, waxing poetic about what a “damn good” horror film it is, and even toying with the thought of labeling it a classic. “Leave it to the French to make Suspiria look like a ‘30s drawing-room comedy,” one critic commented, referencing the Italian cult classic that has made numerous Greatest Horror Films of All Time lists. If you fancy scissors and guts in your horror movies, this is a not-to-miss. 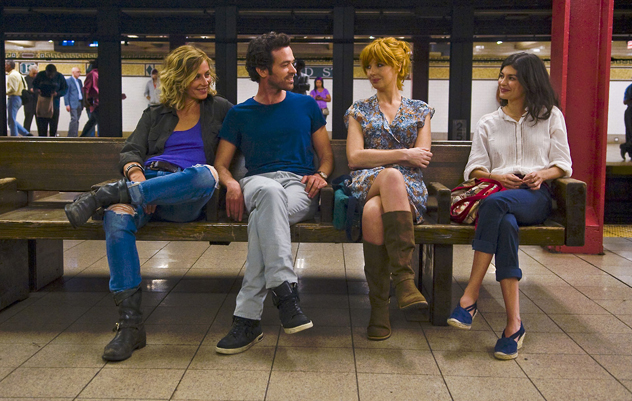 Calling all Audrey Tautou fans! Here is yet another film to settle your fix, taking place this time in New York City’s Chinatown. This romantic comedy concerns Xavier (Romain Duris), a writer who may just need a little amour to clear up a bad case of writer’s block after the mother of his children moves from Paris to New York, taking their children with her. To be closer to his kids, Xavier follows suit and winds up living in Chinatown. Suddenly Xavier finds himself in the company of a former roommate and a former lover. “I came to New York to be near my kids, who I had with a Brit, who I lived with for 10 years. I had a baby with two lesbians. I married a Chinese woman to become an American. And life’s not complicated?” Xavier asks in a poignant scene. Casse Tete Chinois is, in fact, a follow-up to Cedric Klapisch’s films L’Auberge Espagnole and Russian Dolls, which follow the same characters. (No, you don’t need to see the previous films in order to follow this story line.) 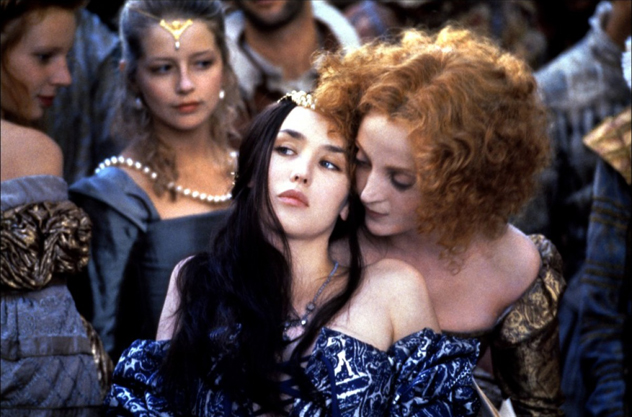 Considered a timeless classic, La Reine Margot is a (very) ‘90s adaptation of the historical novel written in 1845 by Alexandre Dumas. It traces the life of Margaret of France, aka Marguerite de France or Marguerite de Valois, a Catholic who reigned as France’s queen during the 16th and 17th centuries. From poisonings to beheadings, this true story is anything but a happy one, recreating the bloodstained history of France during the battle between Catholics and Protestants for political power—notably the infamous St. Bartholomew’s Day Massacre of 1572. Entangled in the plot is Margaret’s personal life, starting with her arranged marriage to Henri de Bourbon, the king of Navarre and a Protestant, in order to make peace between the Protestants and Catholics, which is (of course) followed by a love affair with the soldier La Mole. This movie won the Jury Prize and Best Actress Award at the Cannes Film Festival, as well as five César Awards. Celebrating its 20th anniversary, SFFF will present the digitally restored director’s cut of this film, honoring the film’s maker and stage director Patrice Chéreau, who passed away last year. 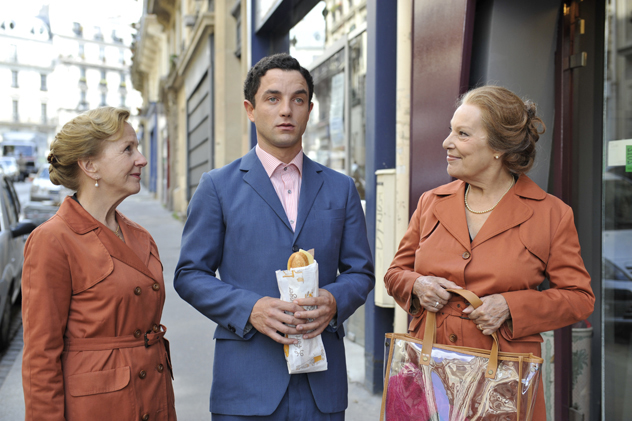 Some of the best movies are those that walk the line between reality and a dreamlike world sprinkled with oddities and hints of old Paris. Attila Marcel smacks of a magical realism that is found in French films like Amelie. “It’s not Lord of the Rings, it’s not a totally fantastic universe,” says leading actress Anne Le Ny. Attila Marcel is about a dreamy young pianist who became mute after his parents died in a mysterious accident when he was just two. Suspecting his father was violent with his mother, he suppresses his emotions and treats his parents’ deaths as a dark secret. This suppression makes him a bit childlike. Things take a sudden turn when he meets one of his neighbors, a strange woman (Ny) whose home is overrun with vegetable plants. She is rough, tough, outspoken, very eccentric and connected to nature, Ny says of her character. Directed by Sylvain Chomet, who also directed the 2010 animated drama The Illusionist (L’illusionniste), this film is about self-discovery. 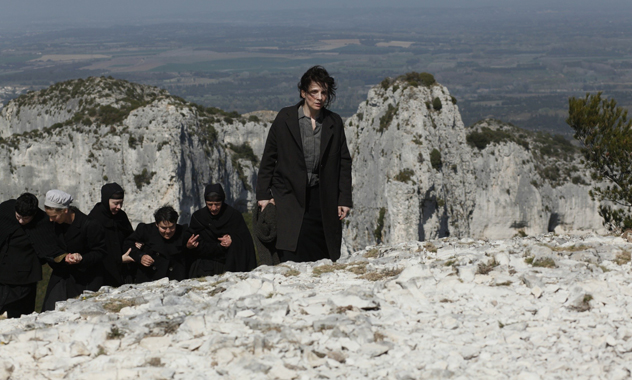 Camille Claudel 1915 tells the true story of Camille Claudel, the renowned French sculptor and artist who became the protégé, mistress, and muse to Auguste Rodin (another renowned French sculptor). Around the age of 50, Camille (played by award-winning Juliette Binoche) is admitted into an insane asylum at the urging of her brother, the poet, playwright, and diplomat Paul Claudel. The film traces Camille’s despair, convinced that she is not insane and constantly awaiting visits from her brother with hopes he will take her away from the asylum. The story is based on the letters exchanged between Camille and her brother throughout her years spent there. Camille Claudel 1915 tells Camille’s story in a strikingly raw and emotional way. In fact, the film itself was directed in an asylum in France, using its doctors, nurses, and patients as supporting cast members.

Sometimes, it seems we humans are blindly attracted to what’s in our worst interest. Exploring that concept, L’Inconnu Du Lac takes place on a lakeshore in southern France frequented by gay nudists. The beach also serves as a favorite hangout for the main character Franck, a thirty-something handsome gay male who is constantly scouting the shoreline during the summer. On one afternoon, he meets and is immediately attracted to Michel. The next day, from behind the trees, Franck sees Michel murdering a lover in the lake. Blinded by passion, despite what he secretly knows, Franck is even more infatuated with the killer and seeks a relationship with him, even after police begin an investigation into the death. The film received a 94 percent rating on Rotten Tomatoes, four stars from Michal Oleszczyk on RogerEbert.com, eight César nominations this year (including Best Film and Best Director) and is praised by critics as a sexy and arresting erotic thriller. 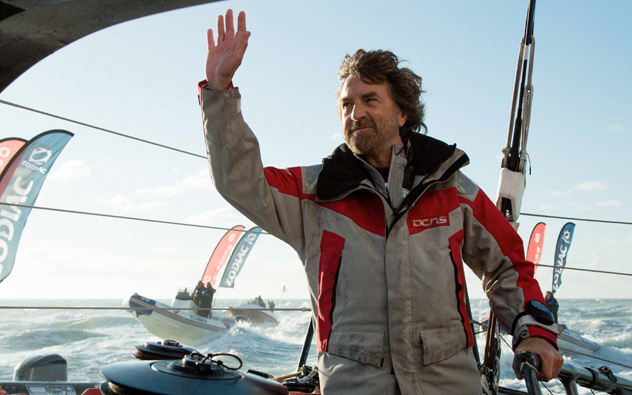 This film tells the story of sailor Yann Kermadec (played by François Cluzet), who replaces his sailing cohort in the Vendée Globe. Yann’s prospects of winning the three-month round-the-world yacht race are looking good, until he discovers he’s not alone on the ride. Somehow a teenage stowaway managed to sneak onto the boat when Yann landed on the Canary Islands to repair a damaged rudder. Since the Vendée Globe is a solo race, having a passenger onboard immediately disqualifies Yann. Lacking options, Yann has no choice but to share his journey with his unexpected guest. In doing so, he also has a change of heart. A debut for French cinematographer Christophe Offenstein in a directorial role, this film recreates the harshness of international sailing competitions while revealing the spectacular views and extreme conditions of the untamed sea.

The Sacramento French Film Festival runs June 20 – 29, 2014 at the Crest Theatre. Opening night reception begins at 6 p.m., June 20. There are a variety of ticket prices and passes available; visit Sacramentofrenchfilmfestival.org for more info.