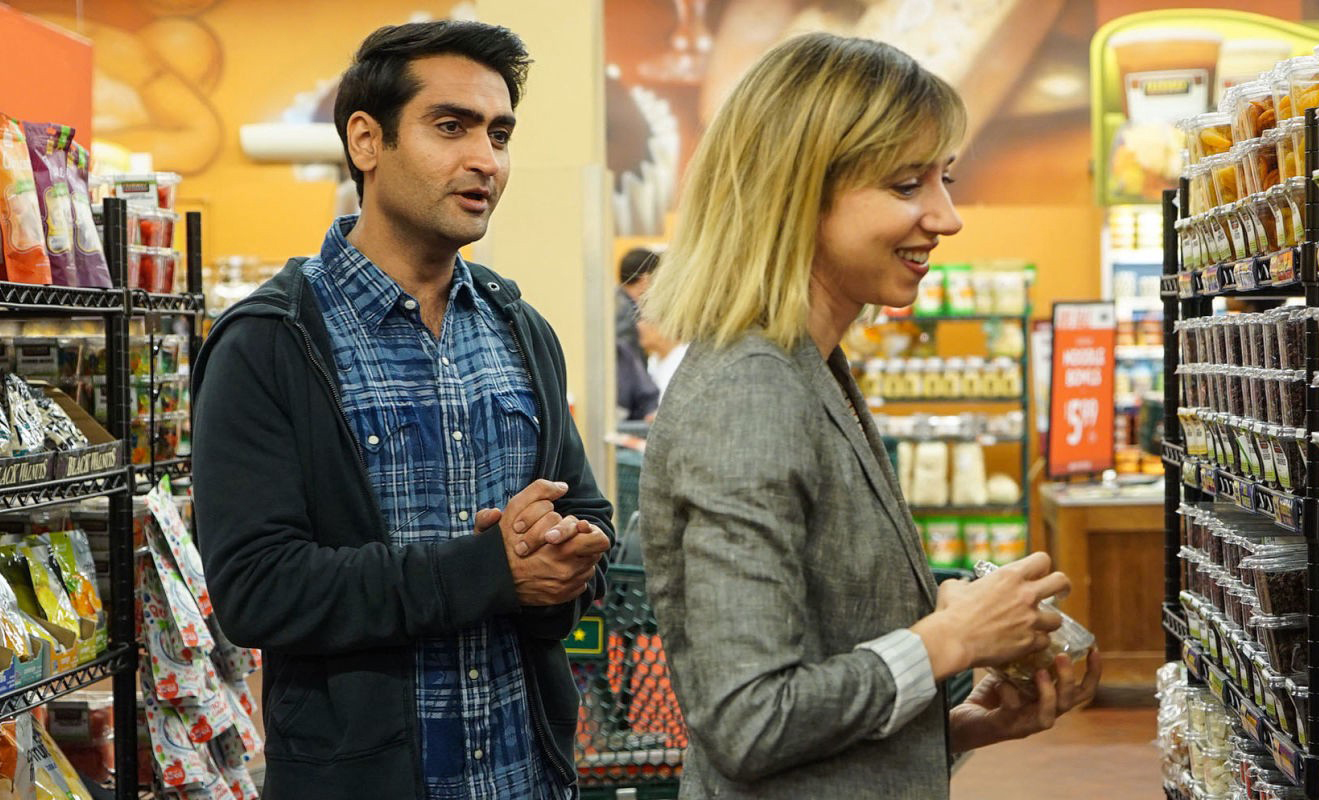 Romantic comedies should leave us all wondering what lengths we would go to keep the ones we love in our lives. Would we follow them to a new home, effectively leaving our old lives behind? Would we give up a part of ourselves that somehow keep said loved one out of our lives? Would we stay by their side as they lay in a medically-induced coma a few days after they ended our relationship because we weren’t ready to abandon our family’s traditions for them? The Big Sick leaves us with that last question burning in the back of our minds in what is sure to be considered the best romantic comedy of the year.

The movie follows the somewhat fictionalized, mostly true story of writers Kumail Nanjiani and Emily V. Gordon during the first year of their relationship. Nanjiani plays himself as an up-and-coming comic and Uber driver who meets Emily, played by Zoe Kazan, after she heckles him at one of his shows—it was a good heckle. The two hook up and eventually start dating.

Kumail has a rule with new relationships that he never hangs out with someone three days in a row. He tells Emily that it’s to be sure the relationship doesn’t move too fast, but it’s really so he can keep Sundays free without having to explain what he does every week. Kumail’s family meets for dinner, which essentially exists so his mom can invite various women to their home so that he can choose a wife for his arranged marriage. Each woman brings a file with information about themselves and photos that Kumail keeps in a cigar box at his apartment.

Emily finds Kumail’s stash of photos and a fight ensues that breaks the couple up. An average rom-com would have this be the plot’s climax, but The Big Sick is so dense with story elements that this falls maybe halfway through the story. Without going into too much detail, Emily suddenly falls ill and is rushed to the emergency room. After what is best described as incredibly specific happenstance, Kumail eventually signs a doctor’s form so that Emily is put into a medically-induced coma.

At this point, the story shifts entirely as we watch Kumail meet and eventually bond with Emily’s parents, played by Holly Hunter and Ray Romano. The two veteran actors play their roles very well. Hunter is an anxious and protective mama bear, while Romano is your classic clueless, loving father. The casting of these two was such a good move. Hunter was obviously going to play her part well, but Romano is surprising here. It doesn’t hurt to hear him say “fuck” in his voice either.

Another surprise this movie hits you with is its length. Apparently, it clocks in at just over two hours but I doubt anyone will notice. We should expect the time this movie takes up—it is produced by Judd Apatow after all—but there is more than enough to fill up the hours.

This is the best movie Apatow’s name has been connected to since Superbad. The movie will occasionally break away from the anxiety and fear that is looming over everyone’s heads to show Kumail’s progress toward becoming a full-time comedian. He’s surrounded by funny people who prove to be good actors as well. Bo Burnham, Aidy Bryant and Kurt Braunohler play Kumail’s comedian friends who try their best to help him through the stressful situations he finds himself in. However, true to any Apatow flick, the only way to grow emotionally is to persevere through your problems and hopefully come out the other end a stronger person.

Kumail eventually confronts his family about his decision to not have an arranged marriage. He confronts his abilities and commitment to turning comedy into a profession. Most importantly, he confronts his true feelings and intentions with the relationship that he may or may not even be in.

Emily V. Gordon is a seasoned writer and Kumail Nanjiani has been a familiar face in comedy for a number of years. The couple is married and much of the story they share with us in The Big Sick is true. How they make complete strangers care about their relationship’s origin is in the vulnerable state the two put themselves into. They open up to the world with this pet project that not many expected to be as hilarious and as heartfelt as it ends up being. The Big Sick proves that the two are not only a fantastic couple, but they are an extraordinary writing duo.