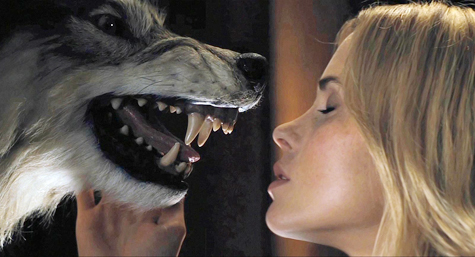 The Cabin in the Woods

Before vampires sparkled, they were crawling out of a Hell Mouth and getting their asses slain by a buxom high school cheerleader with mystical powers. Those were simpler times. While Buffy the Vampire Slayer may not have been highbrow, it hinted at the promise of a young writer still cutting his teeth (pun intended) in the realms of horror, sci-fi and fantasy. Today, Joss Whedon is one of the most interesting creators those genres have to offer, and with his latest film (directed and co-written by Buffy/Lost alum Drew Goddard) Whedon’s place in the horror pantheon seems pretty well assured.

In the months leading up to The Cabin in the Woods, I was advised to go into the movie knowing as little about it as possible. Interesting, considering another film Goddard co-wrote–the mind-altering monster-eat-city flick Cloverfield–was as much about the wide-reaching alternate reality game strewn across the Internet as it was about the actual film. As it turned out, going into The Cabin in the Woods without any clear expectations–other that there would be some blood and gore and college-aged kids getting stalked in the woods–certainly enhanced my enjoyment.

The film starts not with the stereotypical group of kids, but with a group of apparent scientists scuttling around what appears to be a mysterious research facility. Our group of cookie cutter slasher flick protagonists do show up shortly thereafter, bearing all the established guises: There’s the squeaky clean heroine (Kristen Connolly), her promiscuous blonde best friend (Anna Hutchison), the brawny man’s man (Thor’s Chris Hemsworth), the somewhat nerdy nice guy (Jesse Williams) and the Shaggy-like stoner dude (Fran Kranz). They all pile in an MV and head to a cabin in the woods for what would seem to be a weekend of lakeside fun in the sun, but turns out to be a frightful bloodbath.

It’s basically every story of its ilk that you’ve seen since the first Friday the 13th movie, yet completely fresh and original. I’d tell you more, but it would kind of ruin the fun.

It’s actually difficult to write this review without giving too much away. Luckily, what makes The Cabin in the Woods so much fun is that it’s so keenly self-aware. The multitude of twists and turns in the plot certainly enhance the experience, but knowing them wouldn’t necessarily destroy your enjoyment of the film (a la anything M. Knight Shyamalan has ever done). The writing is clever, serving up just about every horror clichÃ© you can think of and turning them into a good-humored slurry of blood and guts.

Unfortunately, its own cleverness is also its undoing. As the story of the five youths becomes a sort of play within the play, some of the horror of their situation is dampened as the plot’s slier elements begin to take precedent. The stakes of our heroes’ plight seem diminished. Also, The Cabin in the Woods seems to be making a valiant effort to make a point. Is it shining a light on the blood lust of moviegoers who have made the woeful schlock like the torture porn series Saw into a six-film franchise? Does it indict the audience for delighting in seeing young people shredded into lumps of goo by supernatural killers? I suppose it could, and perhaps it should, but if that’s what the film was striving for, it seems to back off and instead opts for a heavy-handed (literally) conclusion.

There’s plenty here to like, though. It’s smart, silly, sometimes scary (though not as much as I’d hoped), sexy and bloody. Film nerds will clamor to out-geek one another in picking out The Cabin in the Woods’ many well-placed horror pop culture references. Veteran actors Richard Jenkins and Bradley Whitford turn in memorable performances as key figures in the mysterious conspiracy that is at the heart of the film, combining sinister disregard with wonderfully dry humor. It may not be Whedon at his best, but it proves that he’s one of the most progressive voices in what is usually a very conservative genre.